Souvenirs of an expat life

Memories make up an integral part of expat life, memories of “home” or previous countries lived in, often rose tinted, usually nostalgic, sometimes sad, mostly happy, but always there.  Of course every life is comprised of memories whether expat or not, but here I’m talking from a personal point of view as an expat since birth.  My memories are helped kept fresh by many things including photos, music, smells and importantly, souvenirs. Souvenirs, for me, are precious keepsakes from my well-travelled life not just trashy trinkets from a weekend away.

Definition in English: souvenir   n.  a thing that is kept as a reminder of a person, place, or event.

Definition in French: souvenir   n.   a memory or a keepsake,  se souvenir   v.   to remember.

The English word comes from the French.  Souvenirs/memories, memories/souvenirs, in the Franglaise life I lead I find these two words being used interchangably, they’ve practically become one.  My souvenirs, things picked up in the 9 countries I’ve lived in, help keep my memories alive.  And so my house is literally littered with souvenirs.  Not t-shirts, mugs and magnets bought at the airport to remember a week’s holiday (though of course I have those too) but furniture, art work, soft furnishings, musical instruments, books, toys, crockery, even cutlery and glasses.  Look around my house and it’s obvious I’ve travelled! 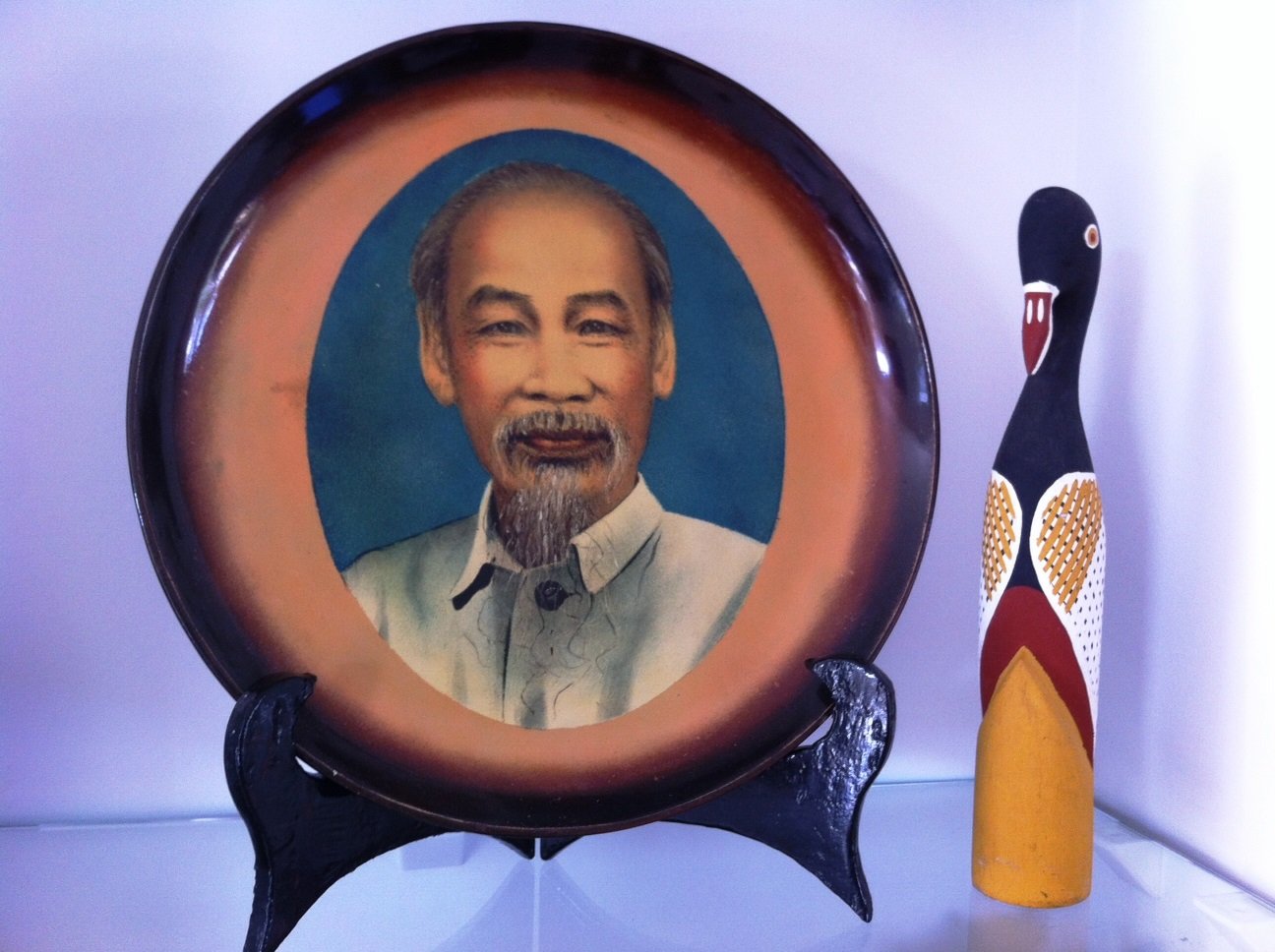 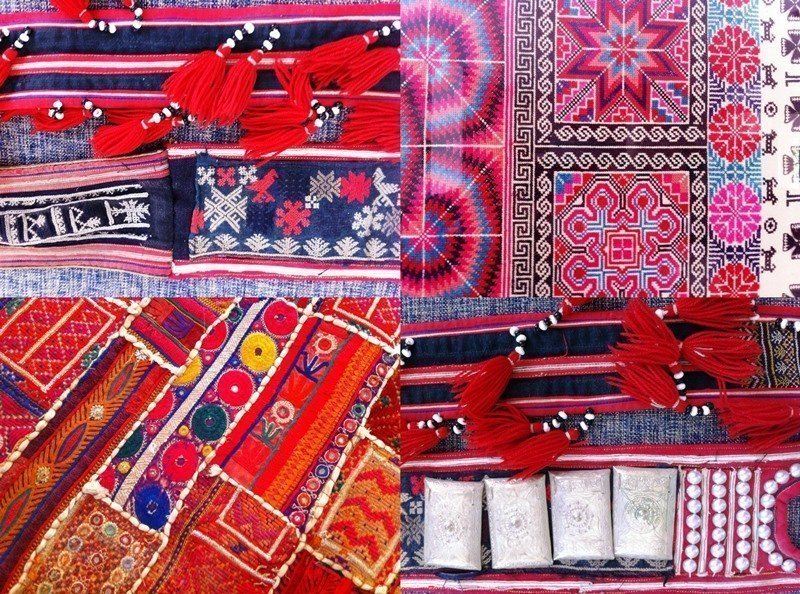 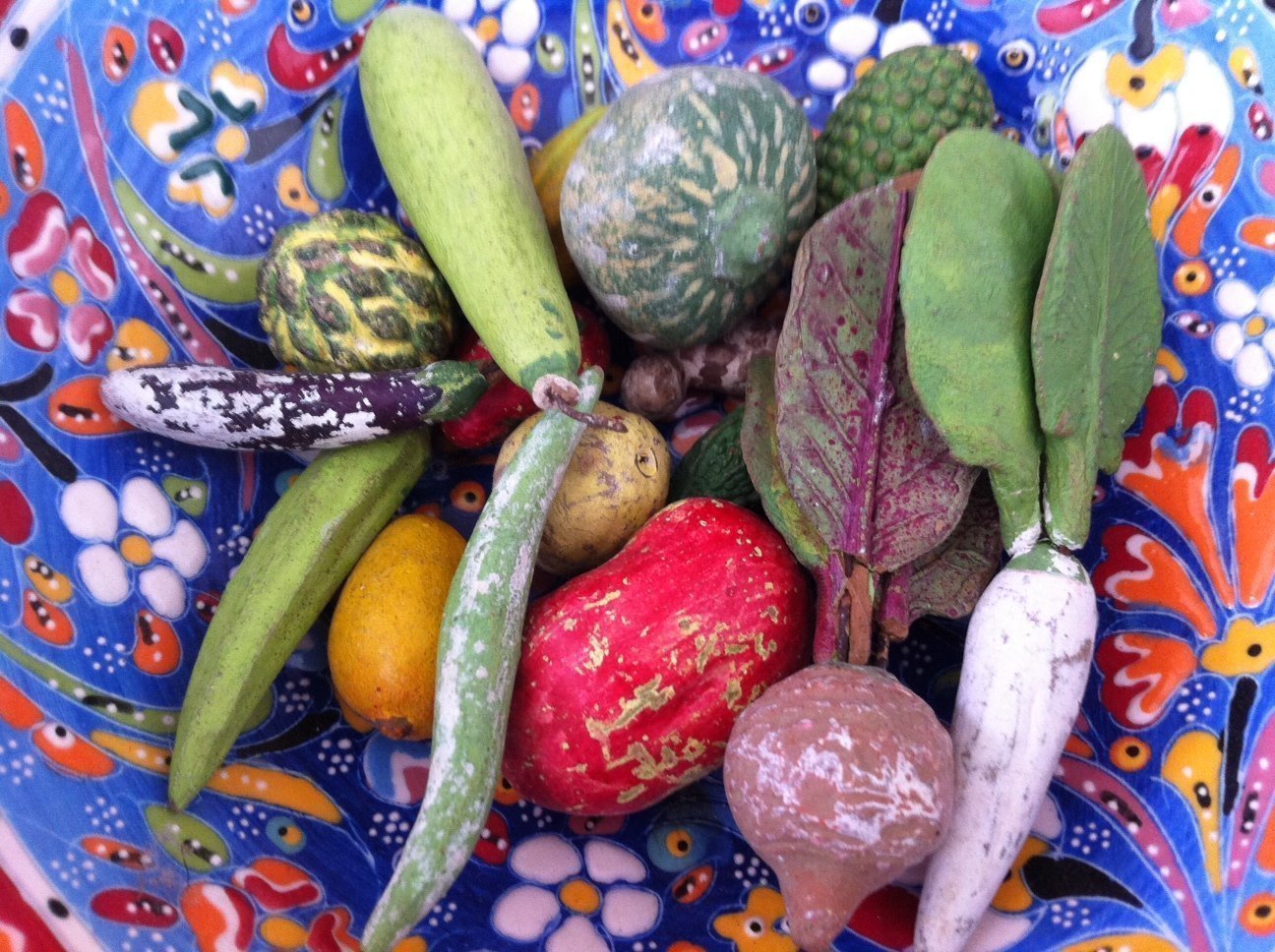 Indian clay toy vegetables from my childhood in a Bosian enameled bowl. 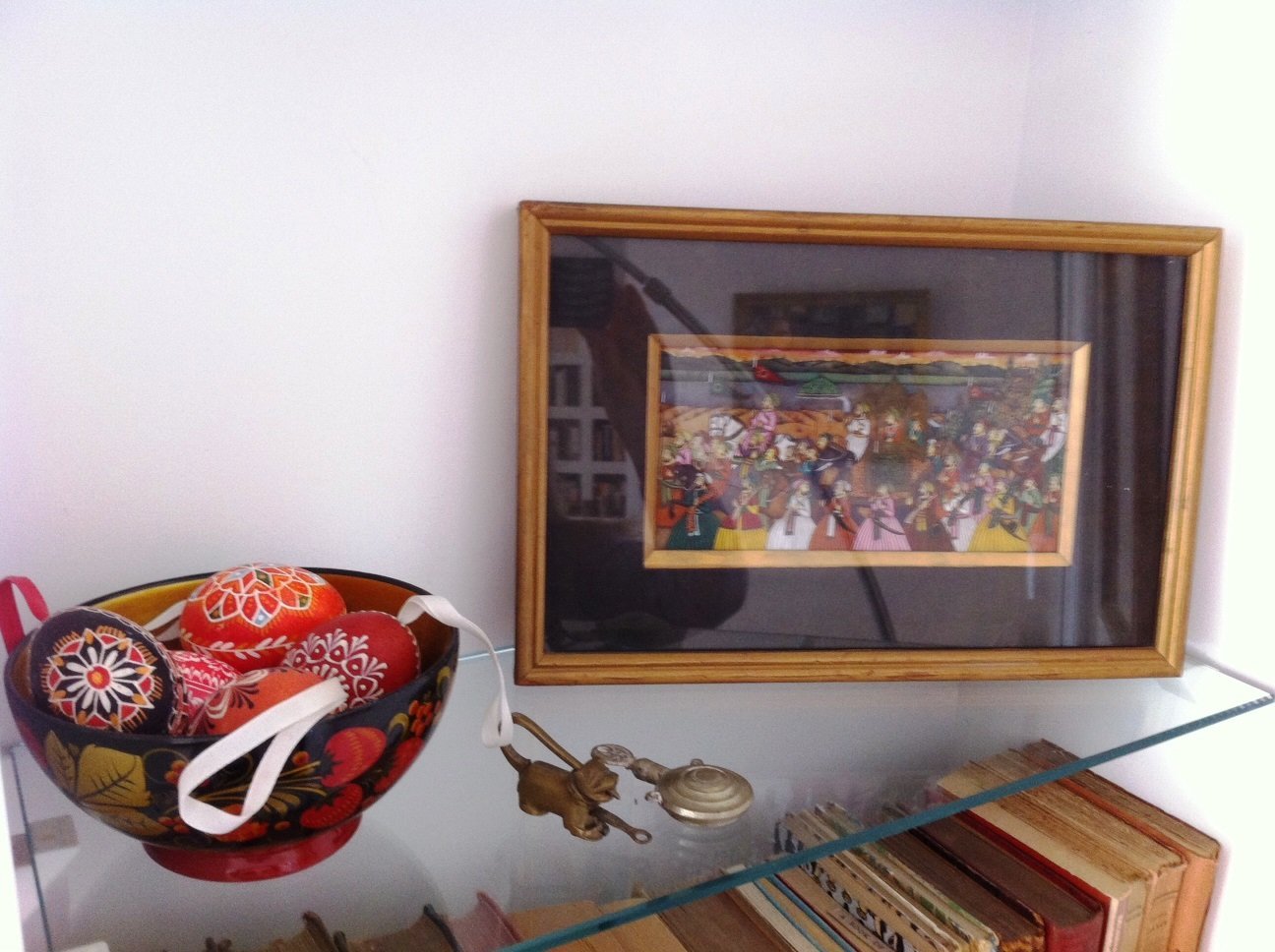 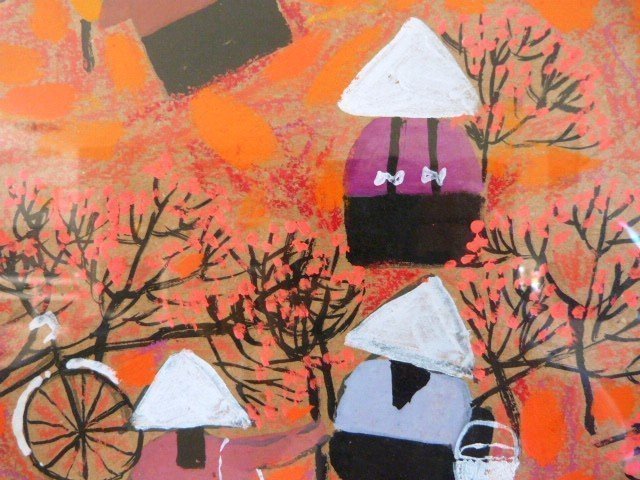 Detail from a Vietnamese painting. 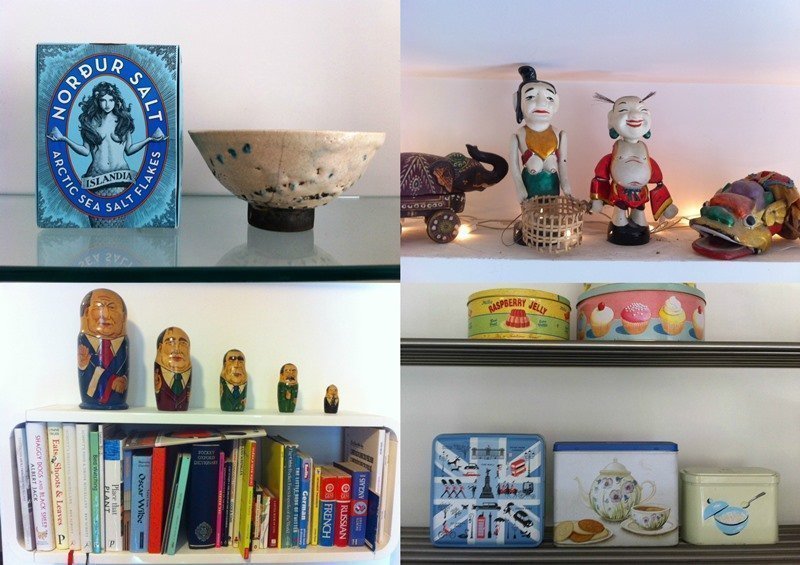 Shelf displays of an Icelandic salt box and French bowl, Vietnamese water puppets and Indian wooden elephant, original matryoshka dolls of Yeltsin, Gorbachev, Brezhnev, Stalin & Lenin bought in Bulgaria at the fall of the iron Curtain in 1989 and English tins. 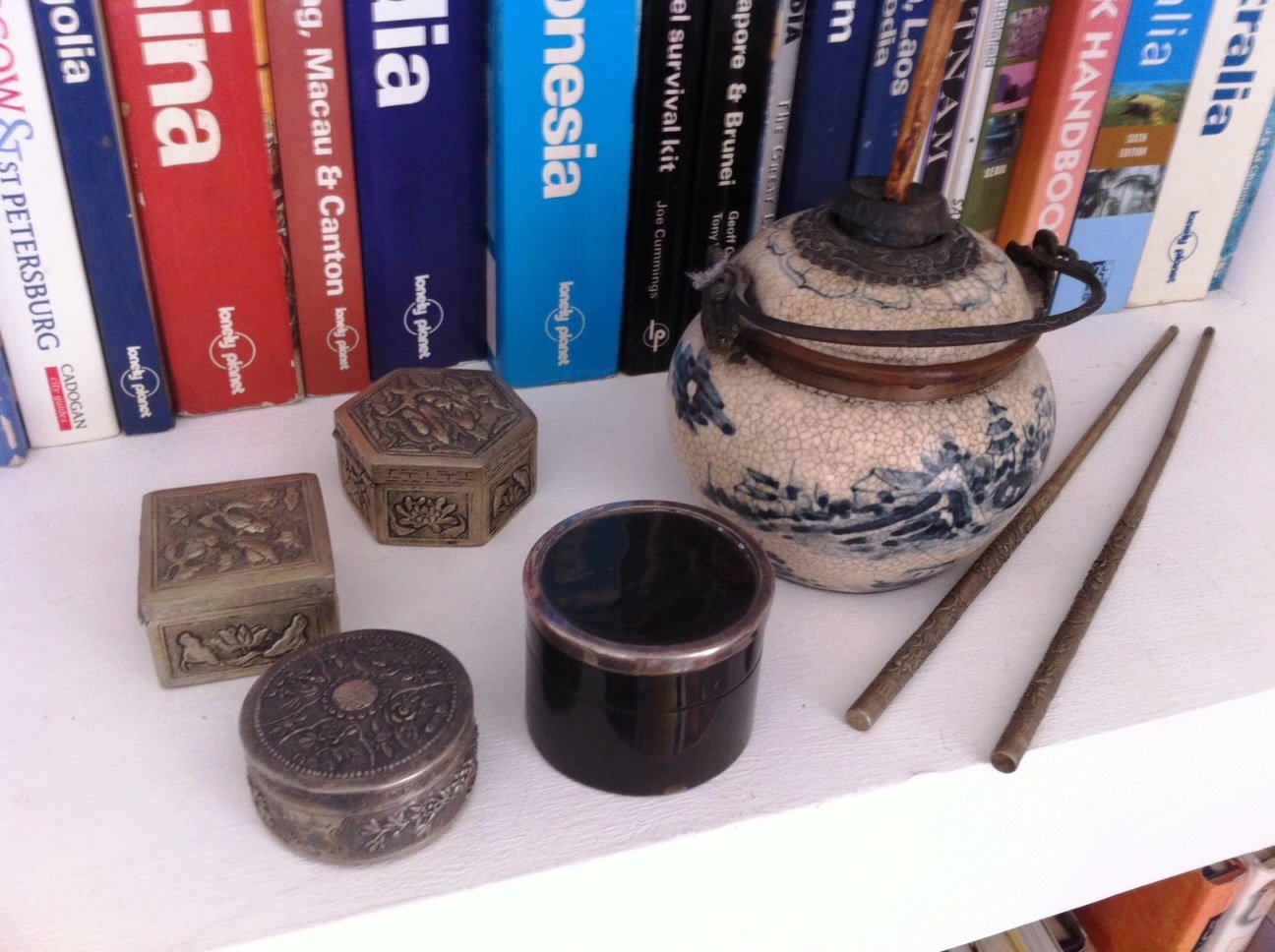 Something I come across more and more on social media, in this day of sharing every life event, is the trend of “creating memories”.  I see blog posts and Instagram pictures about families creating memories.  And, so?  Memories are wonderful, that’s not the issue, it’s the idea behind going out expressly to “create memories” rather than to have fun.  It’s as if living/enjoying the experience for itself isn’t enough, it has to be boxed up as an amazing memory for the child to have.  Surely that comes naturally as a result of having had an exceptional/interesting – dare I say it – memorable experience.  It doesn’t have to be labelled and it can’t be decided beforehand that it will be a memory.  I’ve even seen things like “bucket list for the weekend: create memories”!  This encompasses another pet hate, the ever more prevalent Bucket List.  Isn’t this supposed to be things to do/see/accomplish before you kick the bucket – as in die?  So unless you plan on dying by the end of the weekend, isn’t it really just a “To Do” list?  Doesn’t having a bucket list for the weekend, or half-term holiday or whatever, undermine the premise that bucket lists are for exceptional, usually one-off experiences, often aimed at stretching or challenging your comfort zone or realising a dream?  I know I know, the meaning of the expression is mutating and I need to get with it, but it’s one of my bah humbug things.  I can’t!  Just sayin’…  I digress…. 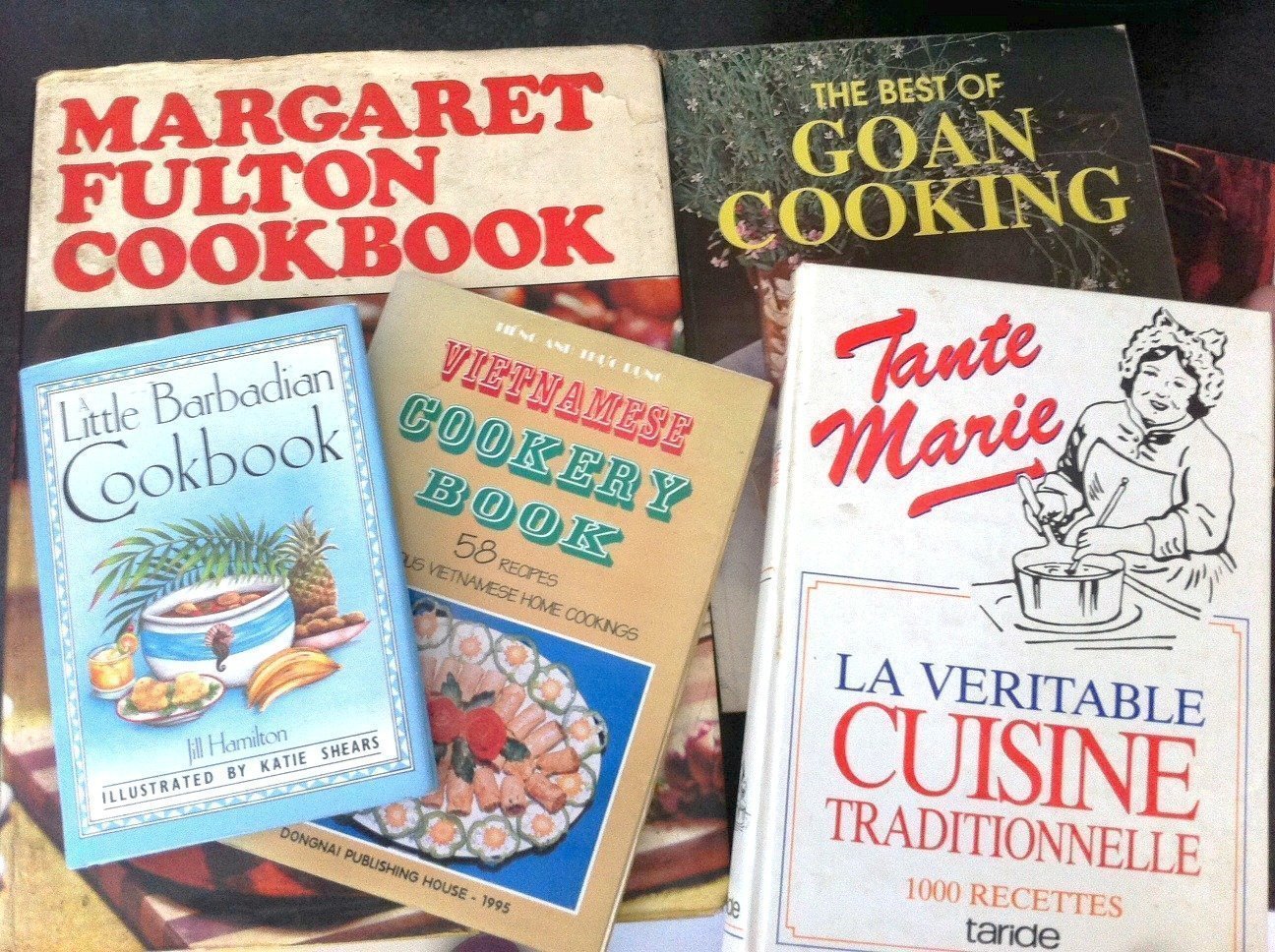 Authentic cookbooks from around the world. 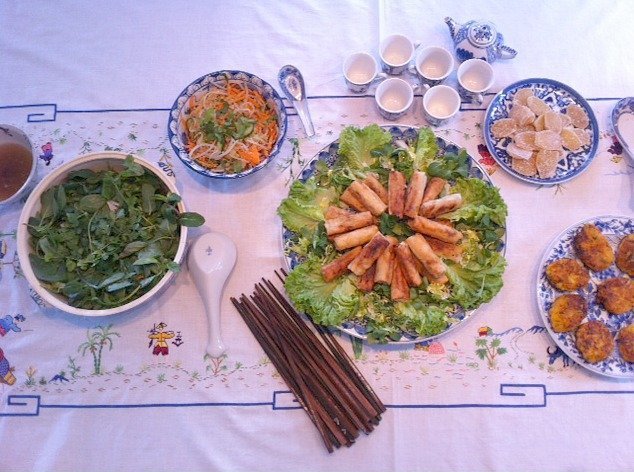 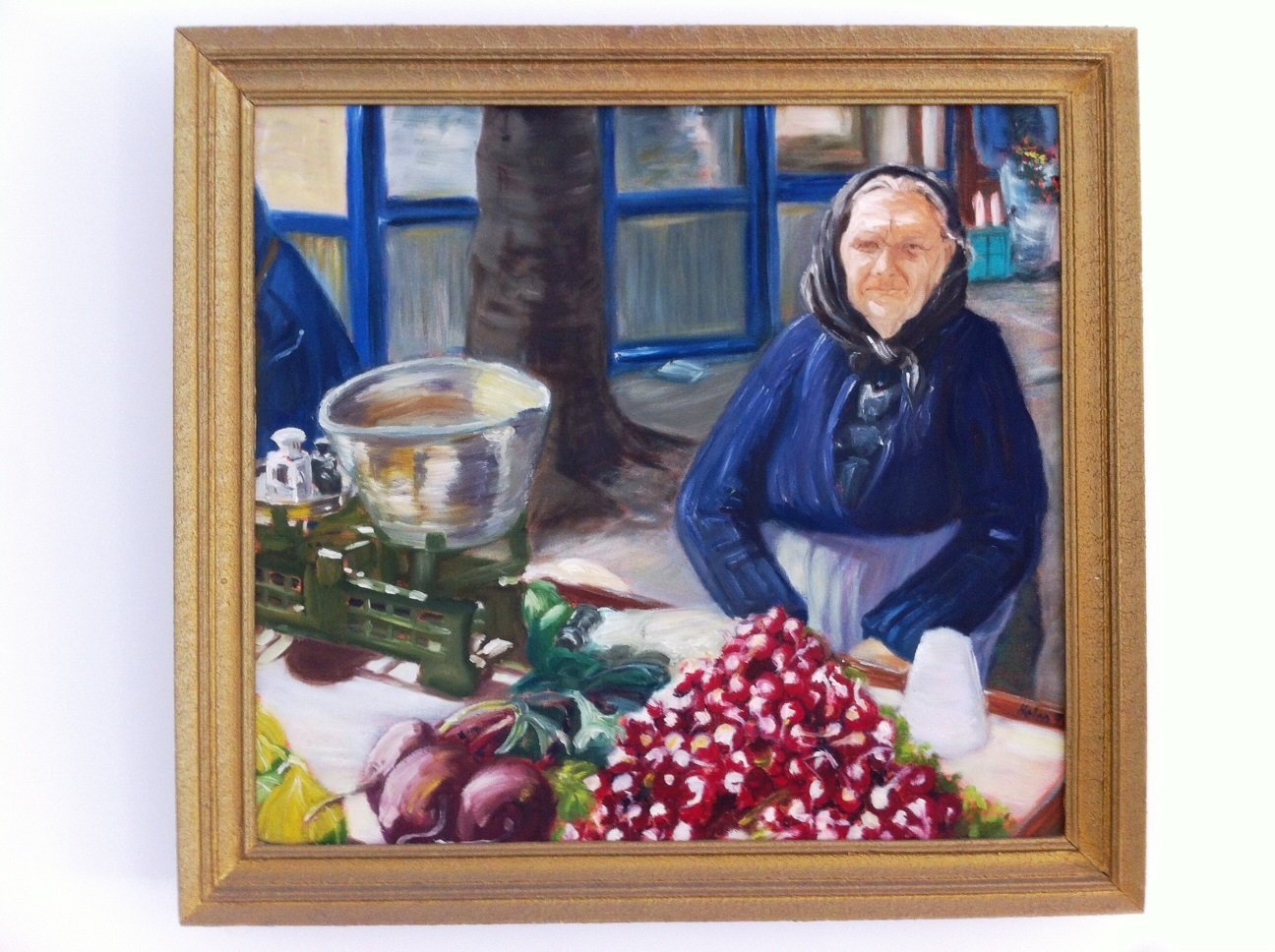 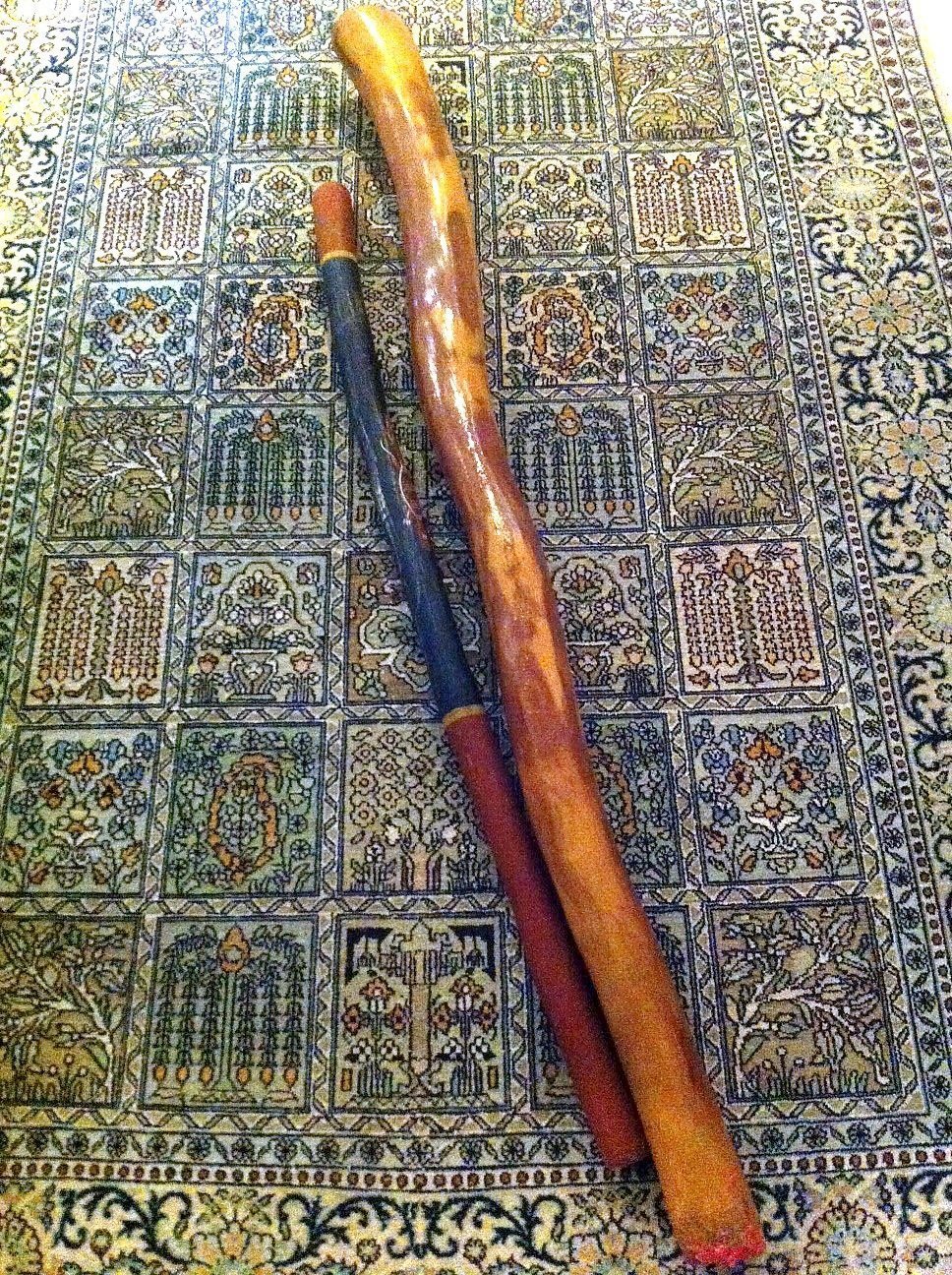 Didgeridoos from Australia on an Indian rug. 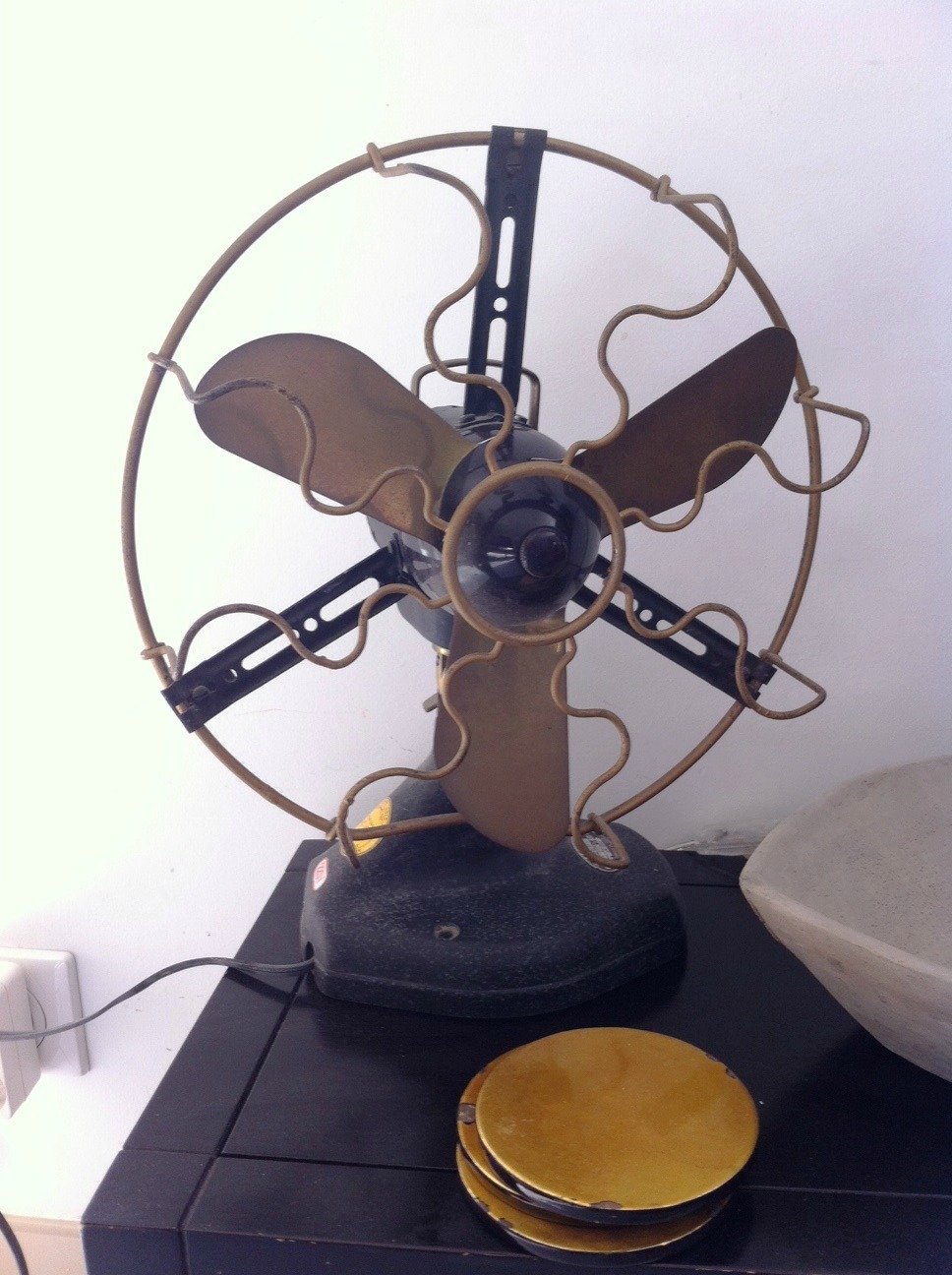 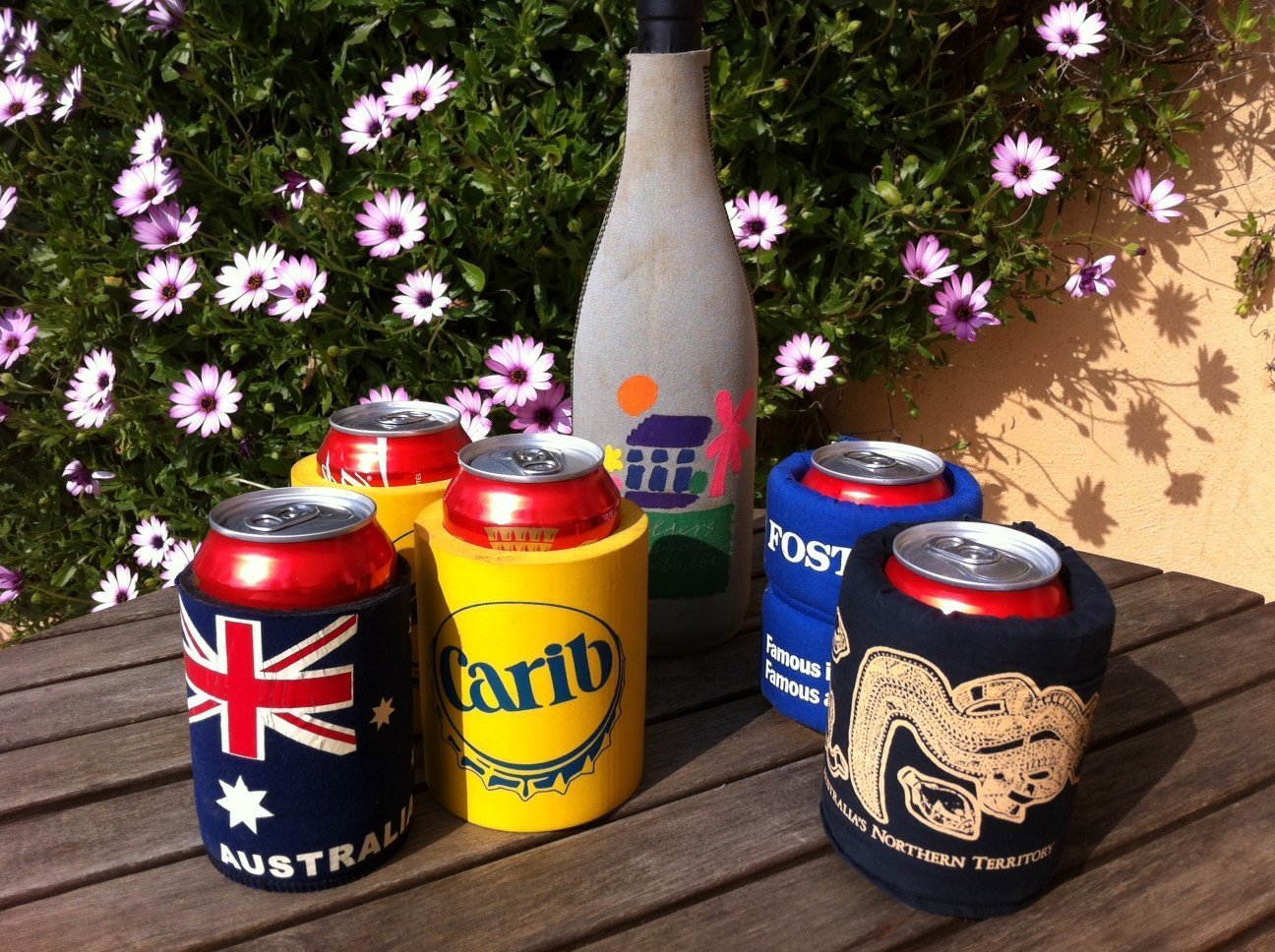 Can and bottle coolers from Barbados and Australia.

So back to my souvenirs, almost without exception the bits and pieces I’ve photographed here came from places I’ve lived.  If not lived then spent significant amounts of time (months) in.  You’d think that after 10 house moves in 6 countries during my childhood and a further whopping 19 moves in 4 countries since leaving home aged 18, I’d have nothing left!  Each time I get rid of a ton of stuff, I really do!  But I still have a lot of souvenirs.  And I’m glad.  I love my stuff. 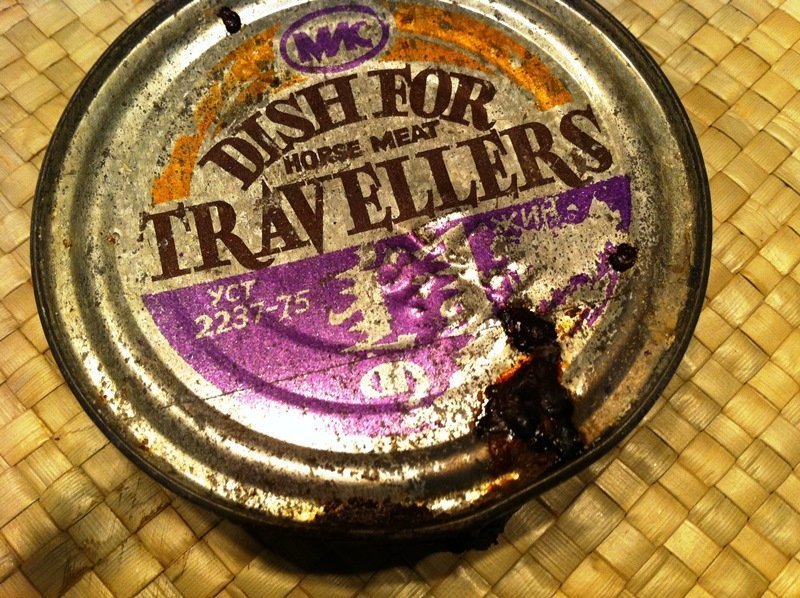 One of my favourite souvenirs ever came from Mongolia – a place I haven’t lived in (!) This tin of horse meat “Dish for Travellers” survived 20 years on display in my various homes until I had to throw it away last year as it was leaking!  I never opened it, that wasn’t the point, I didn’t buy it for the meat.  I bought it as for me, it was unique.  It summed up what a wild frontier of a place Mongolia was in 1994, just emerging from Soviet control.  I simply loved the basic functionality of its design with old Mongolian script, a bit of Cyrillic and wonderfully pragmatic English translation. Who could resist such handy travelling victuals!

Do you keep souvenirs?  Or do you keep memories alive another way?  I’d love to hear from you.

The Beginnings of a Multicultural Marriage

A night at the ballet 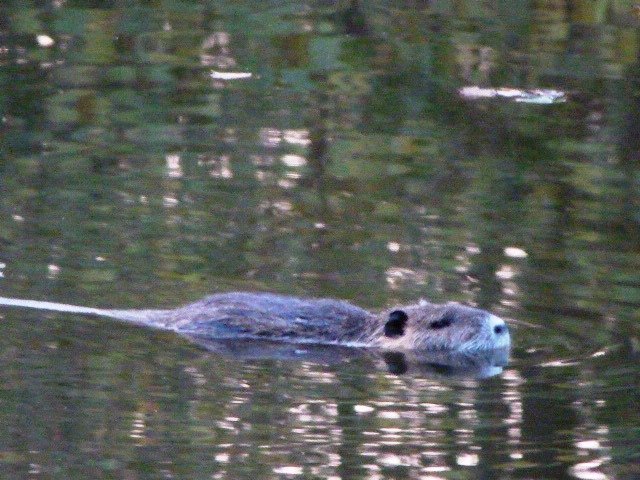 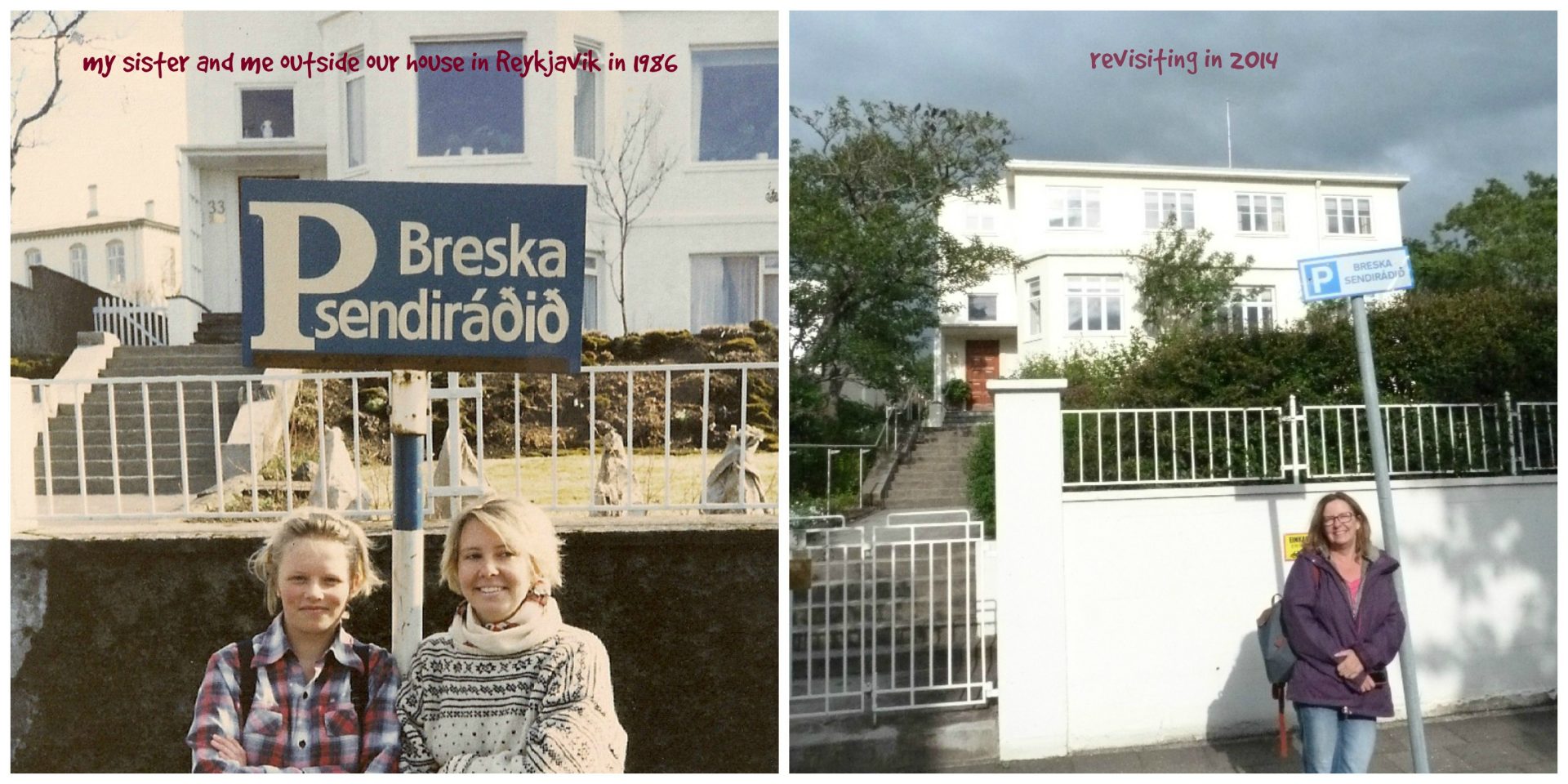 Getting back into the swing of things

And.... #relax! Today's prompt from #lovemyfrenchs

Bonjour vendredi! Here's a little treat to end the

One of the reasons it never feels too wintery on t