Processionary Caterpillars – What Are They?

On a recent day out to the mountains to check out the dire snow situation in the local ski resort we were taken aback by just how many nests of processionary caterpillars we saw in the pine trees and how much destruction they had caused.  There were vast areas of what looked like dead trees and more nests than I’ve ever seen. Some trees were groaning under old dried-out brown nests while others were still healthy-looking but covered in silky white “tents” about 15cm in diameter. 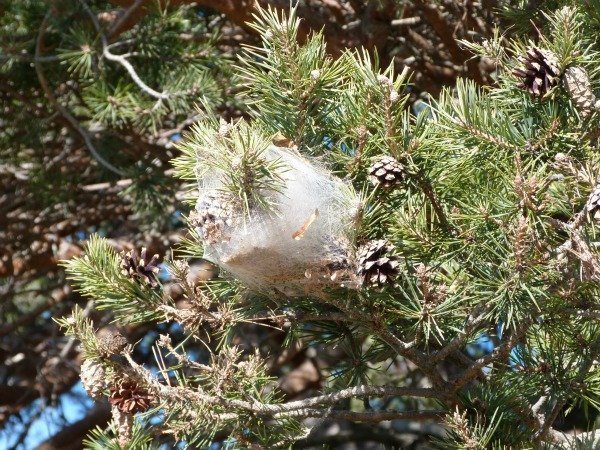 What are these nests you might ask?  For those not in the know you may even find them attractive, but take care and read on….They are made by pine processionary caterpillars (or chenille processionnaire in French), pesky little insects that can cause a nasty sting, and can be dangerous to babies, young children, anyone with allergies or a weakened immune system and pets.  They are found attached to branches of pine trees throughout southern Europe and in recent years have been spreading further north.  The Mediterranean area is particularly affected. 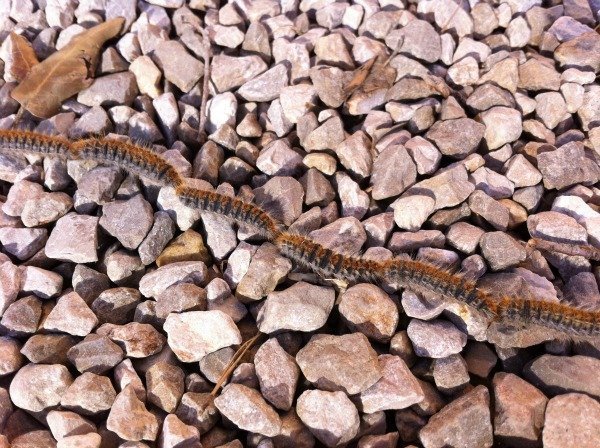 Each nest houses hundreds of processionary caterpillars all snuggled up inside.  The little beasties keep warm in the sun during the day and sneak out at night to feed on pine needles. Their voracious appetites strip the tree of its needles which can eventually seriously damage the tree, even kill it.  Certainly where we were near Gréolières les Neiges vast areas of forest looked dead or very sick.  In the spring once the caterpillars have eaten their fill from their particular host tree they descend from the branches and travel reasonable distances across the ground to find a place to bury themselves and pupate. 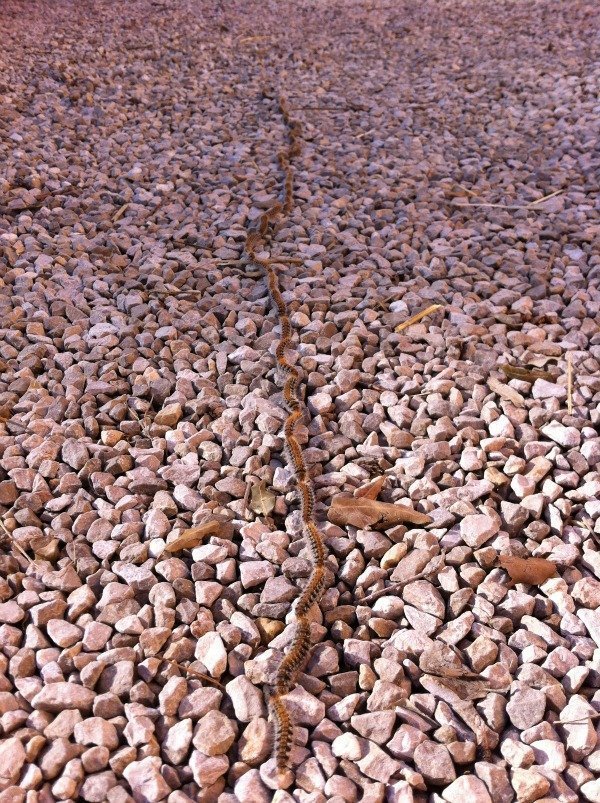 It is while they are travelling across the ground in the spring that you can see where their name comes from.  Processionary caterpillars are so-called because they travel in processional chains of up to several hundred head to tail all in a line.  This of course looks fascinating and tempts people to take a look, touch, poke or otherwise get too close.  People and curious dogs or cats. The problem with this is that the caterpillar is covered in microscopic urticating hairs which when touched leave a painful rash.  In the case of dogs or cats, they will then lick the itch which transfers the hairs to their tongue exacerbating the situation and in extreme cases causing necrosis.

The hairs can also travel through the air resulting in respiratory problems.  Anyone with allergies should take extra care around the nests and lines of caterpillars as the toxins can occasionally cause severe allergic reactions.  Pet owners should take their animal to a vet immediately if they notice irritation around the mouth, nose and eyes or obviously if they actually see the animal touch the caterpillars.

The processionary caterpillar’s nests and chains are usually very obvious which makes it easy to see where you should and should not walk your dog or settle down for a picnic.  There is no need to panic in areas affected, just be aware, take sensible precautions and don’t get too close. 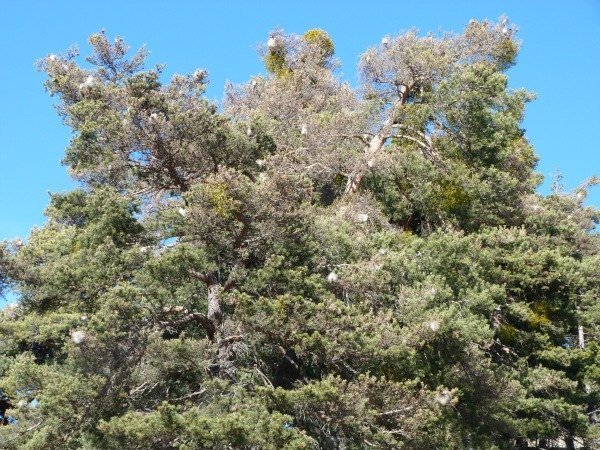 I can count at least 24 nests in the above photo.  Have you ever seen processionary caterpillar nests or the crazy processional chains?  If so, where?  I love hearing from you.

Wildlife at Lou Messugo, what a bore! 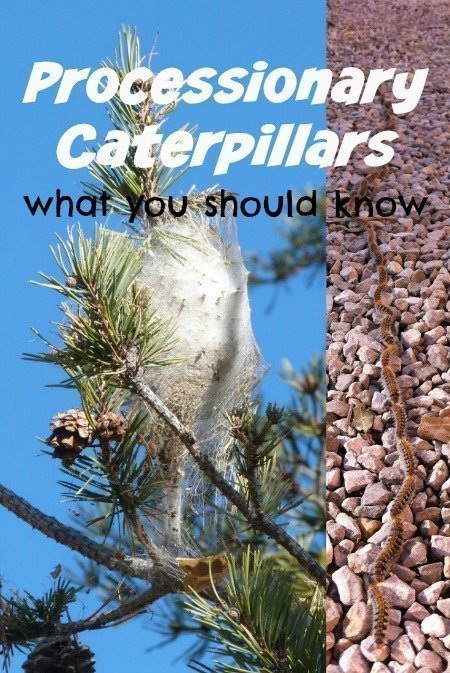 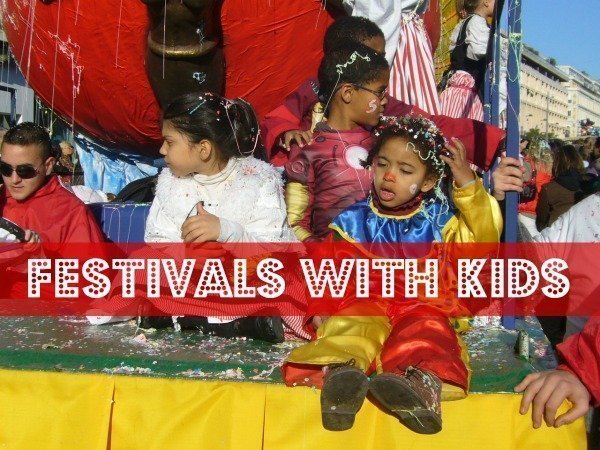 Travel With Kids: Festivals Around The World 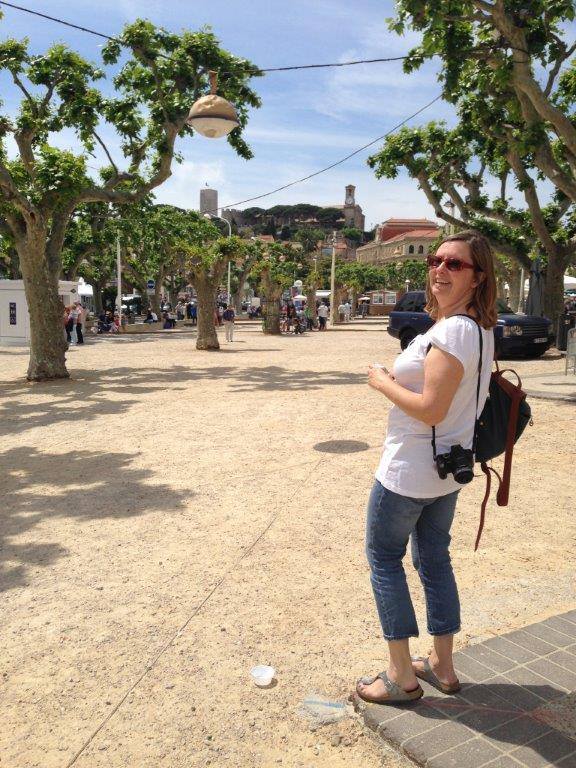