We’ve had snow on the Côte d’Azur this week.  It’s such a rare occurrence that I felt it justified a photo reportage direct from the garden at Lou Messugo; very few words…the pictures speak for themselves.

Almost as soon as it started to snow I rushed out to take photos as I was convinced there wouldn’t be much.  The photo below is one of the first (actually that’s not true, I deleted the very first ones which only had a very light sprinkling). 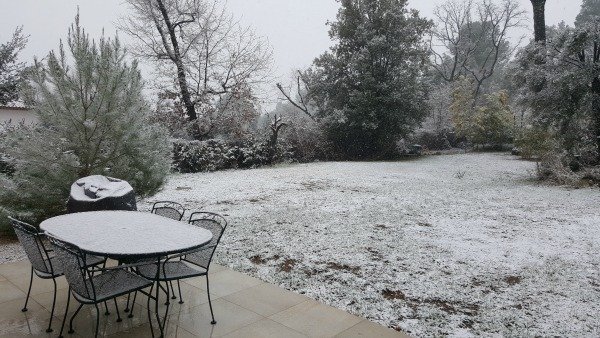 My sceptical self was wrong and it snowed pretty heavily for about seven hours.  The video below shows how the same table looked later in the afternoon (while it was still snowing) and what fun could be had rolling a ball over it.

It’s school holidays here so the little kid and his friends had a wonderful day playing in the snow, inventing new games like snow trampolining. 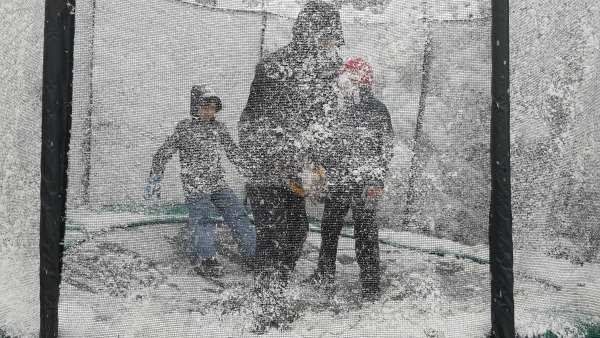 And of course the obligatory snow angel but apparently it wasn’t good snow for a snowman. 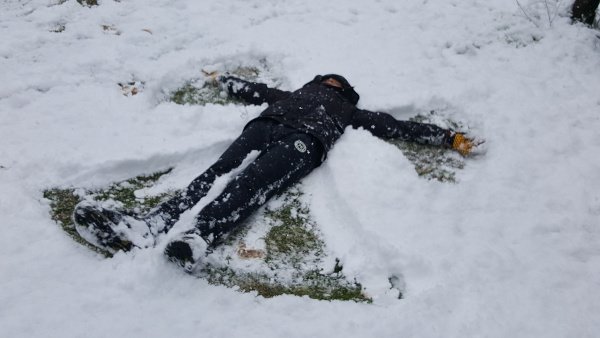 While the kids played I took a walk around the garden. 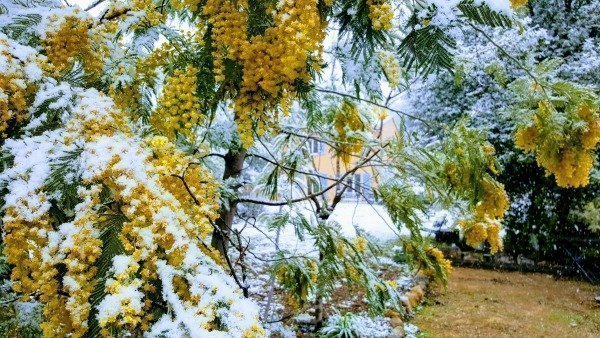 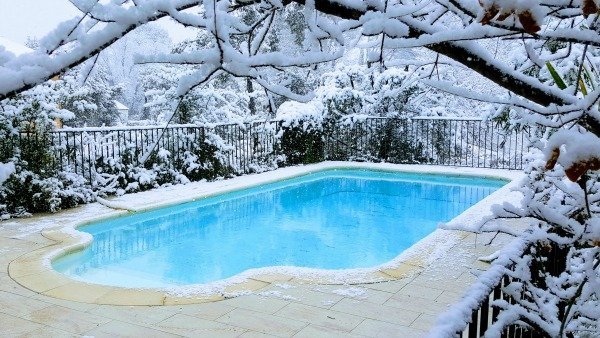 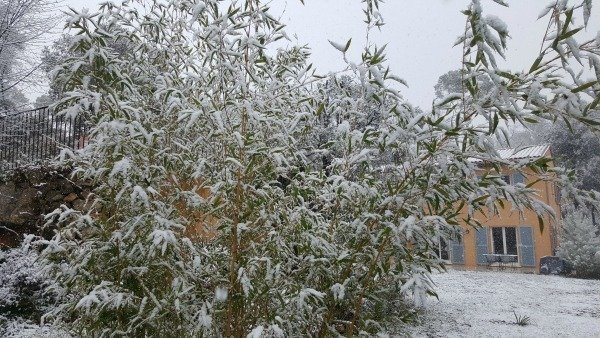 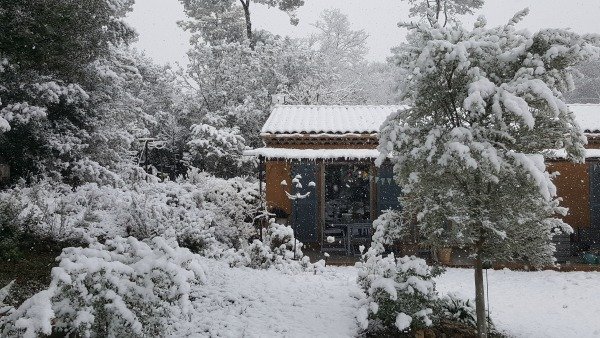 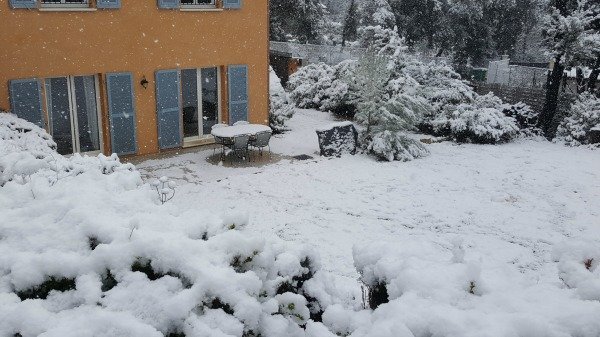 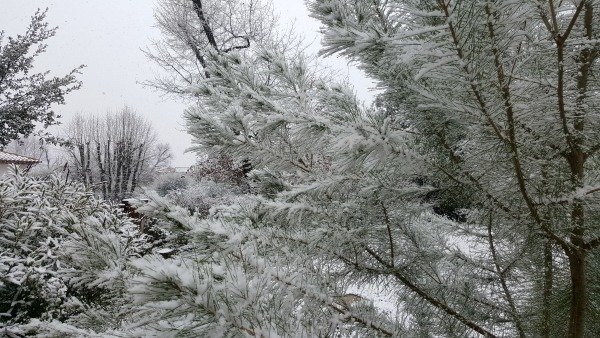 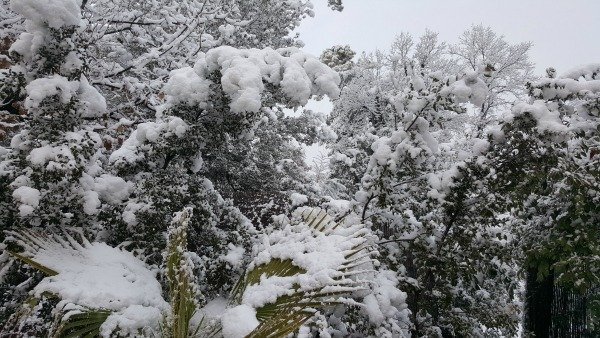 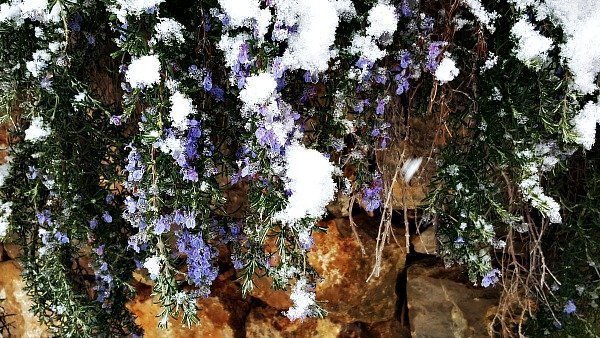 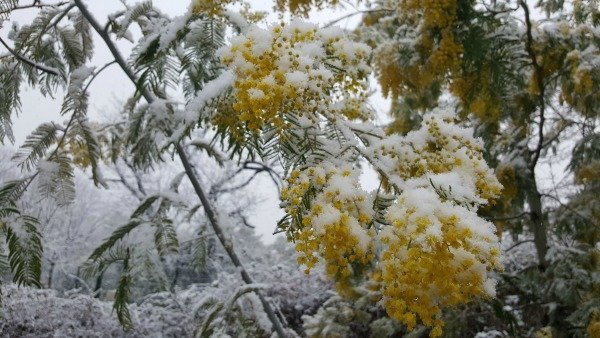 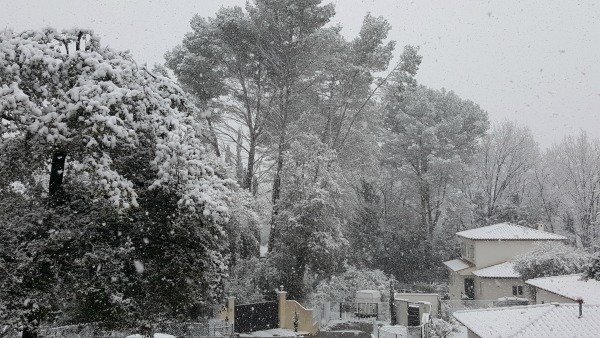 The next morning the sun tried to come out. 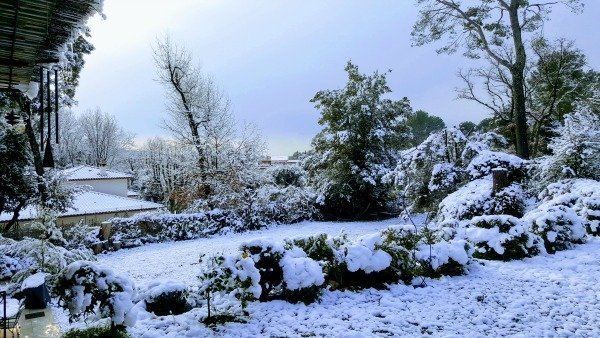 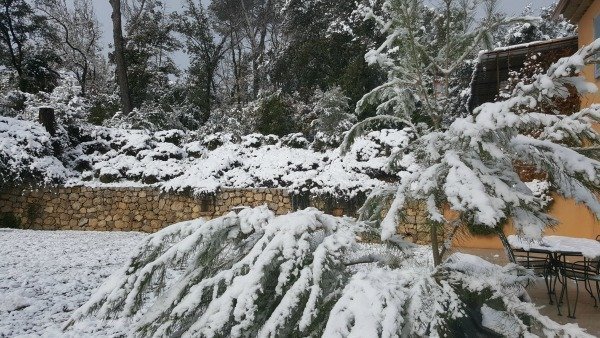 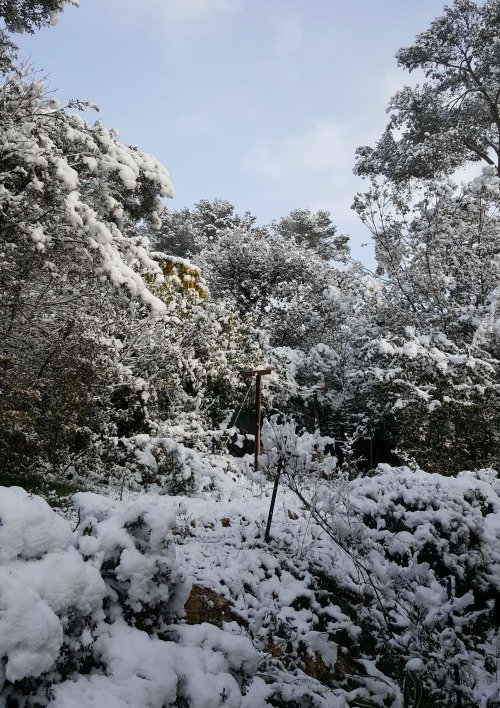 Real snow like this is rare here, we occasionally get a sprinkle but I think the last time it snowed this much was in February 2012 and just look at how the garden has changed! 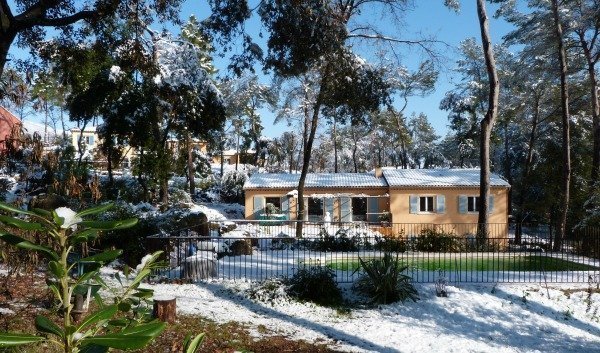 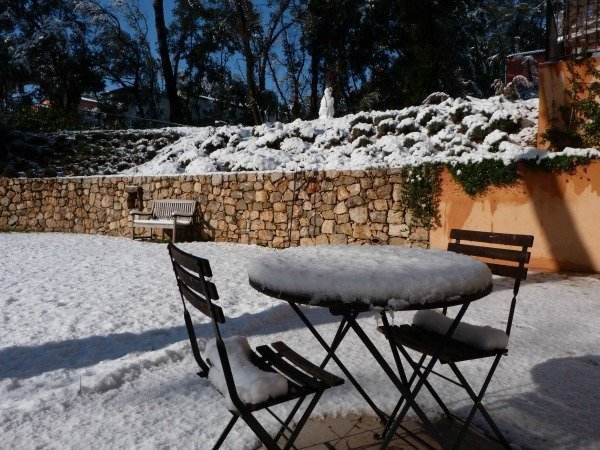 And how little the little kid was!  It was half his lifetime ago and he’s really not so little anymore. 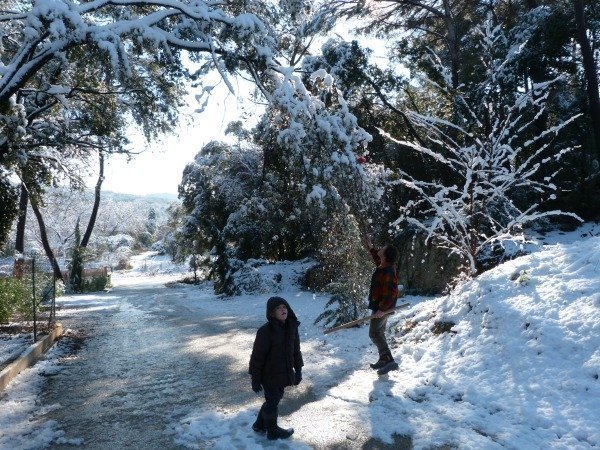 I’m sure we’ll be back to regular spring weather very soon but in the meantime we’re making the most of the “Beast from the East”!  Have you had snow this week? 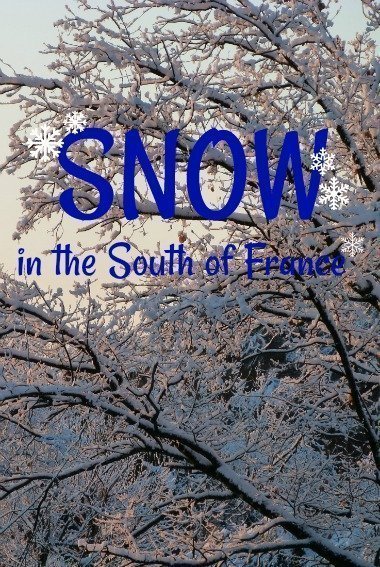 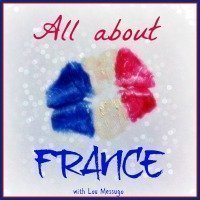 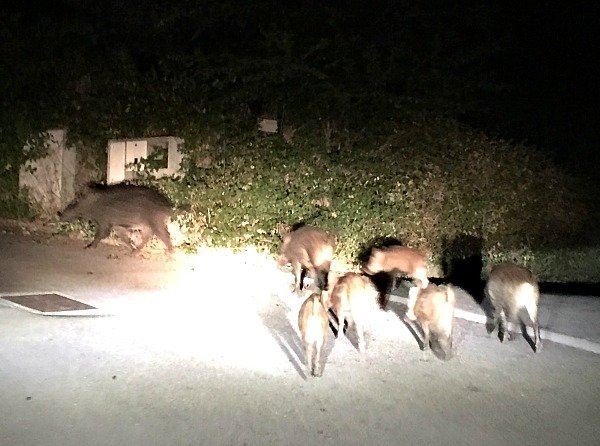 The Pigs are Back! 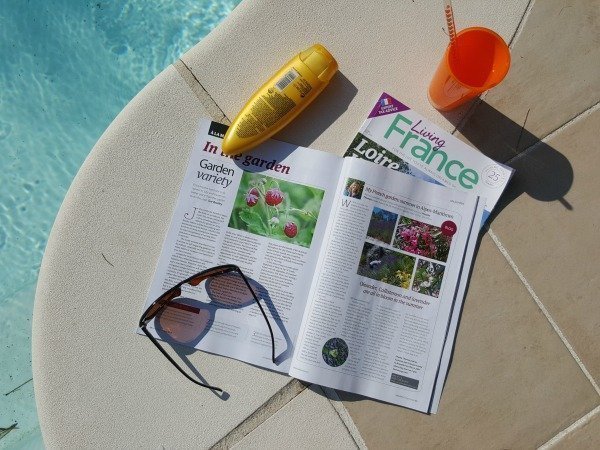 My French garden: summer in Alpes-Maritimes