I’ve written before about how June is the month of fêtes, full of festivities, festivals and fun. Once again it’s sped by at breakneck speed and tomorrow it’ll be July, with the “official” start of the summer season. But just before that happens let me show you what happened in my town, Roquefort les Pins, last Saturday night: the summer solstice fire fest.

Along with a sizeable crowd watching from only 30-40 metres away, we ooed and aahed with each increasingly loud and long burst of colourful sparkles, reflecting that our taxes were literally going up in smoke! (Me, cynical..noooo!) 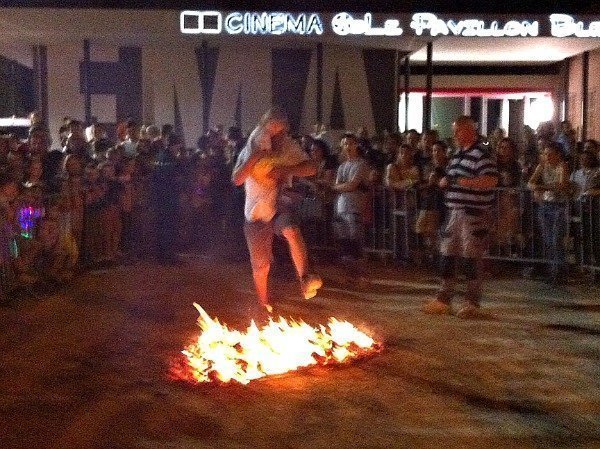 The fête is for the feast of St John which despite its name, has its origins in pagan times and it was only with the advent of Christianity that it became associated with the birth of John the Baptist.

It is a celebration of the summer solstice, or Mid Summer, and the date, 24th of June, was the day of the solstice in Roman times.

This year the 24th fell mid-week so Roquefort les Pins celebrated on the 27th, but the nearby village of Valbonne always holds its Feu de St Jean on the actual day.

Many countries around the world celebrate the solstice in one way or another often with fire and France is no exception. Different regions have varying traditions but all revolve around fire. Here the practice is to jump over the bonfire as the embers die down, a tradition which has evolved from an ancient rite of purification associated with springtime. 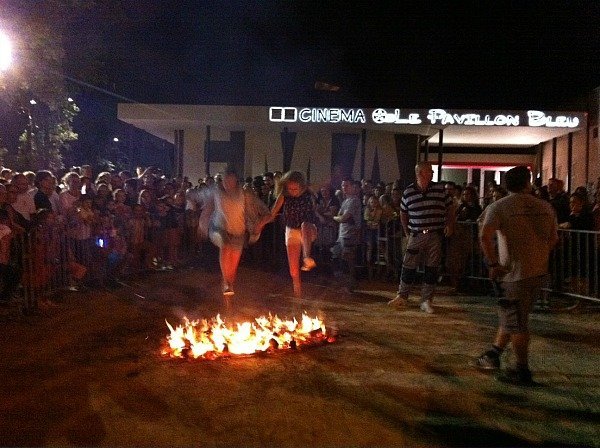 After the fireworks comes the fire.  This year a big bonfire was lit on the esplanade in front of the local cinema and drew a bigger crowd than usual.

Once it dies down to reasonable levels everyone lines up to jump over it; it’s mainly kids (my 10 year old must have jumped at least 10 times!) but there are also brave or foolhardy grandparents leaping with their grandchildren, parents with babies in arms and couples taking the leap hand in hand.

Funnily enough I found I was wearing inappropriate footwear and had to forgo my turn…now how did that happen? 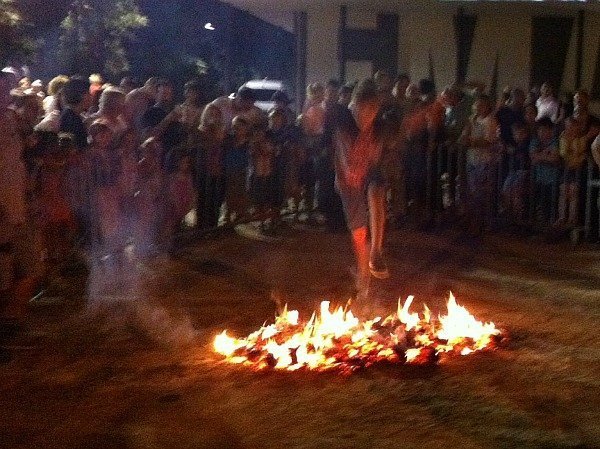 I love that health and safety rules haven’t banned this simple fun in this increasingly risk-averse world.  In the 8 years I’ve been going to fire jumping fêtes I’ve never once seen an accident but to be fully sure the fire doesn’t get out of hand or anyone gets hurt, the Pompiers (who are also paramedics in France) are always nearby.  And of course they put it out at the end (we are in a high-risk area for forest fire after all!) 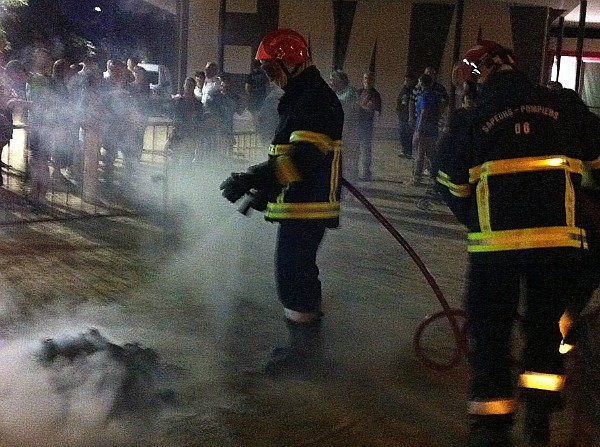 The fire is followed by a bal which this year turned out to be a singing DJ playing a funky mix of 80s tunes for us oldies and recent chart hits.  Good family fun under the stars.

All generations were out doing their thing on the dance floor from 2 to 102 years old (well, I don’t know for sure about 102 years old but some of the oldies looked as though they weren’t far off!)  Community spirit was alive and well amongst Roquefortois and when we left around half eleven it was still going strong. 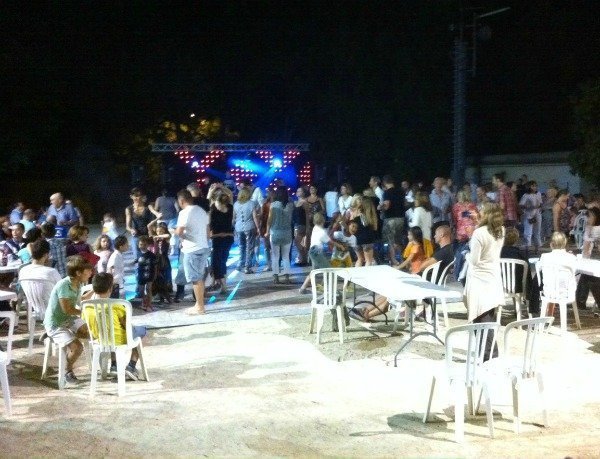 Does your town celebrate the Summer Solstice?  What do you think about fire jumping?  I’d love to hear from you. 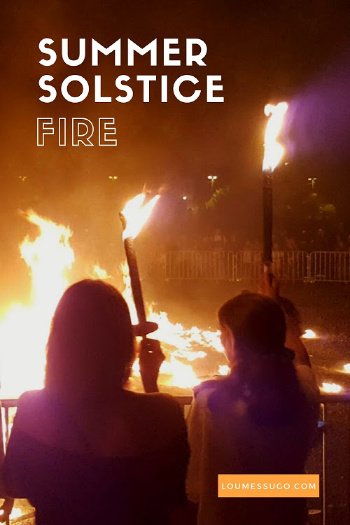 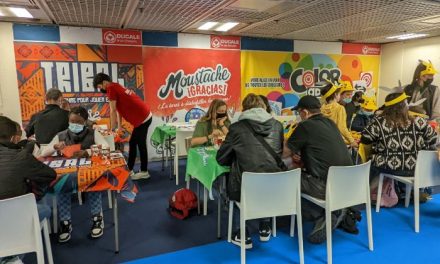 Fun and Games in Cannes