On the 1st of May and then every Sunday throughout the month, Nice celebrates the arrival of spring at lu festin de Nissa.  This custom dates back to Roman times when a “Mai” (a large pine tree felled in the nearby forest) was displayed in a temple and decorated with garlands of flowers and laurel leaves.  Over the centuries the celebrations evolved to include dancing around the Mais placed in symbolic locations in the old town, while eating local specialities and playing “pilou” or “vitou” (two traditional Niçois games).  A May Queen is usually elected too.

Nowadays lu festin de Nissa takes place amongst the beautiful ancient olive trees in the garden of the Cimiez Arena, itself built on the ruins of the Roman city of Céménelum, in a sense bringing the “festin” back to its roots.  It still involves plenty of eating, drinking, folk dancing and traditional games for children.

The lovely medieval village of Haut-de-Cagnes, in fact the old centre of Cagnes sur Mer, also holds its own very similar party, la Fête des Mais, but I must admit that when I first saw the poster for this festival I couldn’t imagine why Cagnes would celebrate corn.

Let me explain, for those of you who don’t speak French, the word for corn is “maïs” (like maize).  So not paying full attention I read it to be the Fête des Maïs.  This part of the world is not known for its corn production so I just didn’t get it. But what I hadn’t noticed was the two little dots above the i were missing, making it “mais” not “maïs”, see what I mean?  Easy to mistake.  Having sussed this, I still didn’t know what the festival was about, assuming it must be something to do with May (mai) but why the s?  Time for a little research which ended up in me writing this blog.  Mai in this context turns out to be a Nissart word (a sub dialect of Provençal).

If the rain holds off we’ll check it out ourselves en famille the day after tomorrow and report back….

(2 days later) … and here you have it; the rain stayed away, the sun shone and we had a great time in the gorgeous old town of Haut-de-Cagnes. We chose Cagnes over Nice as the programme seemed more geared to children and our 7 year old, reluctant to go at first, didn’t want to leave he ended up having so much fun. Highlights included the crazy game of square boules played on a steep slope and traditional wooden games, The following photos are from today, 1st May 2013. 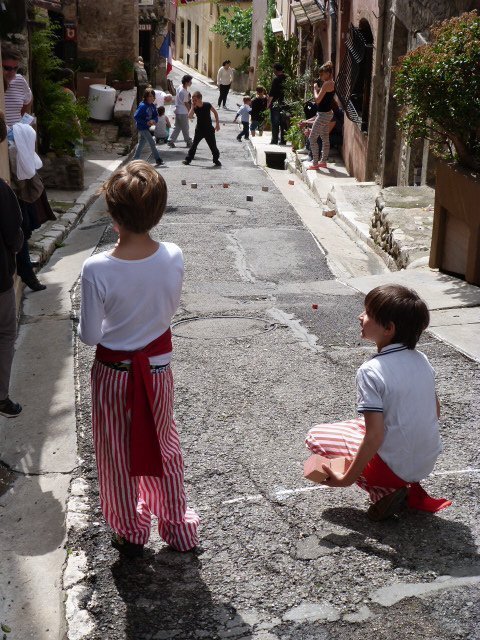 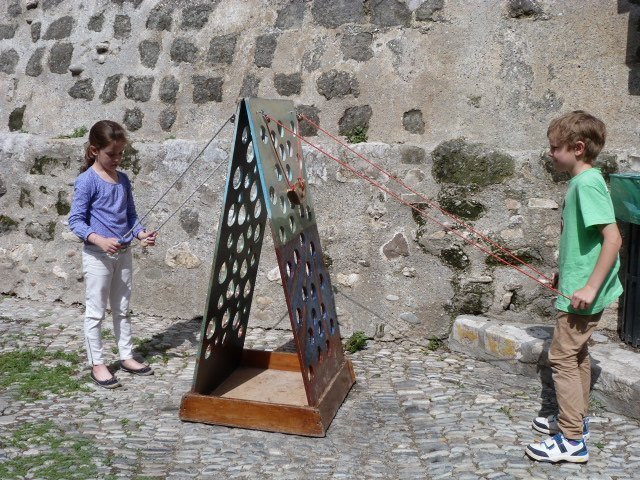 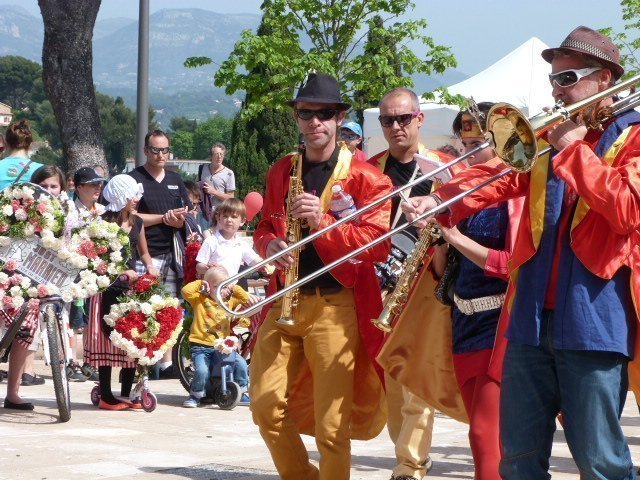 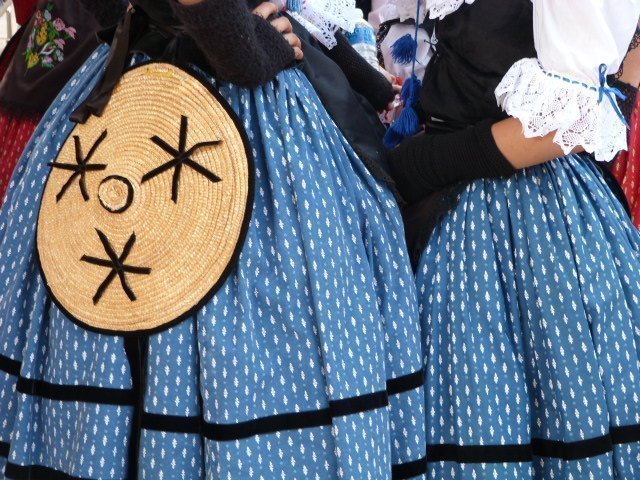 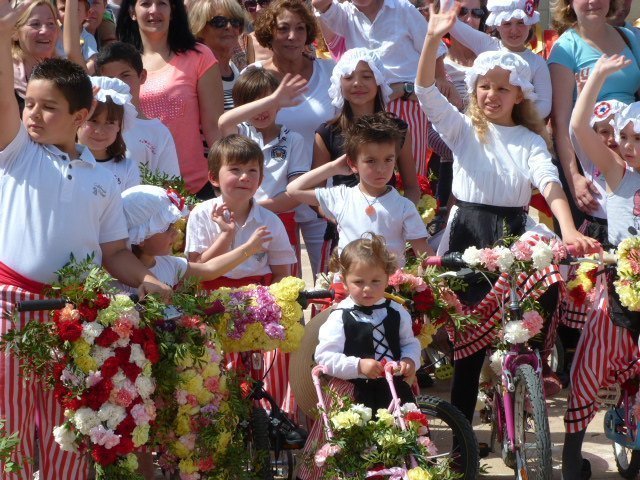 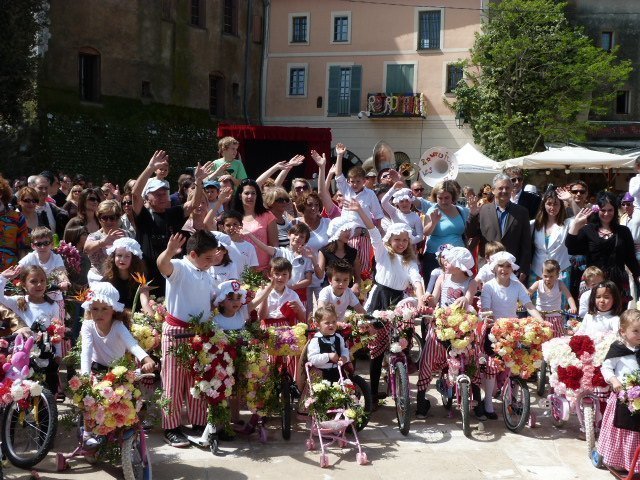 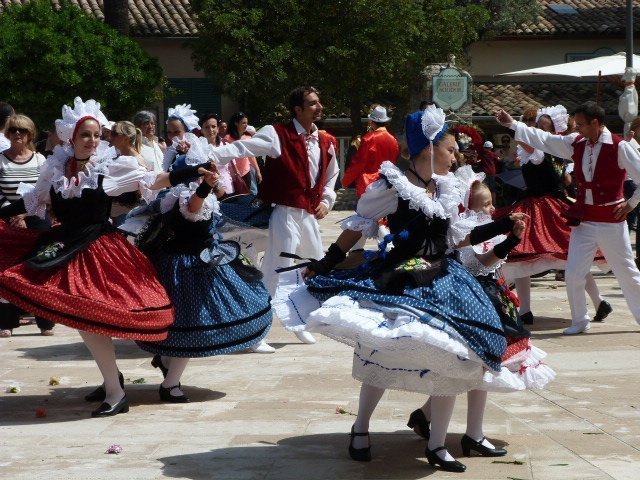 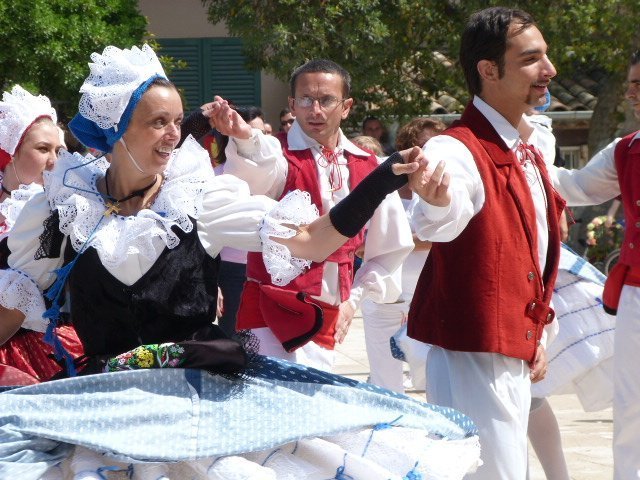 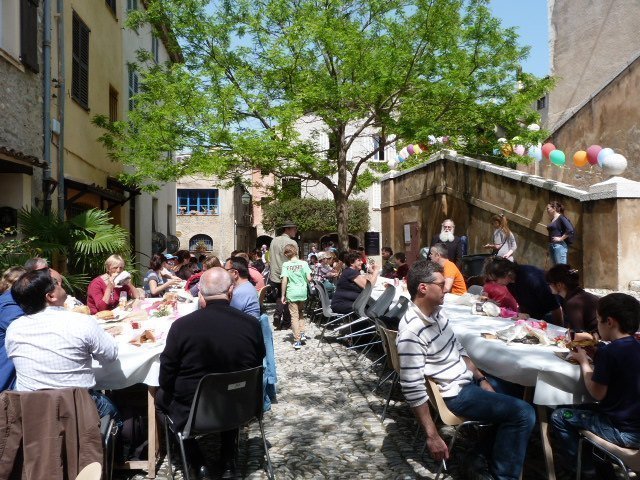 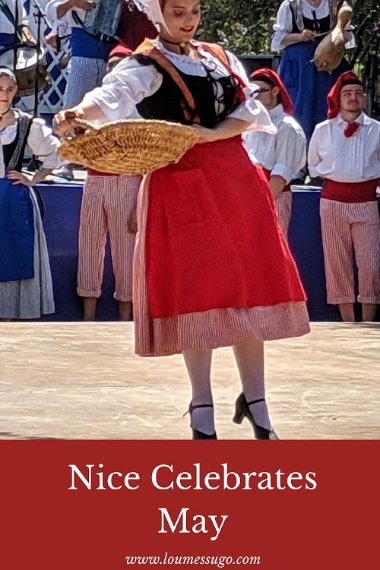 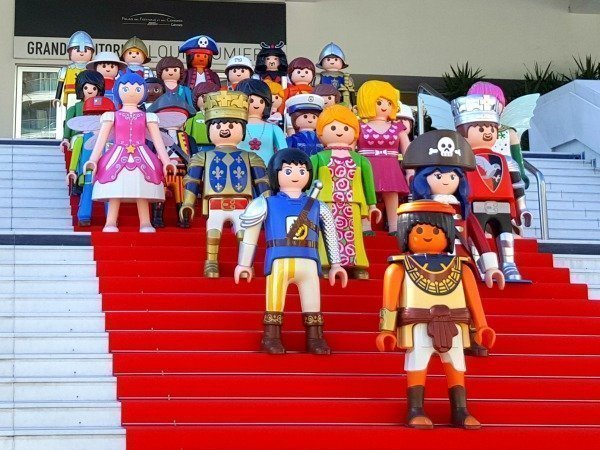 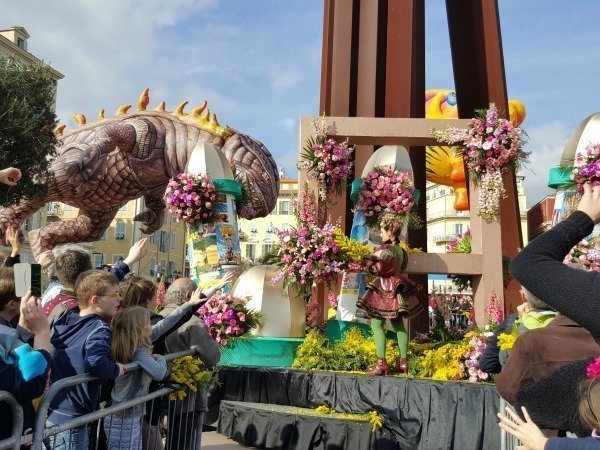 Battling With Flowers And The Meaning of Carnival in Nice 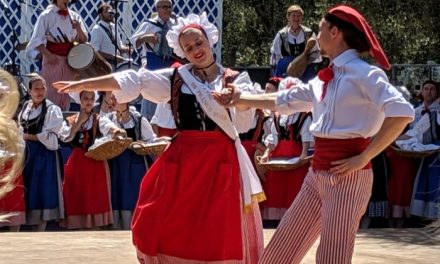