In the second in the series of far-flung France today’s post comes to you from the island of Mayotte. My guest blogger is Curtis Bausse, a Welsh writer who has spent most of his life in France.   Recently retired, he currently lives with his wife in Mayotte and devotes most of his time to writing.  After a literary novel, The Sally Effect, published in 2009, he turned to crime fiction. One Green Bottle, the first in a series, is set in Provence, and will be released later this year, while its sequel, Perfume Island, is nearing completion.  Here he writes about his experience of living in France’s newest department.

Guest post by Curtis at Journey of a Blogvelist

‘Well, I got the job,’ said Mrs. B. on her return from Paris. ‘It wasn’t really an interview, he just explained what I’ll be doing.’

‘Wow! Congratulations!’ I told her I wasn’t surprised though (always best to be diplomatic with the missus). ‘Your sense of initiative, communication skills, experience… The other candidates never stood a chance.’
‘No, they certainly didn’t,’ said Mrs. B. ‘Because there weren’t any other candidates.’
I quickly assured her she’d have got the job even if there had been dozens. Then another thought occurred to me. ‘You mean no one wants to go and live in Mayotte? Do you think we ought to be worried?’ 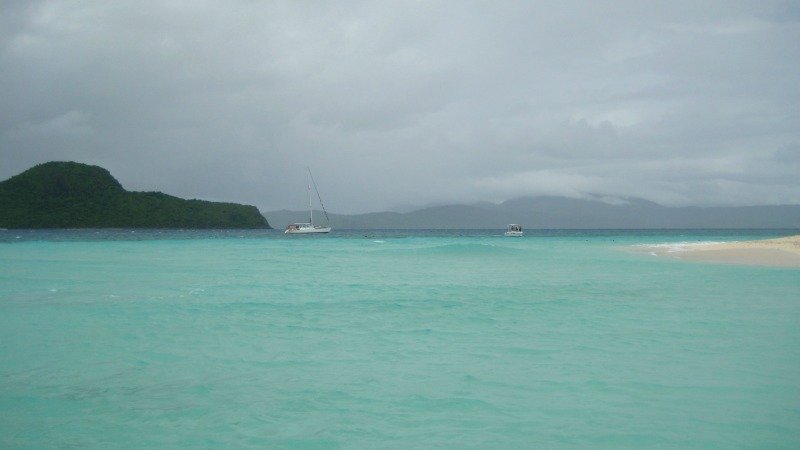 A couple of months later, we’re lying on N’Gouja Beach, gazing out at a sparkling lagoon, its turquoise pattern sequinned with silver reflections. If I put on my snorkel, I only need a few strokes to reach the tombant, the slab of coral reef where hundreds of multi-coloured fish shimmy and dart between gleaming, undulating fronds. Every so often, I come across a huge turtle grazing lazily on seaweed. It lumbers up to the surface, takes a giant gulp of air, then slowly sinks back down to resume its gobbling. 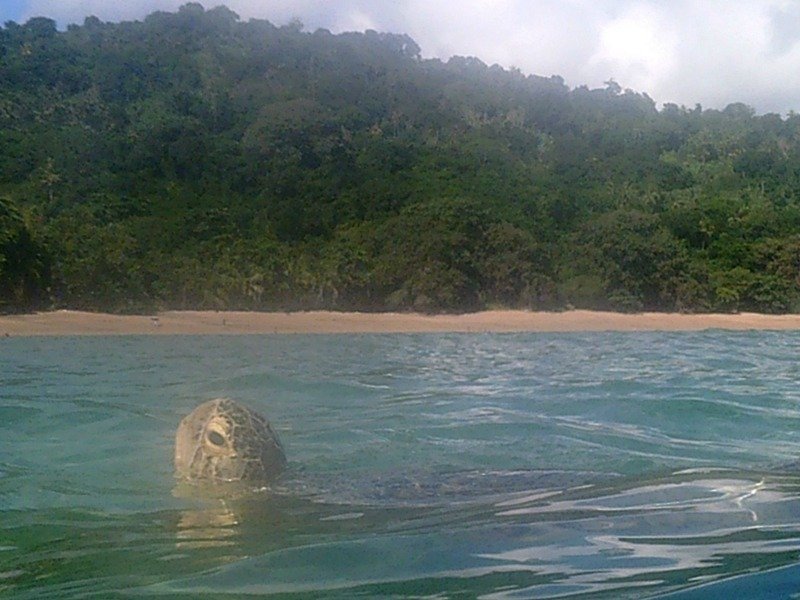 ‘Ah, this is the life, eh?’ In the shade of a tropical almond tree, with a group of makis, the island’s indigenous lemurs, scampering cheekily around us, we sip a papaya juice and think of November creeping over the country we left behind. Or rather, didn’t – we keep forgetting we’re still in the same country, in fact. Mayotte. As much a part of France as Normandy or Alsace. 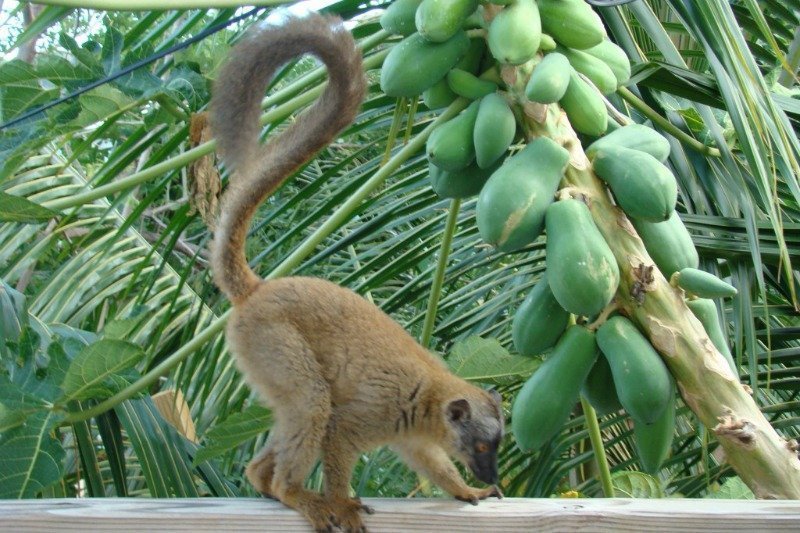 Hands up anyone who knows where Mayotte is. Hmm. Thought as much. Don’t worry. Nor does anyone in la Métropole – as mainland France is referred to in all its overseas territories. All right – 12° 46’S, 045° 13′ E. No, before I arrived, that wouldn’t have helped me much either. Mozambique Canal then, 200 miles west of the northern tip of Madagascar. Two islands, Grande Terre and Petite Terre, comprising 144 largely uncultivated square miles in the Indian Ocean. Since 2011, France’s 101st département. Yellow letter boxes, grim gendarmes and the euro. Just like in France. But they also have Comorians. Lots of them. 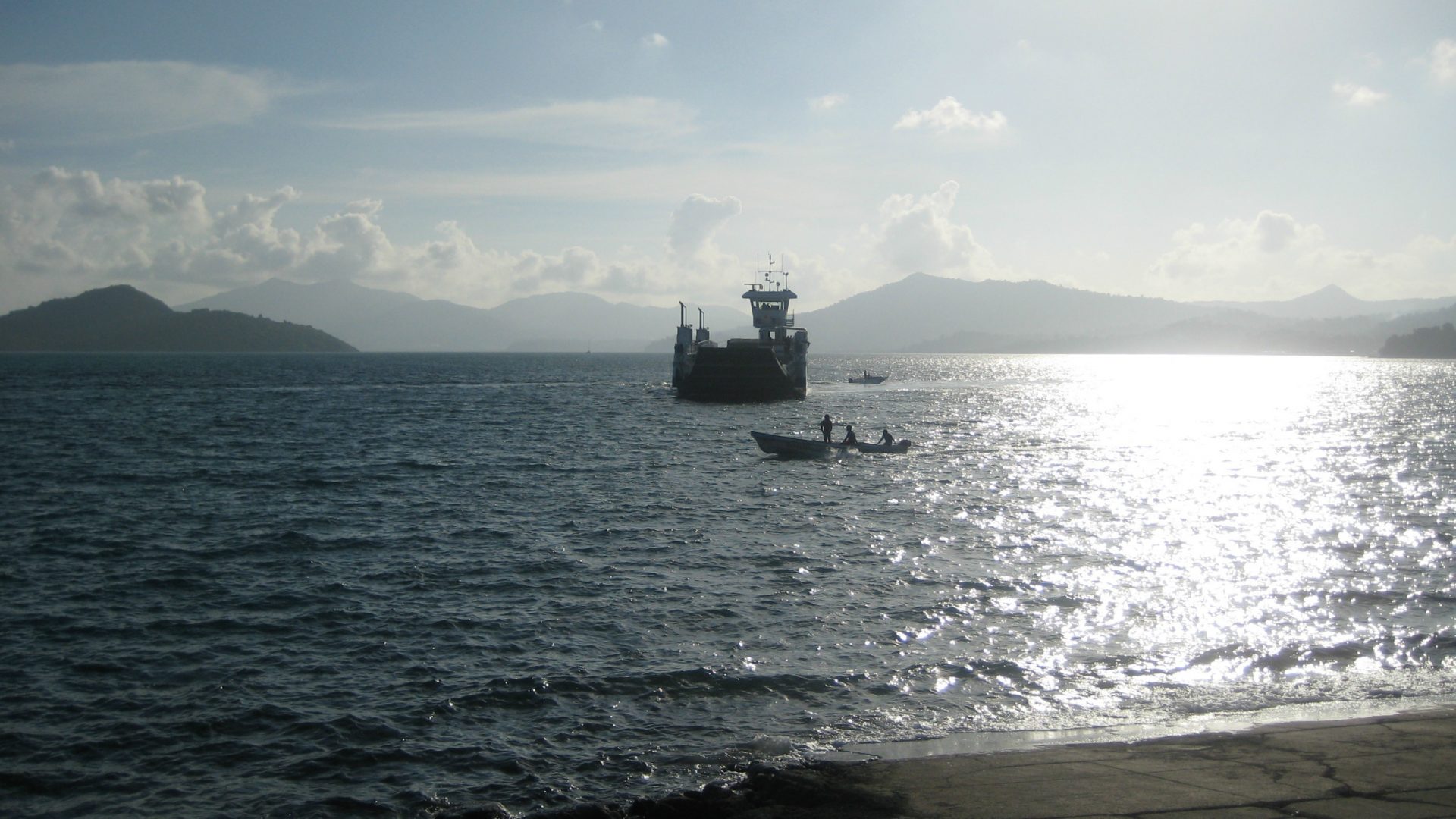 On Saturday, May 19th 2012, as evening fell, a small boat carrying 43 passengers hit the coral reef surrounding Mayotte. It overturned, losing motors, fuel and several passengers. Bruised and bleeding, the remaining passengers clung to the wreck all night. Spotted the next morning, they were retrieved by the Frontier Police in an advanced state of hypothermia. Five bodies were recovered, including three children and a baby. Eighteen other passengers were never found. 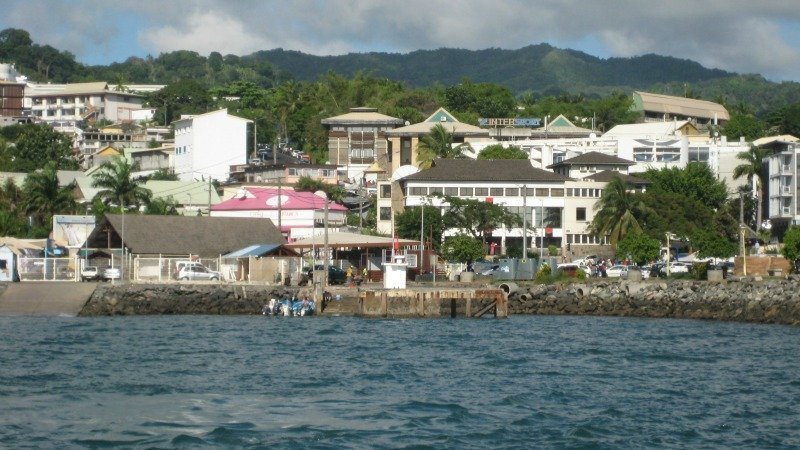 The boat, called a kwassa-kwassa, had set off from Anjouan, the closest of the Comoros Islands, just 45 miles away. The term kwassa-kwassa comes from a Congolese dance, meaning it rocks. But what’s good for a dance is the worst thing that can happen to a boat loaded to within an inch of the water. Accidents such as this occur almost daily. It’s estimated that since 1994, when France made it compulsory for Comorians to engage in the costly and difficult process of obtaining a visa before entering Mayotte, 20,000 people have died. As long as Mayotte remains French (Comoros says the French occupation is illegal, a stance upheld by several UN resolutions), there will be no end to the flow of illegal immigrants scrambling into those boats to seek a better life. 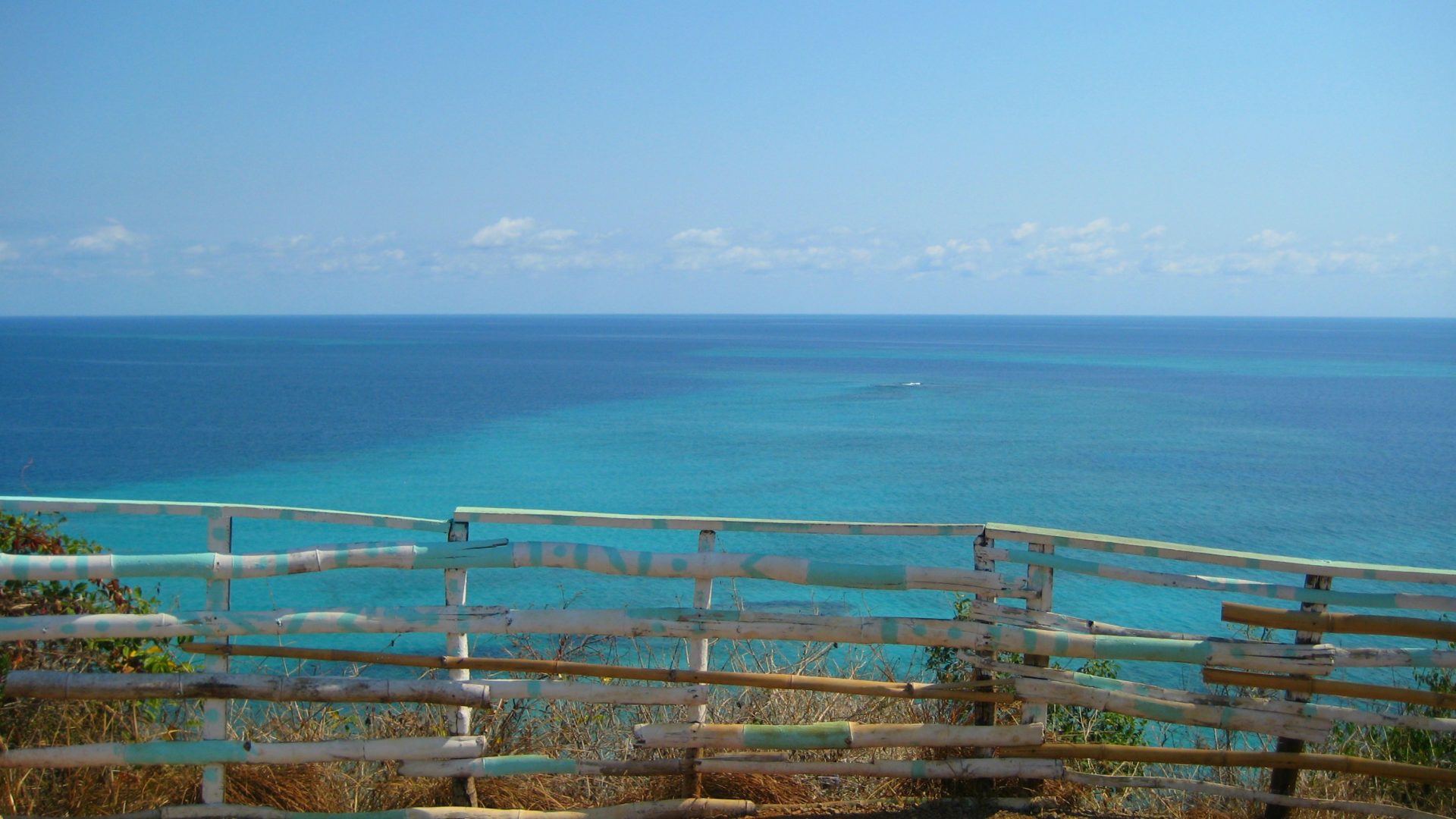 The last census, in 2012, put the population of Mayotte at 212,600. In reality it’s higher, and climbing all the time, but it’s difficult to measure with any certainty because so many are there illegally. In all likelihood, almost half the population has come from nearby Comoros. If they make the crossing successfully, they cluster into shanty towns in and around the capital, Mamoudzou, where they live in bangas, corrugated sheds that often have neither electricity nor running water. They scrape a living through undeclared work in the building industry, or clearing plantations in the forest. The children, if they have parents or guardians, attend school, where they usually work hard, hoping one day to obtain a residence permit. If they’re orphans, that avenue is closed; instead they roam the streets in search of a house to break into. 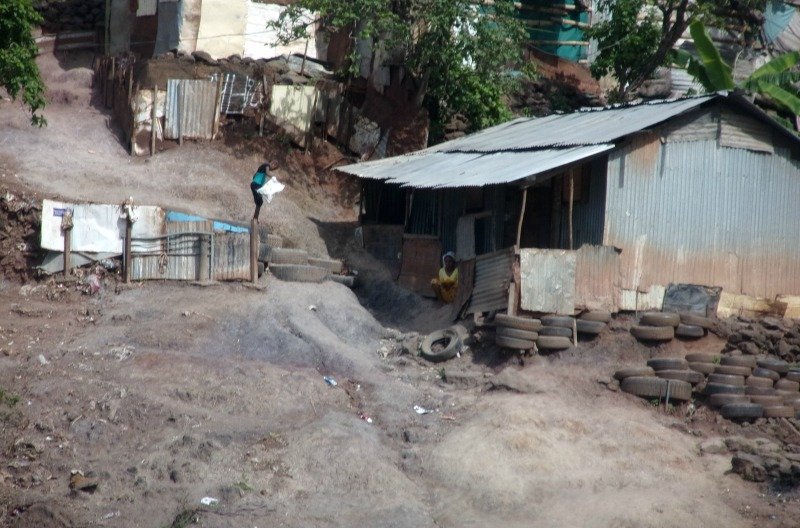 ‘They were there on the terrace, having dinner – didn’t hear a thing. And when they went in, everything gone. Empty.’
‘Even with bars on the windows?’
‘Some of these kids are so tiny they just squeeze through. They hide in the trees outside till you switch off the light.’
‘Frankly, it can ruin your whole stay.’
‘Oh, I wouldn’t go that far. It’s just a matter of keeping an eye out. And who can blame them, honestly? Put yourself in their shoes.’
‘Three times it’s happened to me. Three!’
‘Unless you live in some block of flats surrounded by guards. Who’d want that?’
‘The guards can’t be trusted anyway. There was one who was letting them in and taking a cut and of course it turned out he was illegal himself. So they sent him back to Comoros and you know what? He turned up a couple of weeks later asking for his job back!’ 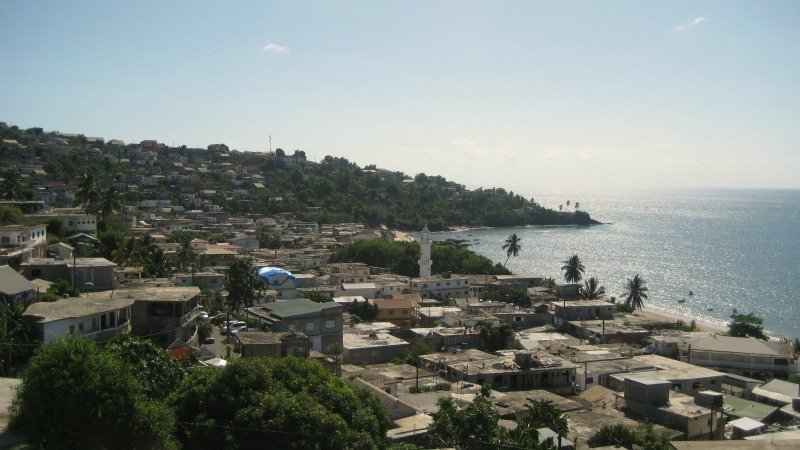 The dialogue above is part of a novel, but it’s what you hear every time you speak to a mzungu – the local term for white. Does that mean Mrs. B. and I live in a permanent state of paranoia? No. But we have nothing worth stealing apart from our computers, which we hide every time we go out. Nor does it mean that life in Mayotte is unbearable. On the contrary, it’s a fascinating mix of beauty, curiosity, and immersion in a culture more different from the Métropole than in any other overseas department. Mayotte is 95% Muslim. The language is Shimaoré, with French often spoken to only a rudimentary level. Given such a cultural difference, and the testy political relations with Comoros, many people think the French position is untenable. The money pours in for infrastructure, health, security, education – but as a result, the gap with Comoros gets ever wider. Personally, I wouldn’t like to take a bet on Mayotte still being French in twenty years’ time. 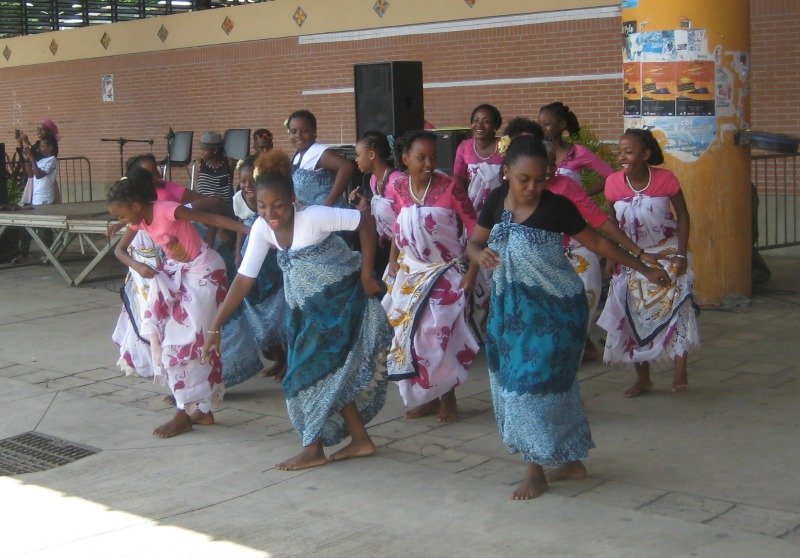 Mrs. B. has no regrets about coming. She enjoys her work because she is indeed experienced and likes to rise to a challenge. But now we know why there weren’t any other applicants for the job. She works in education, but there’s a similar shortage in the health sector, where the sheer pressure of work, combined with the general level of insecurity, has resulted in a gradual exodus of doctors. And while the state continues to fund the police, in terms of both equipment and staff, the fight against illegal immigration appears to be hopeless. 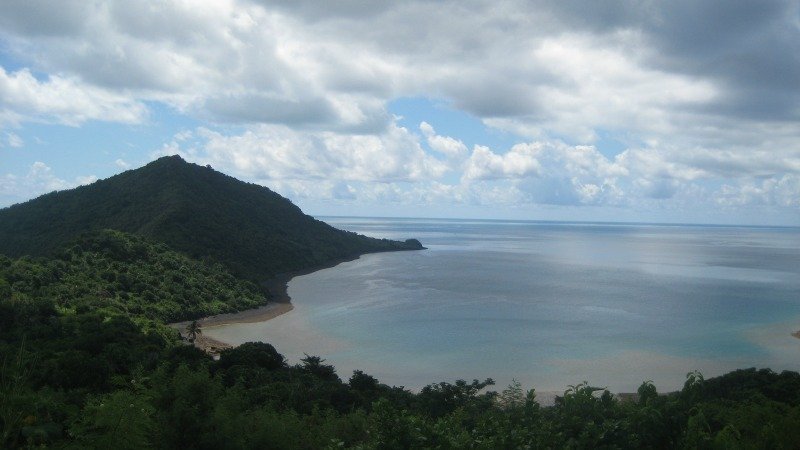 ‘Here in Mayotte? Don’t you get bored?’ people ask me when I tell them I’m retired. To which I reply, ‘Not at all!’ A writer, by definition, can’t get bored. The second draft of a crime novel, Perfume Island, is almost finished, I’m starting a series for the serialized fiction website Channillo, and I post on my blog daily. The novel being set in Mayotte, what I see and hear acquires a significance beyond mere information – it works its way into a narrative, lending an interest to what might otherwise indeed be dull or disheartening. But without such an occupation, Mayotte is probably not the most enchanting of places to retire to. 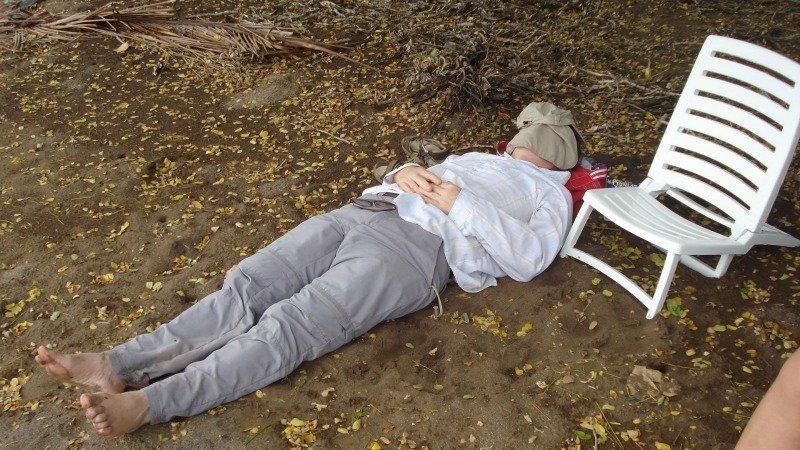 Have I painted too bleak a picture? Mayotte is beautiful, definitely. The people are friendly, yes. The lagoon is one of the best in the world for diving. If you’re bored with the beach, the Naturalists’ Association propose walks inland, where you’ll learn about animals and plants. 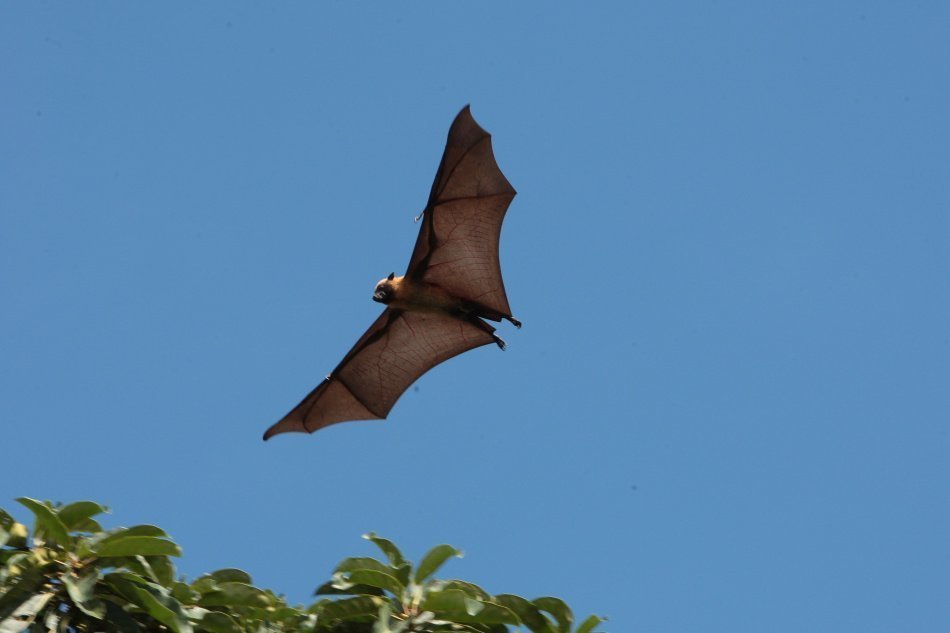 The problems, no doubt, are no greater than what you might find in the suburbs of Paris or Marseilles, and violent crime, though increasing, is still rare. But it’s a small place, and as soon as a few mzungus get together, the talk inevitably takes a negative turn. A burglary here, an assault there, clashes between rival gangs of schoolkids. So much as you’d like to live in the postcard, you only have to look on the other side to see that for all its charm, there’s an underlying tension that’s disturbing. And not even the turtles can alter that. 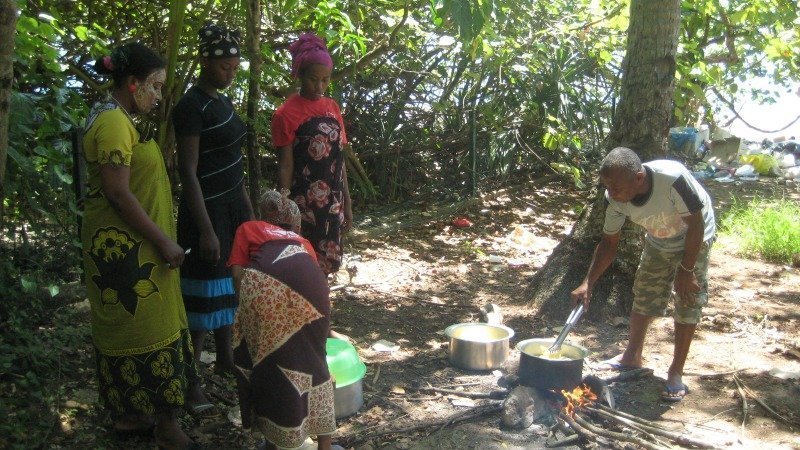 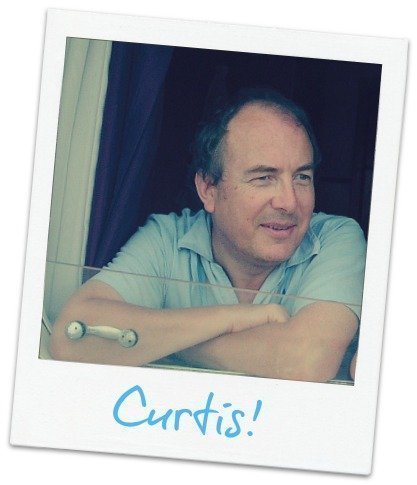 Curtis Bausse is a writer living in France – the island of Mayotte France. As well as novels he writes daily on his blog Journey of a Blogvelist where you can find out more about this distant and remote part of France.  He can also be found on Twitter.  All photos are provided by Curtis.

Don’t forget you can read the other posts in the series on the French DOM-TOM (about Martinique, Réunion, Guadeloupe, St Martin, French Guyana and French Polynesia) if you haven’t already done so and please do get in touch if you have a story to tell about far-flung France. 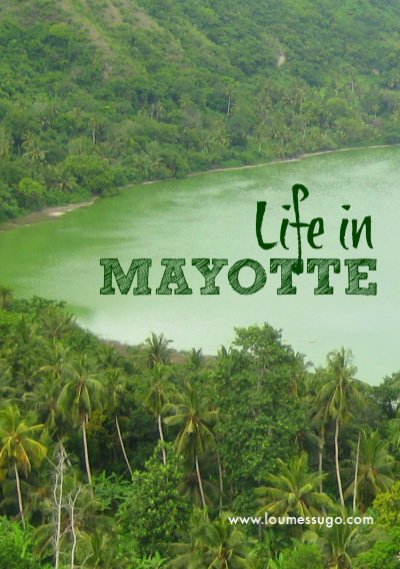 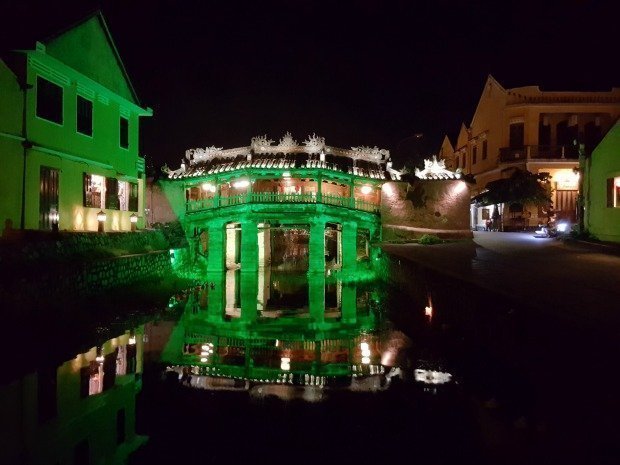