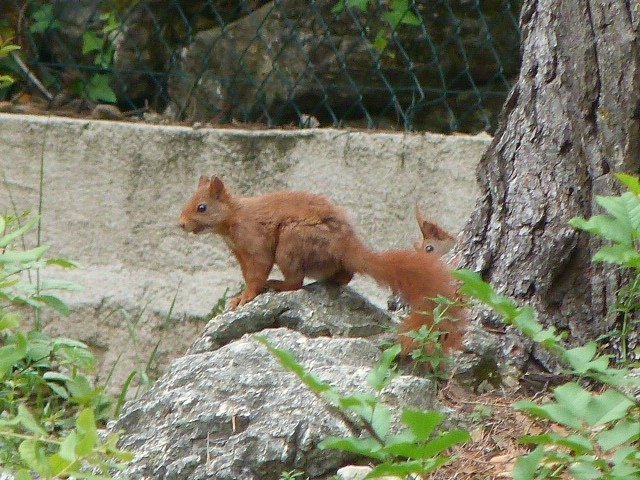 This week there’s been great excitement at Lou Messugo, on the wildlife front.  I came home one afternoon to be told by the guests in the gîte that they’d seen a deer in the garden – twice.  They’d seen it on the lawn while having breakfast around 7 am (7 am on holiday!) and then again just minutes before I got home at 3 pm.  In the five and a half years we’ve been here we’ve had numerous visitations by wild boar and plenty of foxes, but never deer.

I was surprised and excited but I didn’t think I’d actually see anything.  An hour or so later however suddenly there was a great commotion and a young deer came charging through the hedge.  It was clearly in a complete panic and very distressed.  It bounced off behind the pool, down to the trampoline and back up again.  There was time to call the kids to look but not to get a good photo, it was moving fast. Then it galloped off into the neighbouring garden before crashing back into our compost bin and getting caught in a wire fence.  Now I really didn’t know what to do as it seemed well and truly stuck; it was thrashing around and getting in more of a tangle in its distress.  Thank goodness it freed itself and ploughed off straight through the hedge once again. 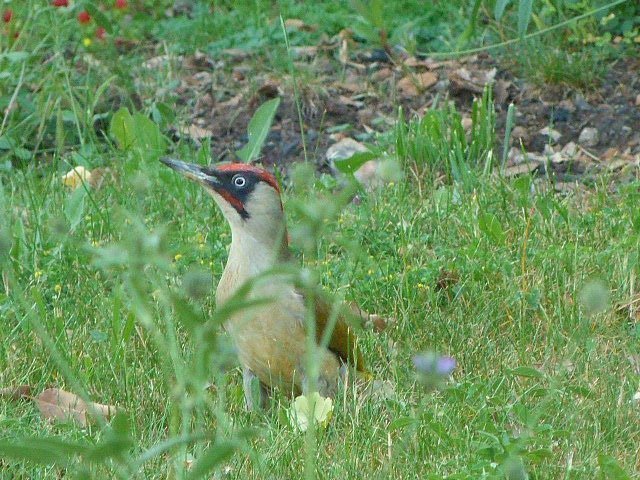 And that was that, or so I thought.  That was on Wednesday.  On Saturday, however, our immediate neighbours saw a much larger animal with antlers, perhaps a parent looking for its baby?  And then later that day as we were driving out of the lane we saw the original young deer in a blind panic on the road, desperately trying to find a way off the street, headbutting fences and gates in a desperate attempt to flee.  We waited until it finally found a way into yet another garden, and this time I managed to get this (terrible) photo (through the windscreen). 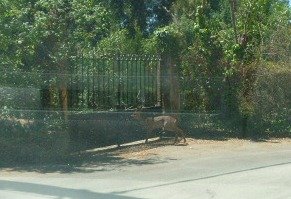 I can’t explain this unusual behaviour.  We live in a town, surrounded by forest, but relatively urban (OK not London or Paris urban, but urban none-the-less).  What was this obviously lost deer doing in our garden, for several days? Did it ever find its family? 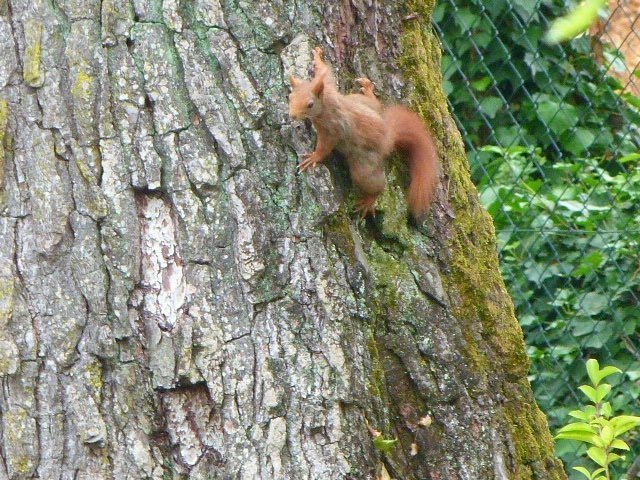 In other wildlife news, I saw a badger in the street coming home one night recently – the first live badger I’ve ever seen, despite my parents living next to a huge badger set for many years.  And we’ve had a couple of adorable red squirrels playing in the trees in the garden.  They bounced and scrambled around for long enough to get a few photos and this afternoon a green woodpecker was busily pecking at the lawn for a good 15 minutes.  I haven’t heard him for days which I guess means he’s found a mate and done his business, and can now look for worms in the lawn!  That’s my scientific take on the situation, you can tell I’m an ornithologist, can’t you? 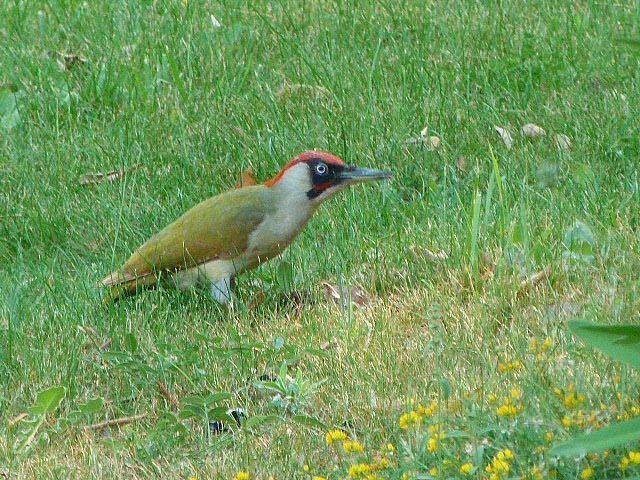 Finally it’s full-on frog season.  Frogs or toads, I’m not sure which (probably toads I think) who croak so loudly at night that I fear towny guests in the gîte might think Roquefort les Pins has weird electronic noise blasted out of loud-speakers in a kind of Stalinesque nightmare scenario – they really are that loud and really quite un-natural sounding.  Actually I love the sound but I know people who don’t!  And the Stalinesque nightmare thing…that’s a bit of an exaggeration!  I might like the noise, it heralds warm summer evenings, but I don’t like coming across the warty beasts by surprise when cleaning out the pool skimmers…. 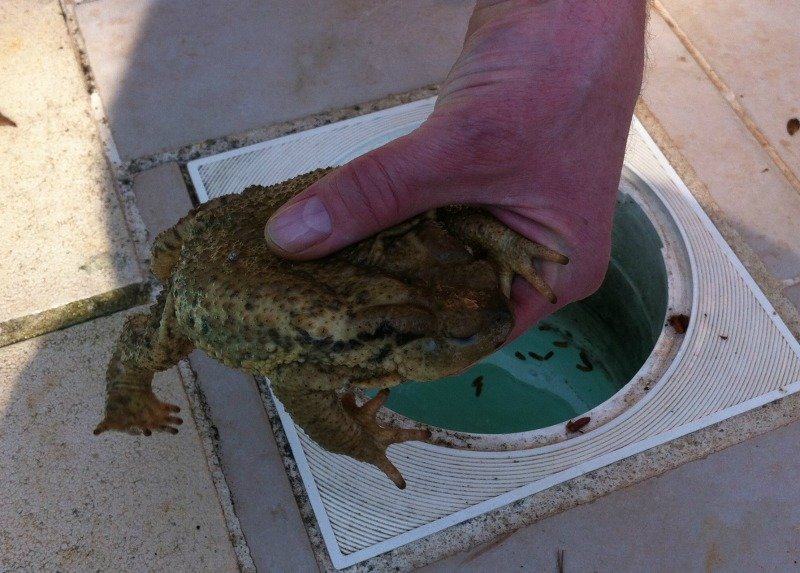 So there you go.  For a town garden I think we have quite a decent amount of wildlife.  What do you think?  Do you have any wild animals in your garden? 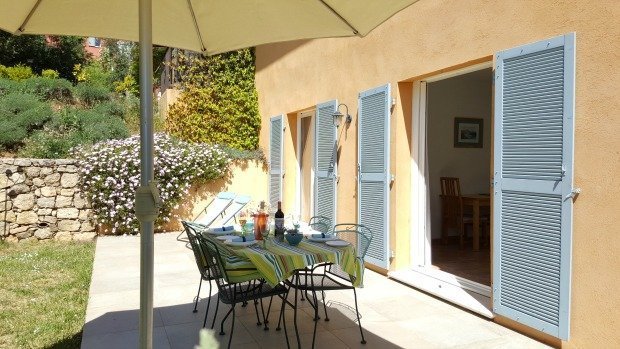