Nice, the city with the most museums in France after Paris, has a new attraction. The National Museum of Sport recently opened in the new Allianz Riviera football stadium and we decided it was time to go and see what it was all about. So, trying to make the most of a rainy afternoon we borrowed a friend and headed off to discover the world of sport.

First things first, despite being able to see the museum very clearly from the motorway we got lost. The stadium isn’t 100% finished (well, the stadium is as matches have been taking place for just over a year now, but the carparks and landscaping all around aren’t done) and the signs to the museum aren’t clear. Before we knew what was what we’d found ourselves back on the motorway heading north for what was to be a 15 km round detour! 20 minutes later back at square one we paid more attention to the signs and found ourselves being taken an absurdly long way around to a carpark miles from anywhere, obviously designed for maximum traffic flow on crowded match nights. As it was a wet Saturday afternoon with nothing going on in the stadium we were almost the only car and soon realised that we could use our initiative and forget the signs. To cut a long story short, we rebelled, ignored the signs, found a parking place outside the museum and went inside. 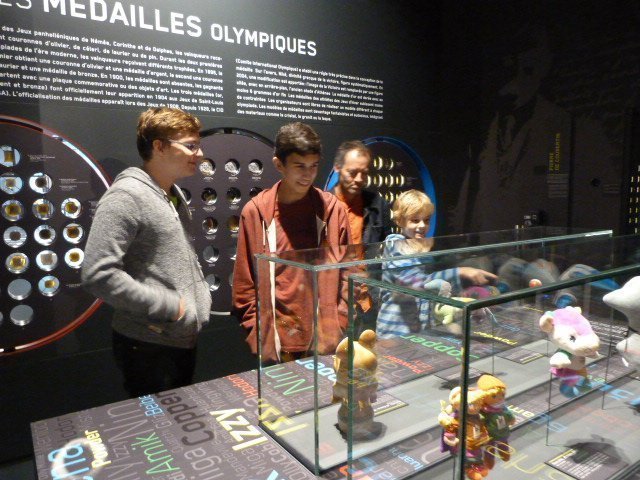 The National Museum of Sport is divided into 4 sections: individual sports, team sports, one on one and the final section is dedicated to pushing the limits to extremes. These sections primarily cover athletics, cycling, swimming, skiing, golf and horse riding in the individual bit, football, rugby, handball, volleyball and basketball in teams, and boxing, tennis, martial arts and fencing for one on one.  The extreme section deals with crazy stuff like mountaineering, sailing solo around the world and motor racing as well as the amazing achievements in parasports. It also looks at the way extremes are being pushed to the limits by cheating, particularly doping. 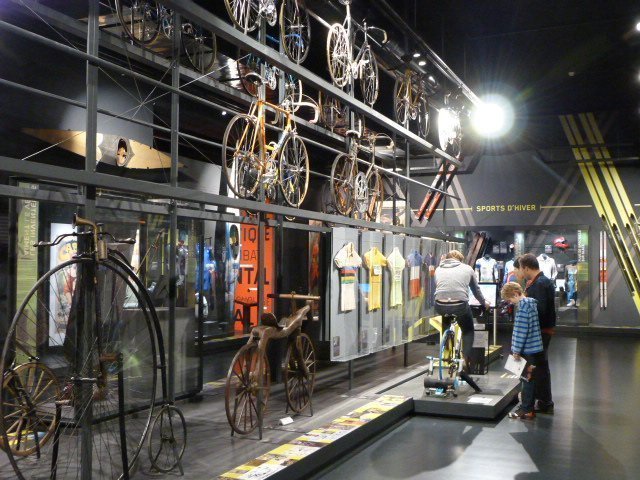 In each section there are examples of clothing and equipment used by sporting heroes, explanations about how technology has changed sporting prowess (such as how swimming costumes are made of particular materials enhancing speed and the scandal this has provoked), historical exhibits (I liked the gym equipment from the 19th century), films (old footage of early Tour de France races for example) and hands-on interactive exhibits. There are four fun  “tests” of sporting ability to take part in: a Tour de France bike simulator, a fencing challenge, a giant table football and an F1 simulator that lets you race around the Monaco track. As we were almost alone in the museum we didn’t have to queue to use these machines and could almost spend as long as we liked on them. My boys (including the big one JF) really enjoyed this, especially the “babyfoot“.

France is a great sporting nation and while I can’t claim to be hugely into sport myself (understatement) I’m surrounded by 3 sporty Frenchies. I’ve had to learn to appreciate certain games or my life as an outnumbered unsporty female wouldn’t be worthwhile. Both JF and son number 1 play in handball teams (son at a high level resulting in matches all over the region even as far away as Carcassonne – 5 hours’ drive – every weekend), JF also plays pelote (a peculiar ancestor of squash) and the little son plays tennis. As for the watching of sport, they all eagerly watch rugby, football, tennis, world championships of whatever’s going (athletics, swimming, skiing) and handball of course, when it’s shown. Being a big handball family we were delighted to get tickets to the bronze medal match at the London Olympics, semi hoping France would be in the game but mostly hoping they’d have gone further. Unluckily for our live viewing experience, but great for France, they went on to win the gold medal. No matter, the atmosphere at a medal match inside the Olympic Park was electric and really won me over to handball…..but oh dear I’ve really digressed! 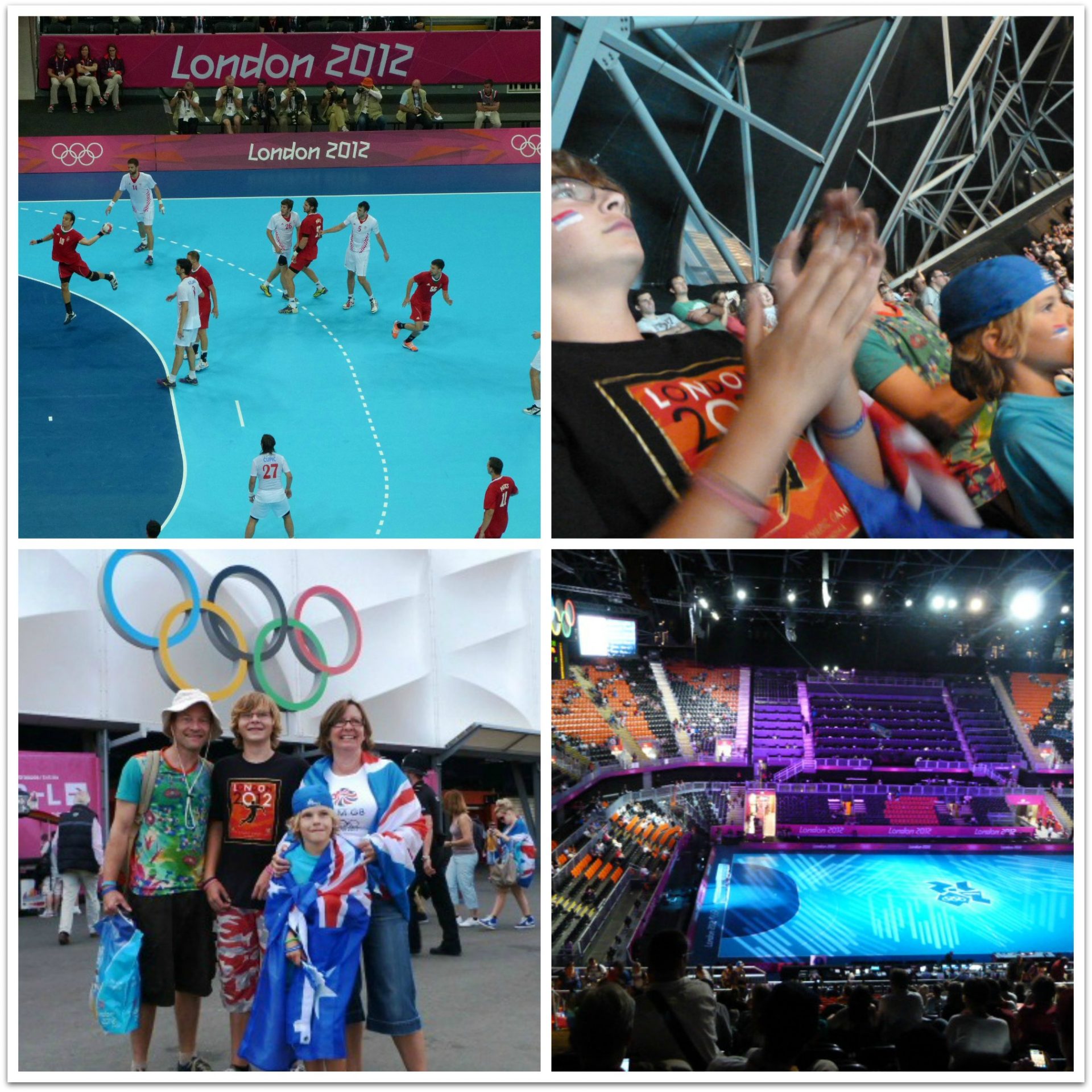 Getting back to the museum, it claims to house one of the most important collections of sporting memorabilia in the world with more than 45,000 objects and 400,000 documents dating from the 16th century onwards. But despite these huge figures, the place isn’t big; I’d say it’s just about the right size entertaining both sports fanatics and ordinary folk like me equally. I genuinely enjoyed the Olympic section with its flames, mascots and medals from over the years all attractively displayed near the entrance.  I was surprised and interested to learn that the word “mascot” is derived from Provençal. JF appreciated the historical relics and the boys loved the F1 and table football. The “borrowed” friend liked the last section on the individual extreme sports best. 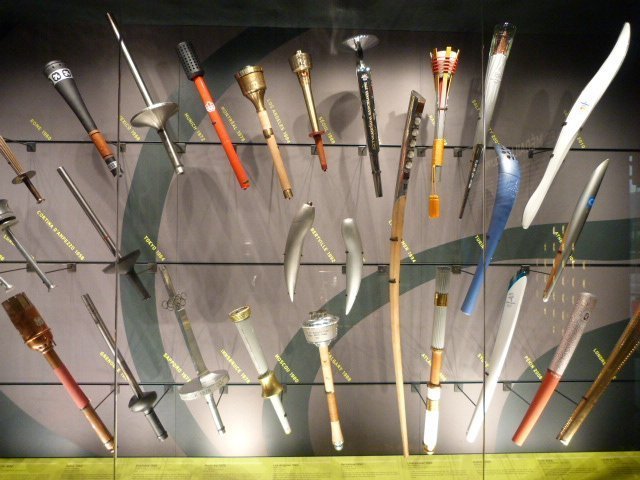 The majority of the explanation notices were in English as well as in French and I’d say enough was self-explanatory so that even when not translated non-French speakers would find the museum worthwhile. We spent about an hour and a half there which gave us plenty of time to play on the interactive exhibits and view/read everything that interested us. Housed in the impressive modern stadium, that I believe produces 3 times more energy than it uses thanks to solar panels cleverly designed in the roof, the location itself is worthy of interest.

The National Museum of Sport (Musée National du Sport) is open every day except Monday and costs a reasonable 6€ for adults and free for under 18s. For more information on opening hours and up-to-date prices check here.  We found it to be a fun and welcome addition to the Côte d’Azur for wet weather entertainment. 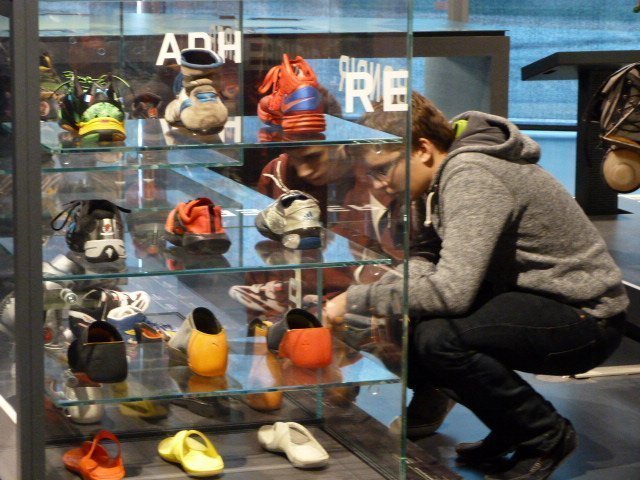 Do you play or watch any sport?  What do you think about having a national museum dedicated to sport? 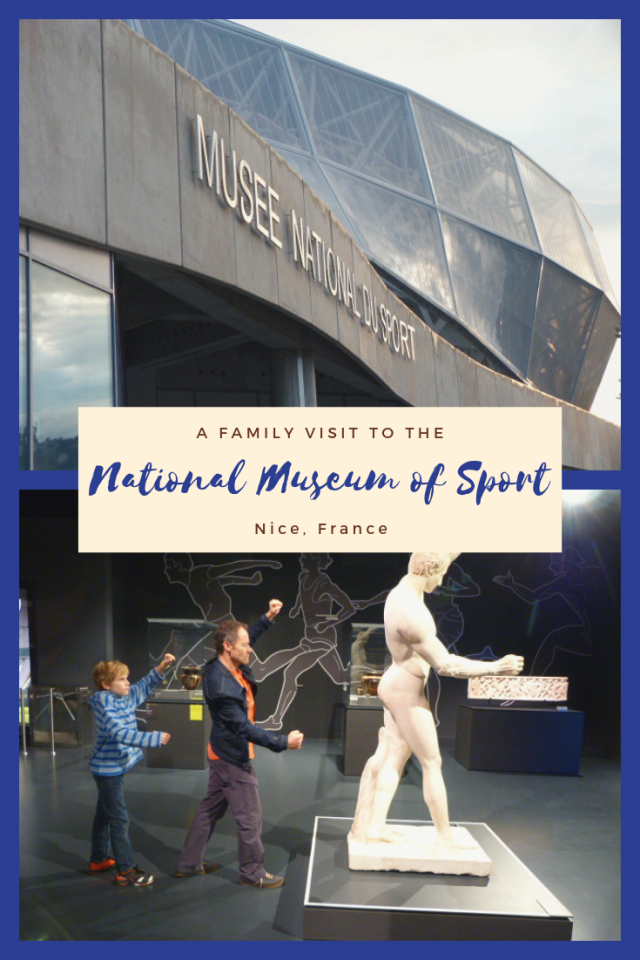 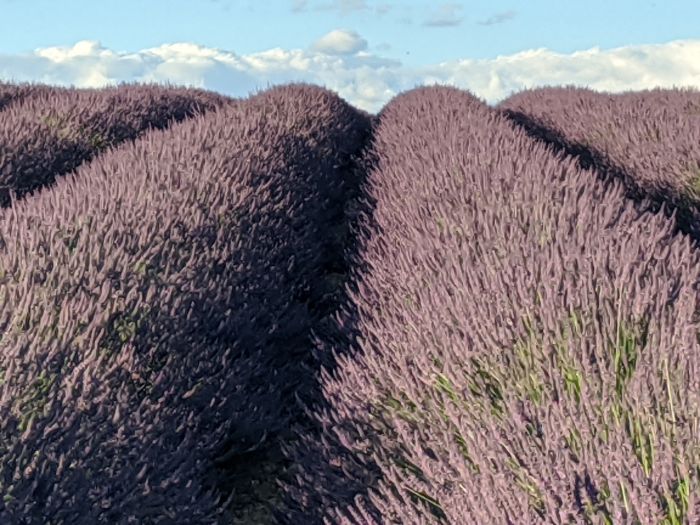 Visiting the Lavender Fields of Provence

Good morning from the Côte d'Azur. How are you al

Isn't this flower incredible? The hairs make it lo