A recent visit by a friend in her Deux Chevaux and the subsequent popularity of the photo I posted on my Facebook page gave me the idea for this post about a true French icon, the Citroën 2CV.

I’m talking about the little car that looks like a toy, sounds like a lawn mower and can’t roll over because its suspension is so bouncy. When my Aussie grandmother first visited Europe in the early 1980s she surprised my parents by commenting on how many vintage cars there were driving around as she thought 2CVs were vintage even then, but they were produced in France until 1988 and for a further two years in Portugal until 1990. The 2CV has just always looked old.  It was initially designed to be the people’s car, affordable and reliable and with suspension good enough for a farmer to drive over a ploughed field with a box of eggs in the back without breaking any.  Really, I mean it, that was part of the brief!  The project was called the TPV “toute petite voiture“, the very small car, and it was basic at best.  The original ones were built without door locks, the idea was just to use a bike lock from the steering wheel to a bar on the seat back! 2CV or deux chevaux (literally two horses) means it has a 2 horse power engine.  The heating and ventilation systems are as crude as they come, even in the most modern models: to get cool air, you open flaps on the dashboard straight to the outside with a little mesh to stop insects from flying in and the heating comes in a similar way from air that passes by the engine, no filters involved.  Just imagine the petrol fumes; they can get quite overwhelming. The joke is that you know you’ve run out of petrol when the smell stops!

Like for so many people in France, the deuche holds a special place in my heart.  JF and I had one as our wedding car and went on to own one as our first car together. Our wedding car belongs to his mother who has only ever driven a Deux Chevaux and will not drive anything else.  She bought her current one (and the one at our wedding) in 1989 (made in 1988) and is still driving it happily 24 years later. She constantly gets stopped in the street and asked if she wants to sell it but it’s not for sale.  I can’t see her ever getting rid of it. We started a trend in JF’s family as brothers and sisters followed our example and used “Mamie’s car” for their weddings too. Unfortunately the weather was so foul at ours that no photos were taken of us and it but I’m including one here of the very same deuche starring in another wedding.  It was a perfect wedding car, pretty and quirky, if a little chilly! 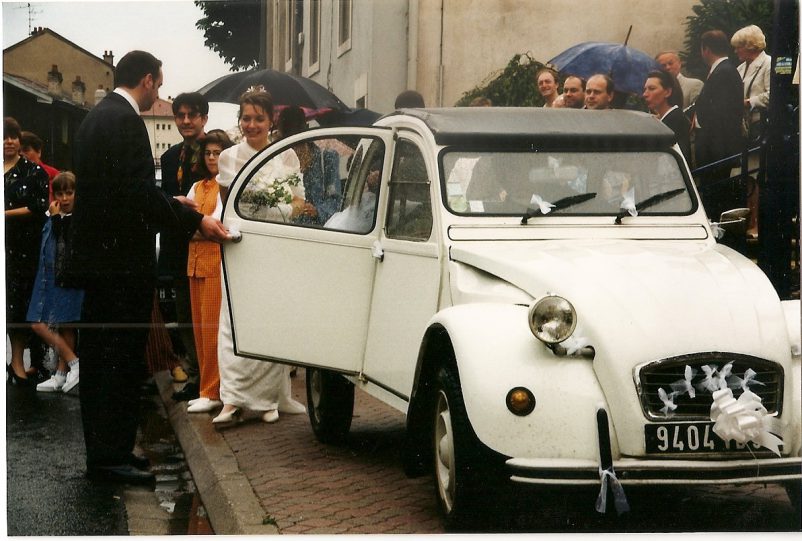 Next up was our first car.  We were living in Paris, pregnant with our first child and house-hunting in the suburbs. So what did we use to get around?  A 1958 model 2CV.  Yes this one was older than us by quite a number of years and pre-dated seat belts. Heading out of Paris on the autoroute in a tin can without seat belts never felt safe particularly carrying the next generation and it was with great regret that we sold it a few months after the baby was born.  We were young and couldn’t afford either to do the extensive works to have seat belts put in or even just to insure a second car (which it had become by then) so it had to go.  Now of course we regret it.  It would be such fun to have one here in the south, especially as it was a soft top…imagine, by now it would have been 55 years old! 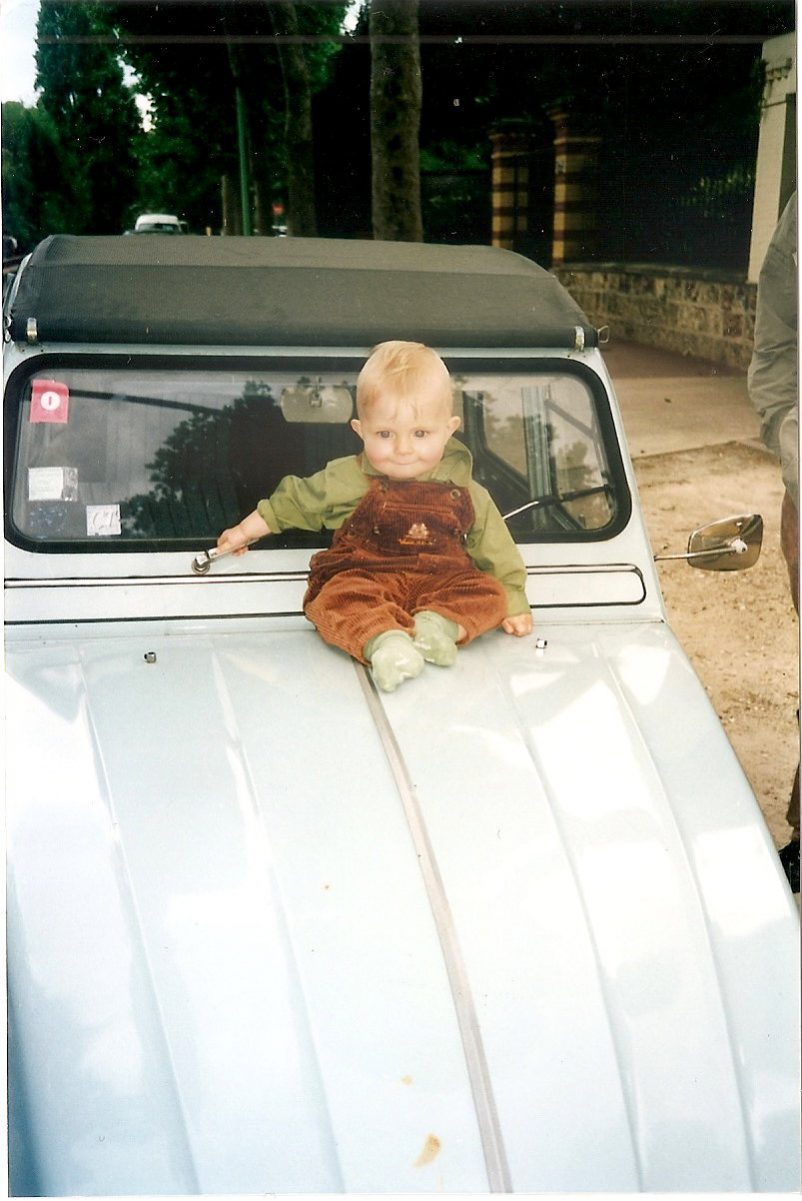 Deux Chevaux have always had a certain alternative lifestyle associated with them; jokingly referred to as coming out of the factory with a “Say no to Nuclear” sticker already stuck on the bumper bar. There’s always been a great solidarity between drivers who beep and wave to each other as they pass and nowadays there are plenty of clubs worldwide with regular gatherings for fans.  The 2CV’s status has risen to mythic levels and it has become as much a symbol of France as the baguette and the Eiffel Tower. 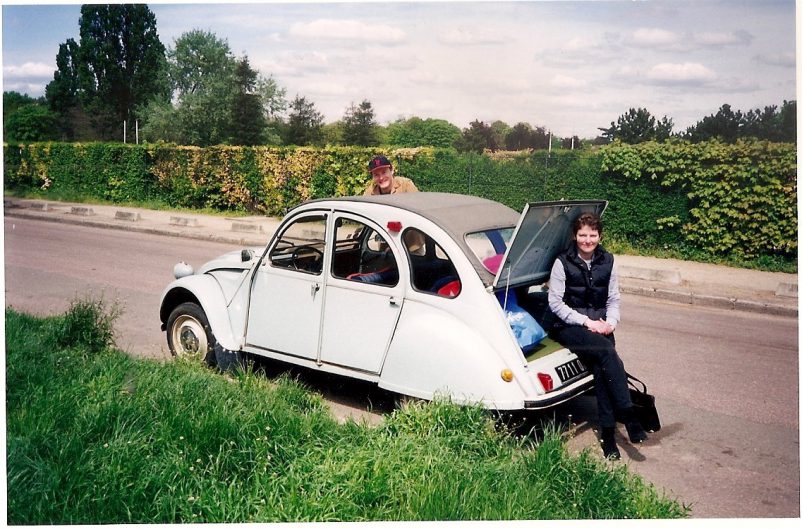 If you’d like to experience driving one of these iconic cars while on holiday at Lou Messugo, there is a local tour operator who rents them out for day trips either individually or in groups on rally-style outings. I sometimes see them cruising through Roquefort and it does look fun.

Have you ever driven in a 2CV?  What’s your favourite “cult” car? I’d love to hear from you.