The 2nd of February is Pancake Day in France, called la Chandeleur. It marks the end of the Christmas period coming exactly 40 days after Christmas Eve.  It is a Catholic holiday, known as Candlemas in English, and while it is not a public holiday, it is a day of feasting.  Another French feast!

The word “chandeleur” comes from “chandelle” meaning candle which associates it with light (the day is sometimes referred to as la fête de la lumière) but like most celebrations to do with the Nativity, Chandeleur is also traditionally linked to purification and fecundity, being the day the Virgin Mary was allowed back into the church having given birth to Jesus. Nowadays it’s a family time most simply associated with eating crêpes, the delicious thin French pancakes.

Chandeleur is celebrated throughout France as la fête des crêpes.  A week or so before the date you start to notice supermarket displays of flour, eggs, jam, Cointreau, cider and Nutella and then you know Chandeleur is just around the corner. The region of Brittany is most associated with crêpes as a local speciality and it is from there that the tradition of drinking cider with them comes from.  So these days no matter where you are in France at Chandeleur it’s common to accompany your crêpe with a bowl of cider. (Yes, bowl not glass!) Here in the south there are no local particularities so we just indulge any old way. The overwhelming favourite for my boys is, like most kids I reckon, crêpe au Nutella, a wickedly scrummy chocolate and hazelnut spread (for those of you not yet initiated into this heavenly delight!) but a close second is ham, cheese and egg.

There are many superstitions surrounding Chandeleur, nearly all to do with the weather. These date back to when France was primarily an agricultural land and the weather played a vital part in everybody’s prosperity and welfare.  Researching this post I came across numerous proverbs warning of the consequences of specific weather at Chandeleur:  “Soleil de la Chandeleur, annonce hiver et malheur” (if it’s sunny at Candlemas winter will continue bringing bad luck).  Others warned of 40 days lost if snow was still on the ground “Chandeleur couverte, quarante jours de perte” and even the exact opposite of the first, heralding good news if the day was fine: “Si la chandelle est belle et claire, nous avons l’hiver derrière”. Confusing! Luckily for us today is a nothing day weatherwise.  It’s as dull as can be, cloudy, breezy, no sun, no rain and no snow so I think we’re just about covered for all eventualities. 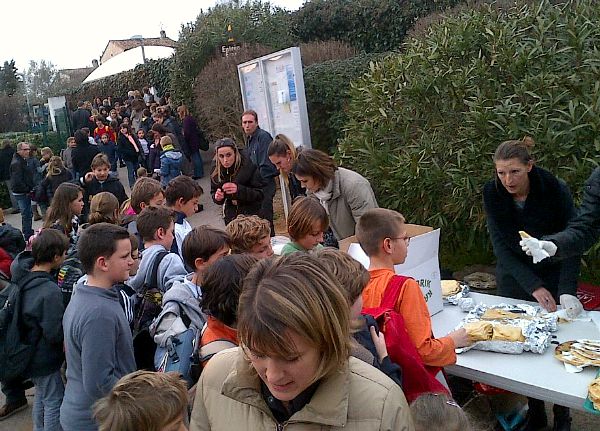 Yesterday afternoon the Parents’ Association at our primary school handed out crêpes to all the children for free – made by volunteers for all 650 kids!  This evening we’ll be flipping pancakes en famille.  Tradition has it that you hold a gold coin in the hand that you write with and flip the pan with the other.  If you catch the crêpe you are guaranteed prosperity in the coming year.  Tradition in my family has it that most flipped pancakes end up on the floor or drooping precariously over the side of the pan, but they taste great and so far I think our levels of prosperity are good enough! 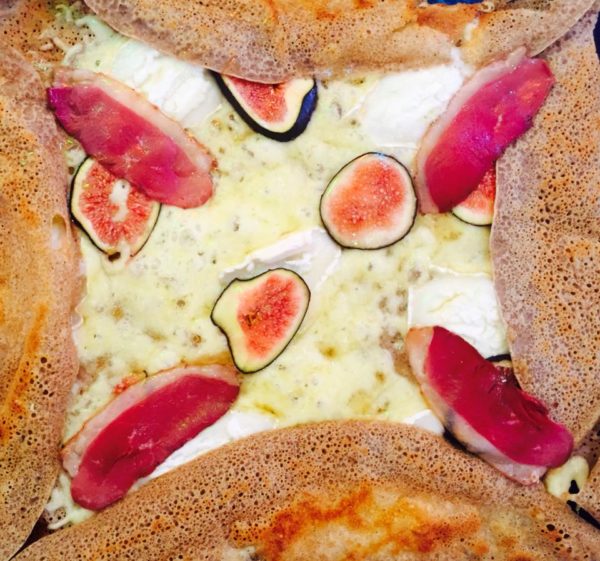 Do you like crêpes?  See my simple recipe for authentic French pancakes and have a go at making them yourself, it’s easier than you might think. 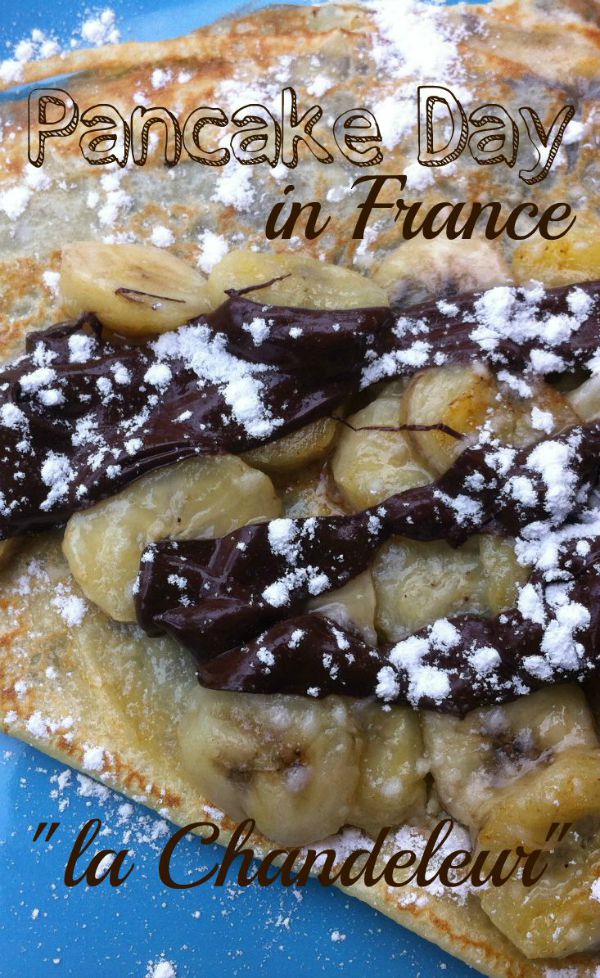 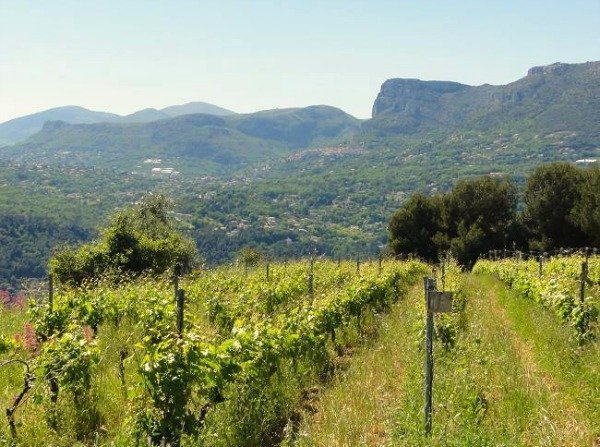