The Côte d’Azur and its surrounding countryside, in fact the whole of the département of the Alpes-Maritimes, is covered in historic fortified hill villages; some well known, others hidden and secret. There are literally hundreds and many of them have an annual festival of some sort celebrating their artisanal or historical traditions.  Some of the bigger town fêtes are well known such as the lemon festival in Menton, mimosa in Mandelieu, and ExpoRose in Grasse. Others are less known such as the traditional trades fair in la Colle sur Loup, the renaissance fair in Villeneve-Loubet and the fête de la courge in Châteauneuf. Every Easter Monday it’s the turn of le Bar sur Loup to celebrate its orange trees with a charming orange festival on the French Riviera.

Le Bar sur Loup is magnificently located on a rocky hillside overlooking the entrance to the Gorges du Loup about 10 kms north-east of Grasse.  It is a gorgeous, well-renovated village perché with a surprising number of excellent restaurants.

Since the 19th century its economy has been centered on oranges, or more specifically bitter oranges, “bigarades“, originally from south-east Asia but ideally suited to the local climate.

In the 1920s an estimated 200,000 orange trees were being grown in Bar sur Loup, producing 2,500 tonnes of flowers and averaging around 15 kgs each of fruit per year. The flowers were distilled into two products, neroli essential oil for the perfume industry in nearby Grasse and orange flower water for food flavouring.

The fruit was used in the making of liquers such as Grand Marnier and Triple Sec. Nowadays there are only a handful of professional growers left in the area, while the majority of smallholders are simply producing fruit for homemade bitter orange marmalade and vin d’orange, an alcoholic apéritif.  But look around the village and you’ll still see plenty of orange trees in the beautiful restanques – the private terraced gardens – and since 1994 Bar sur Loup has kept its orange-growing heritage alive by celebrating at its orange festival la Fête de l’Oranger.

So off to the fête we went.  In the ancient hill village decorated with garlands of bitter oranges and bright orange bunting, the perfume of orange flowers in the air, we ambled around stalls selling every possible product made of orange, from liquers and wines, to cakes, jams, jellies and tarts. There were even orange clothes for sale!

Local artisans demonstrated different techniques used in traditional orange production including the most picturesque of all, the peeler.  Until the 1950s oranges were peeled by hand. Dextrous women skilfully removed the peel in one long spiral, called a coulane (from the Nissart word for collier meaning necklace). These peels were then left to dry before being used as flavouring. 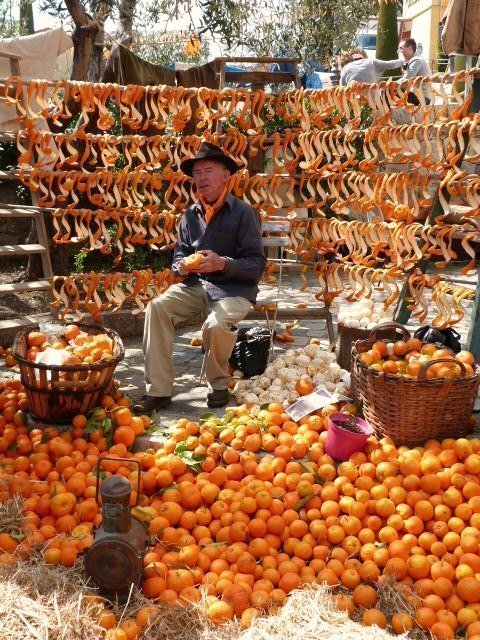 Elsewhere at the orange festival on the French Riviera, competitions judging the best jam, orange wine and cakes were being held. Street performers twirled and danced and a traditional band marched through the narrow streets. There were workshops for children, guided visits of the village, concerts, exhibitions and plenty of food stands, including my favourite snack socca (with a view!) 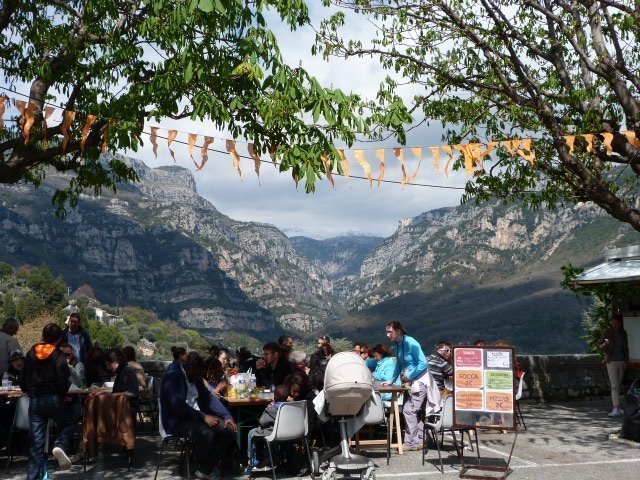 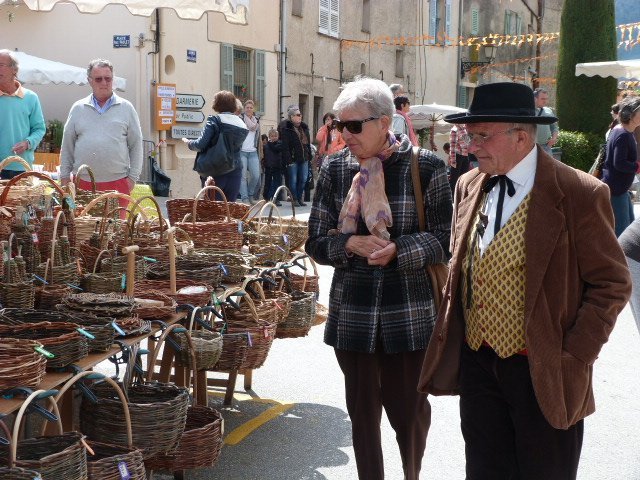 The weather was threatening, with scudding clouds chasing across the sky and occasional bursts of sunshine, but it didn’t rain which seeing as it had snowed nearby only the night before (at a surprisingly low altitude) was a blessing! The snow, while somewhat unexpected in early April, made the dramatic views across the mountains, behind the Gorge du Loup, even more spectacular. You really can’t beat the setting for this lovely traditional festival. 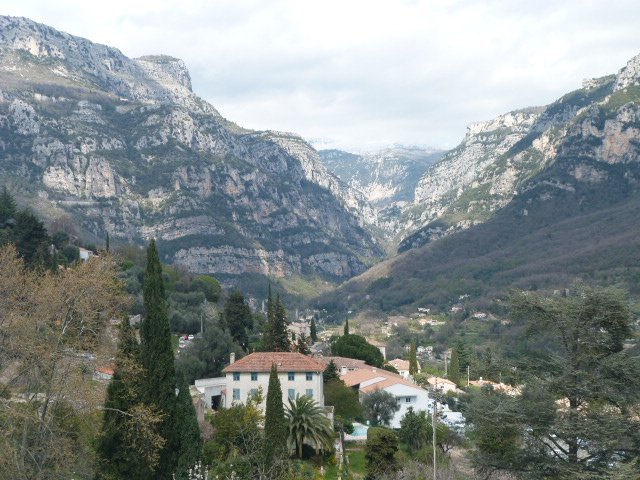 The village twists up steeply cobbled alleyways to a magnificent square at the top, dominated by a 13th century keep, now (another) fabulous restaurant (formerly the Tourist Information Office) and an old château.  Leading off the square there are secret lanes and tiny tunnels hiding pretty shuttered stone houses, covered in wisteria and the ubiquitous orange tree in tiny gardens. 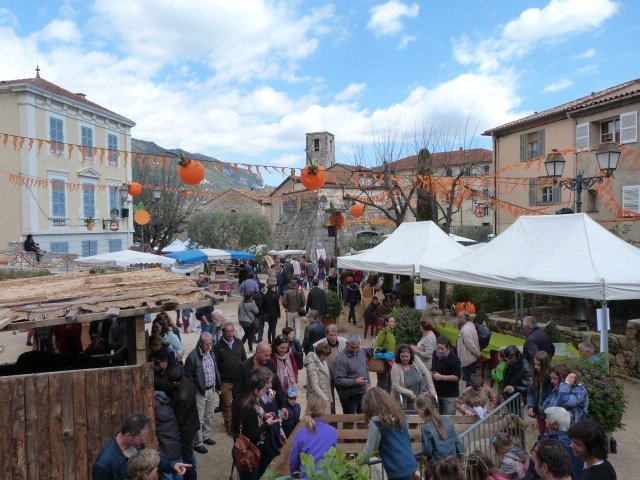 If you are ever in the area at Easter time I highly recommend a visit to the orange tree festival, and at any other time of year le Bar sur Loup is definitely vaut le détour as they say in French (worth seeing). 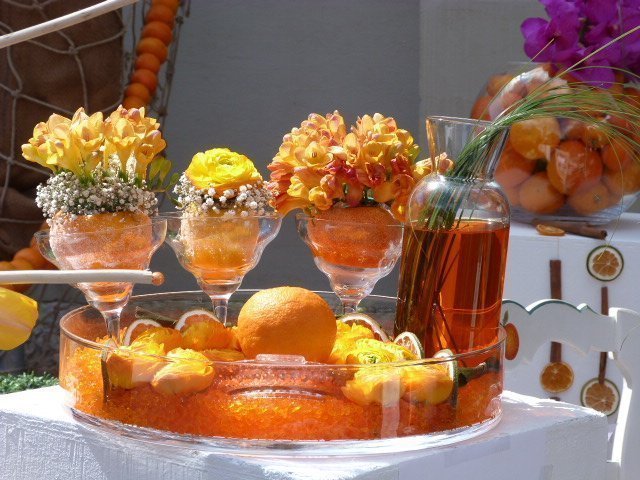 One word of warning though, don’t be tempted to eat one of the bitter oranges, left out in baskets with kindly notices saying “help yourself”.  JF did and he nearly bit his tongue off with the shock. There’s a clue in the word bitter! 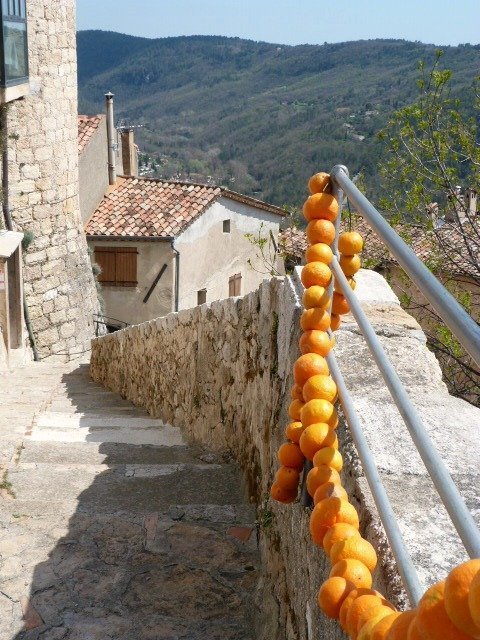 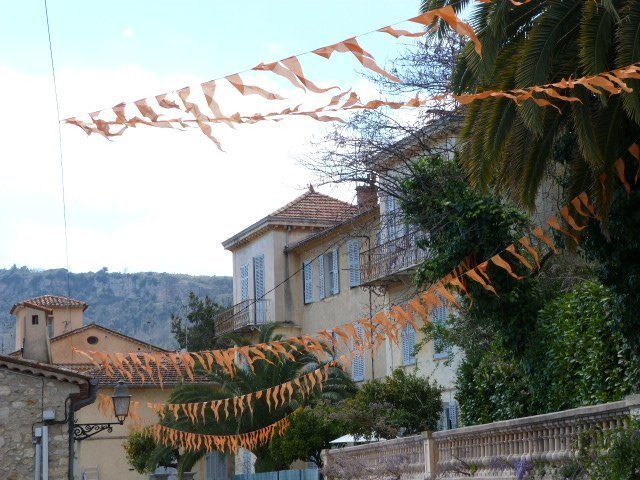 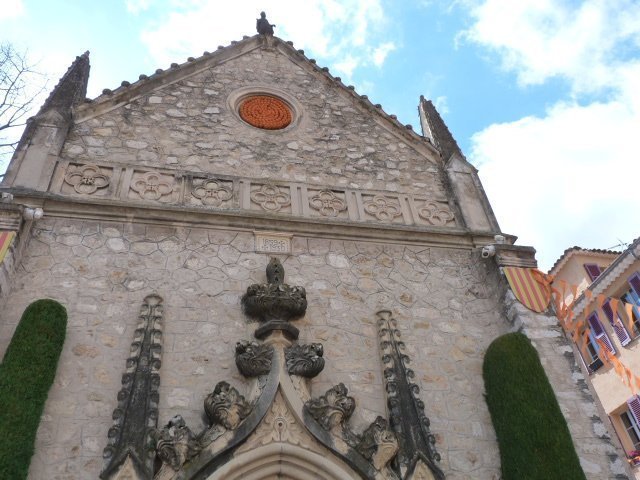 Do you enjoy traditional fairs like this? Are there any where you live? Do tell!

13 of the best hill villages near Nice 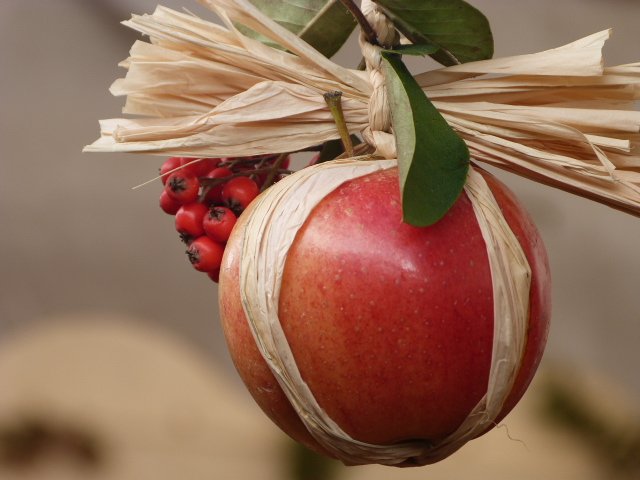