Back in late 2015 I was asked by the magazine Living France to write a series of articles about my garden in the Côte d’Azur.  I wrote one for each season and couldn’t publish them here on the blog as the magazine, being an actual “old-school” print magazine, requires its readers to purchase a hard copy.  Now, however, more than a year later I feel it’s OK to share what I wrote for those of you who missed out first time round. 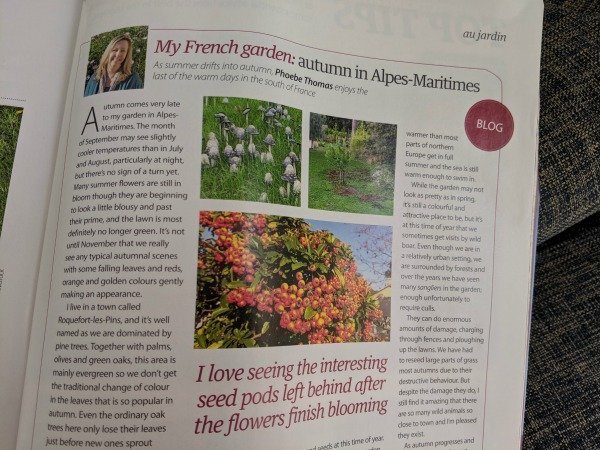 Autumn comes very late to my garden in the Alpes-Maritimes.  The month of September may see slightly cooler temperatures than in July and August, particularly at night, but there’s no sign of a turn yet.  Many summer flowers are still in bloom though they are beginning to look a little blousy and past their prime and the lawn is most definitely no longer green.  It’s not until November that we really see any typical autumnal scenes with some falling leaves and reds, orange and golden colours gently making an appearance. 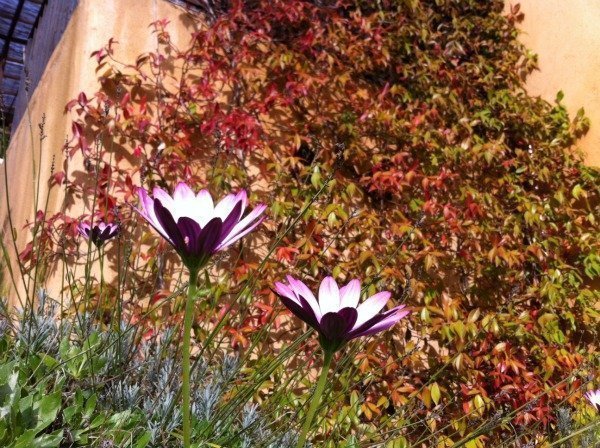 I live in a town called Roquefort les Pins, and it’s well named, we are dominated by pine trees. Together with palms, olives and green oaks, this area is mainly evergreen so we don’t get the traditional change of colour in the leaves that is so popular in autumn.  Even the ordinary oak trees here only lose their leaves just before new ones sprout in spring rather than autumn.  But having said this, if you look around there are little signs of autumn from October onwards.

One of the main jobs in the garden at the end of summer is to cut back the lavender on our 100+ bushes. It’s time-consuming and back-breaking but it smells great!  I’m always a little sad when we have to do this as it means summer’s coming to an end and it also means no more gorgeously scented evenings when the lavender fills the air. The trimmed bushes have their own beauty and look tidy but I do so love it when they are in bloom.  We usually keep most of the sprigs to make lavender bags and potpourri as well as some decorations.  At least this prolongs our enjoyment of our beautifully perfumed, typically Provençal flowers. 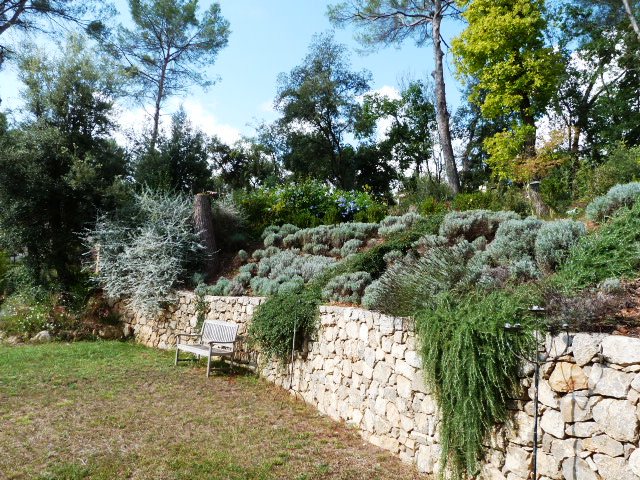 While we may not have traditional autumn scenes around us one thing I love as the seasons change is seeing the interesting seed pods left behind after the flowers have finished blooming  This is particularly so with some of the crazy weeds we get.  As I’ve mentioned in previous articles we leave much of our garden relatively wild and some of the annual self-seeded plants which grow to about two metres are full of odd berries and seeds at this time of year.  Birds love them but unfortunately for us these purple fruits result in very dark coloured poo which the birds release on the tiles of the pool, creating nasty stains! 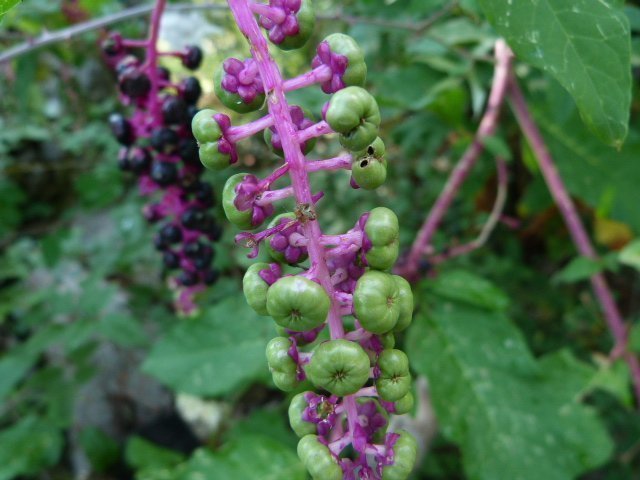 The flowers in our garden hang on till late in the year providing colour through the traditional months of autumn.  In October we usually still have oleander, osteospermum, plumbago, bougainvillaea and some roses in bloom and even a second flowering of ceanothus.  However the most spectacular colour comes in the form of berries on the cotoneaster bushes, flourishing from October throughout the winter in rich oranges and reds.  As we are lucky enough to have blue skies most of the time these berries look wonderful against the bright azure sky. 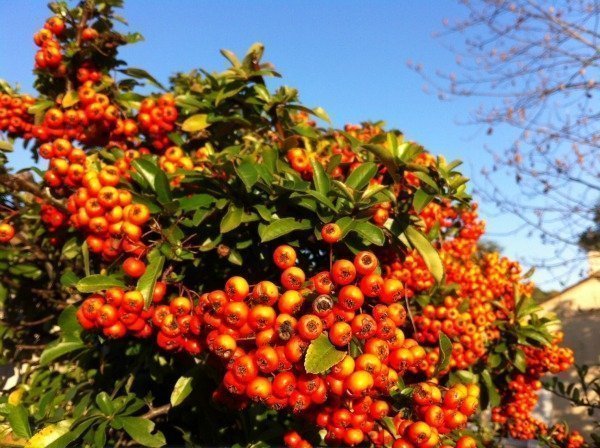 September and October, even through to early November are lovely months on the Côte d’Azur.  The daytime temperatures are warmer than most parts of northern Europe get in full summer and the sea is still warm enough to swim in.  While the garden may not look as pretty as in spring, it’s still a colourful attractive place to be, but it’s at this time of year that we sometimes get visits by wild boar.  Even though we are in a relatively urban setting, we are surrounded by forests and over the years we have seen many sangliers in the garden; enough unfortunately to require culls.  They can do enormous amounts of damage, charging through fences and pretty much ploughing up the lawns.  We have had to reseed large parts of grass most autumns thanks to their destructive behavior.  But despite the damage they do I still find it amazing that there are so many wild animals so close to town and I’m pleased they exist. 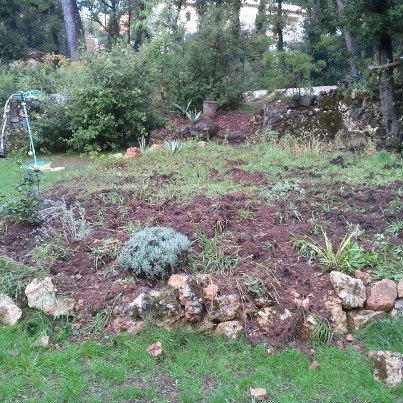 As autumn progresses and rain returns we tend to get plenty of fungi, not only in the damper, darker parts of the garden but all across the lawns too.  Sometimes our garden looks like fairies have taken over with crazy ink caps everywhere.  The rain brings colour back to our parched lawn and every year no matter how brown it’s become, it always goes green again, justifying our faith in nature. 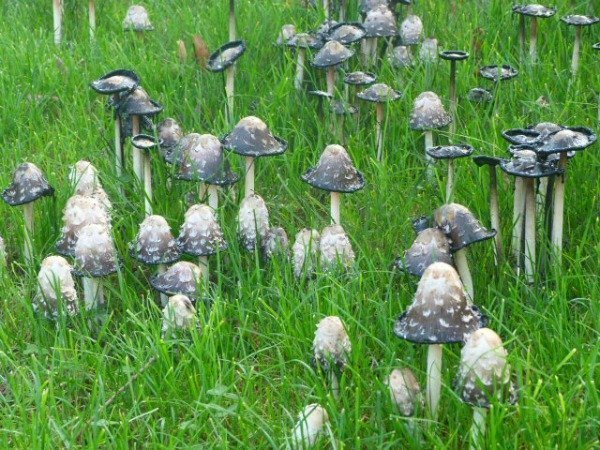 I’ve written plenty more about the garden at Lou Messugo over the years which you can find here, and if you’d like to know more about my experience writing for a paper magazine just click through here.  How does your garden look in autumn?  I’d love to hear in the comments. 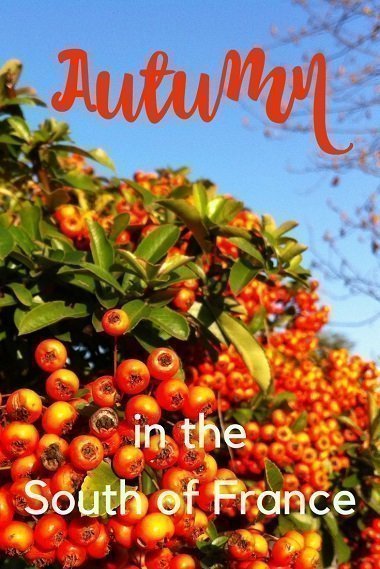 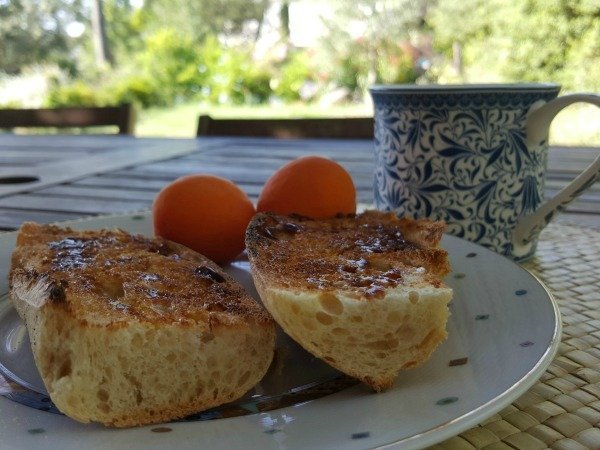 A day in my life 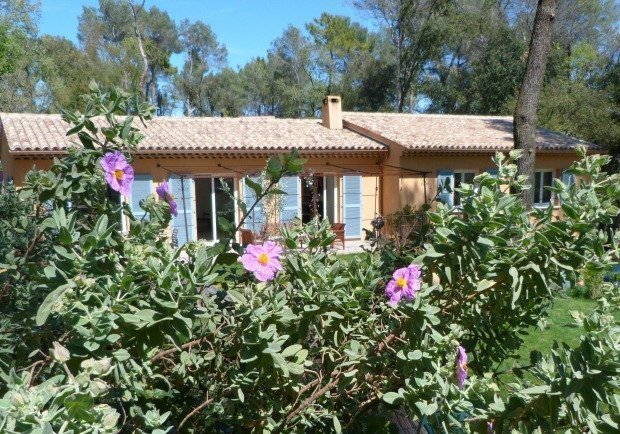 What is “Lou Messugo”? 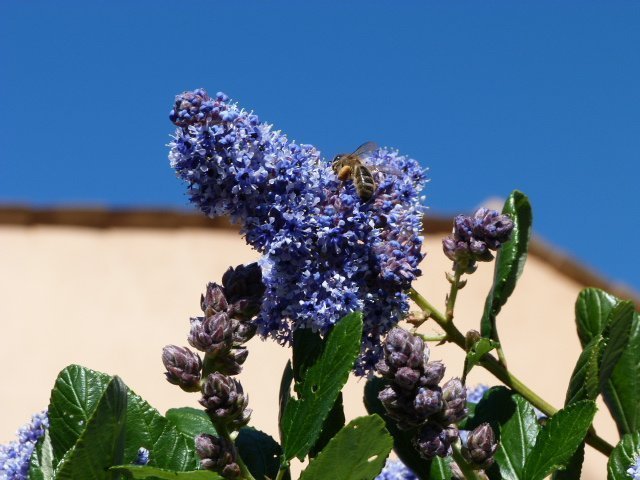 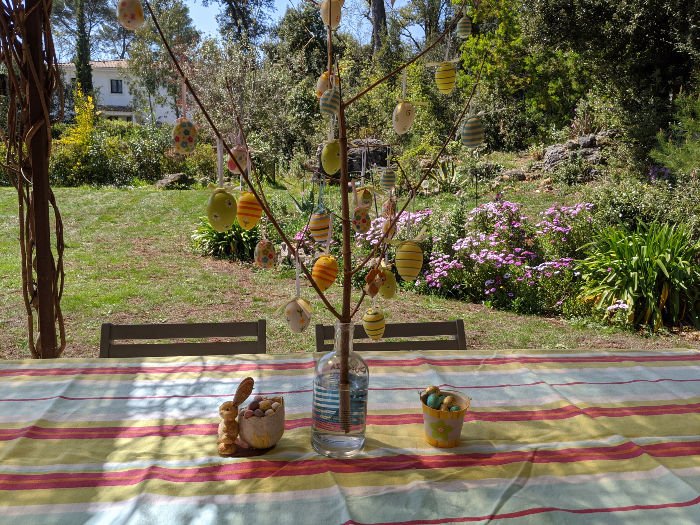 The Ups and Downs of Lockdown