The Christmas meal in France, eaten on the evening of the 24th of December, wouldn’t be complete if it didn’t end with a delicious dessert of bûche de Noël, but what exactly is a bûche de Noël?  Literally translated bûche de Noël means Christmas log, and nowadays it comes in the form of a cake shaped more or less like a log.  Its origins however come from a real wooden log.

Like many traditions associated with the end of year celebrations, the Christmas log probably comes from Pagan rituals surrounding the Winter Solstice.  However, slightly more recently over the last few centuries tradition had it that families would gather on Christmas Eve to light a fire with a large log that burnt for at least three days, preferably more, till New Year or even up until Epiphany on the 6th of January. 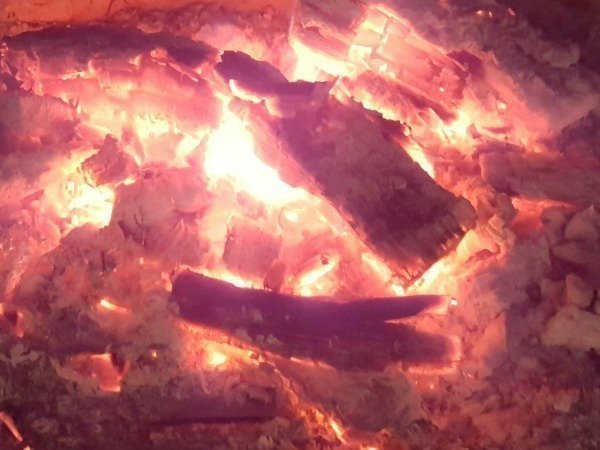 Ideally the wood would have been from a fruit tree to guarantee a good harvest the following year. Before lighting it, it was blessed with a branch of box or bay leaves and sprinkled with different substances depending on the region.  In wine-making areas, it would have been splashed with wine to guarantee a successful harvest.  In some places it was sprinkled with salt to keep away evil spirits.  Once blessed, the log would protect the household for the coming year, as long as it burnt for at least the minimum 3 days!

As heating developed in French houses, the large open fire became rarer, being replaced with a cast iron stove and ultimately central heating.  This meant burning a huge log became impossible for most households and so the tradition morphed into a cake in the shape of a log, enabling a symbolic continuation of the ritual. 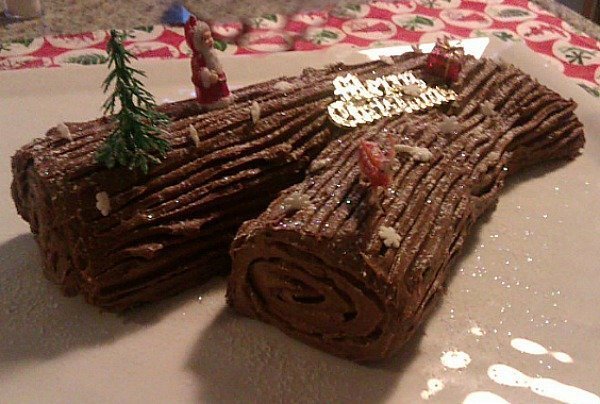 The actual inventor of the cake is unknown, though various possibilities and theories exist including an apprentice baker in Paris in 1834, or the baker to Charles III of Monaco, Pierre Lacam, in 1898 or perhaps a baker with the company Colibri as recently as 1945.  However, despite its lack of precise origin, pretty much everybody agrees that it started out as a cake made of genoise sponge, spread with a coffee, chocolate buttercream and rolled into the shape of a log.  It was then iced with more buttercream and scratched to create a wood pattern. 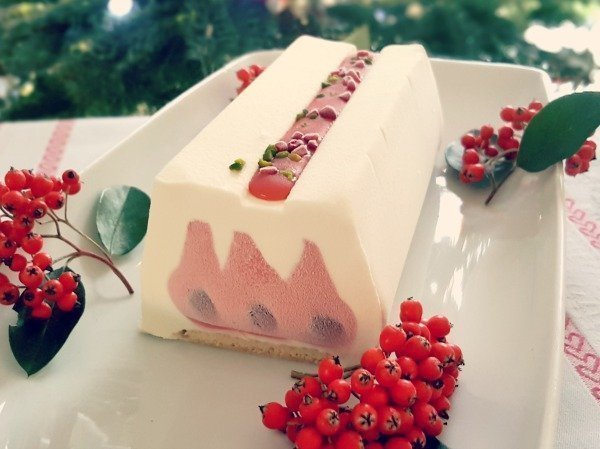 Nowadays the bûche de Noël has developed to include ice-cream logs and lighter versions made with fruit, meringues, macarons, etc – the only limit is imagination, for example renowned Michelin starred chef Thierry Marx (famous for molecular cuisine among other practices) has created a bûche this year (2016) without sugar, using only fruit, pectin and chocolate.  “Logs” are also no longer necessarily rolled but come in all shapes as long as they are long(ish) and thin(ish).  Many patisseries are known for their imaginative take on the bûche and regular clients look forward to finding out what form each year’s log will take.

Personally I’ve never made a bûche at Christmas, I can make a tasty cake but I’m not so gifted in presentation so I’m happy to support local commerce and buy from the pâtisserie for the big day. However, some of my friends are excellent cooks and talented bakers and I’ve illustrated this article with their creations – thanks Sophie (below), Christine (middle, traditional log) and Esther from Third Culture Mama (beautiful snowy photo at the top) along with logs I’ve eaten over the years.

Variations of the bûche de Noël exist in several other countries, are you familiar with it wherever you are?  I’d love to hear about your Christmas food traditions.

To read more about food at Christmas in France take a look at:

Update post-Christmas 2016: some friends sent me pictures of their creations which I’m happy to include here.  In order thanks to Esther (again), Clara from Expat Partner’s Survival Guide, Rachel and Sophie. 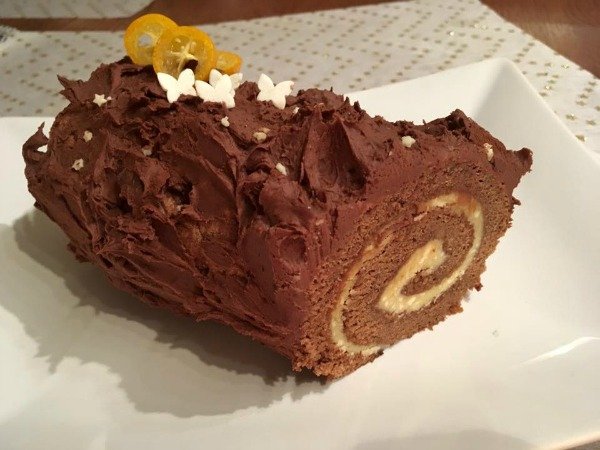 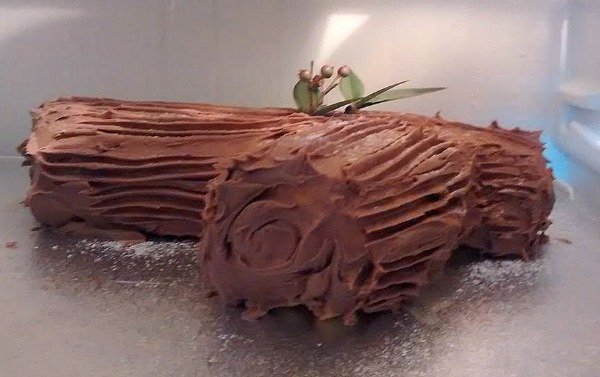 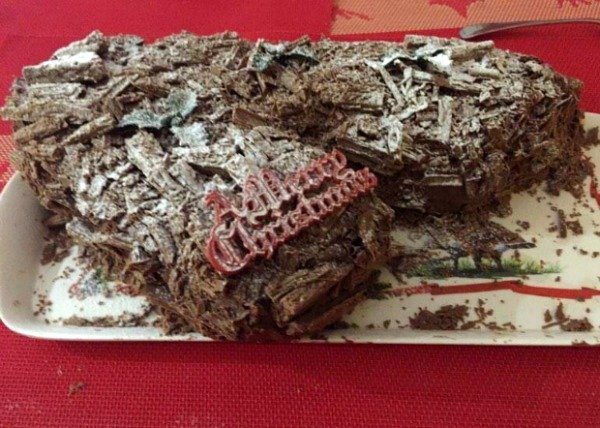 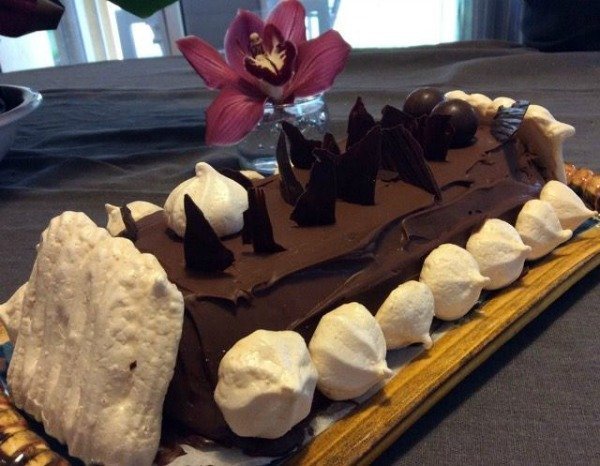