It’s mid November but until yesterday it’s been sunny and warm enough to eat outside at lunchtime in short sleeves.  Roses and plumbago are still in bloom in the garden and seeing as most of the trees around here are evergreen there are very few bare ones.  We were even swimming in the sea until 2 weeks ago. It’s hard to feel like winter is on its way and I’m just fine with that!  But there is one clear sign however and that is the annual ski sale in the village hall.

The bourse aux skis, (ski exchange), organised by Roquefort’s ski club every year enables skiers to sell old gear and re-equip at absurdly good prices. With fast-growing children this makes the whole ski experience just that little bit more affordable as each year we sell off their too small kit, including clothing, replacing it with the next size up.  We set the price we want and the club takes 15% of any sales we make.  What I love about this is that perfectly good equipment gets used and reused over and over again, avoiding landfill.  It  means we don’t have to store bulky items for years between the two kids nor have the hassle of trying to sell on the internet.  This year we re-equipped both boys for 135€ (combined total, in itself very reasonable) and sold off last year’s stuff for 105€ meaning we got skis, boots, helmets, poles and snow boots for 30€.  Now that really is a bargain! 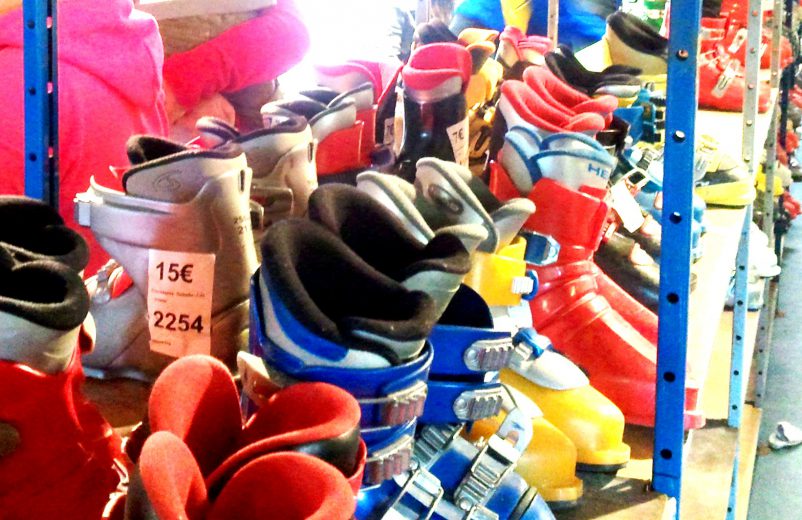 But why do we have a ski club and a ski sale? Aren’t we in the south of France, famous for its beaches and Mediterranean climate?  Yes we are, but as an added bonus Roquefort les Pins is only 50 minutes from the nearest ski resort, Gréolières les Neiges, and within 2 hours of plenty more! This means we go skiing for the day or sometimes only half a day depending what else we have on throughout the season. Having our own gear means we don’t have to bother with hiring each time leaving us more time on the slopes and with prices like these how can we go wrong?  It doesn’t even matter if the season isn’t great and we don’t go often, kitting out two children for 30€ can’t be beaten!

To find out more about skiing on the Côte d’Azur take a look at the post I wrote about it here Skiing with a sea view… We really are in a special part of the world!  The Bourse has inspired me; it’s time to forgo rosé for vin chaud, pull out the Ugg boots, light a fire and bring on winter – let’s hit those slopes! 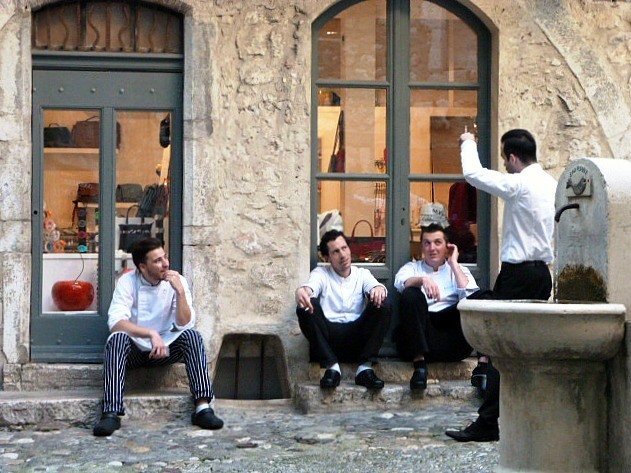 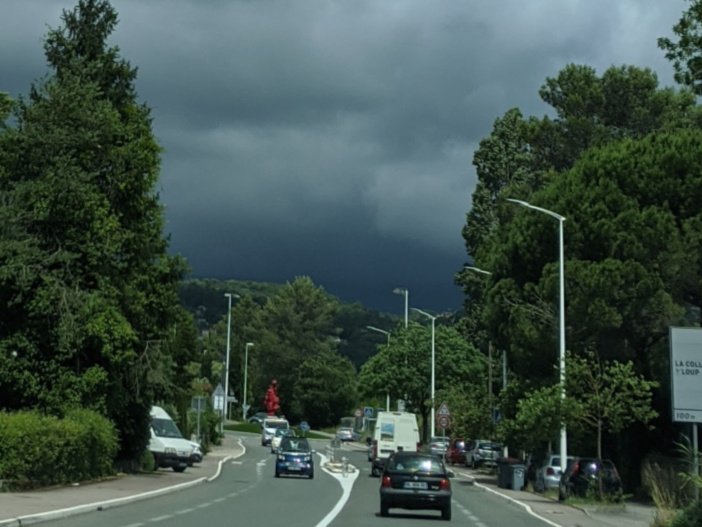