September – c’est la rentrée! School’s back! If you have spent any time at all in France in late August/early September you can’t have missed seeing and hearing these words all over; from shop displays and newspaper headlines to adverts and radio jingles. But this expression means so much more than just the beginning of the school year. It refers to a period of time at the beginning of September (even stretching through late into the month), reflecting a whole change of pace, a return to normalcy after the long summer holidays.

In August (and to a certain extent July as well), major sectors of France slow down or stop completely. School is out, parliament is in recess, many restaurants and businesses are closed completely and even large sectors of the public service grind down to all but minimal functionality. It’s holiday time. Everyone is on vacation, nothing much gets done. But come September, everyone returns home, goes back to work or school and life gets back to normal. La rentrée is relevant to practically everyone in France whether of school age or not. 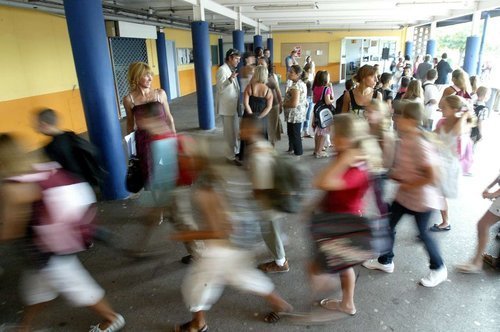 And thanks to this there’s a great little expression in French which doesn’t really exist in English, and such a useful one at that: “à la rentrée!“. This basically means “See you in September” It’s a way of saying goodbye while acknowledging that you’ll see each other again in the autumn, after the summer break. It’s also a way of saying when something will happen, with la rentrée serving almost as a second time in the year for resolutions to be made (after those failed new year ones). One can say “I’ll do that in the rentrée…” such as get organised, start exercising, lose weight…start blogging regularly…! (It’s a great word for procrastinators…!) 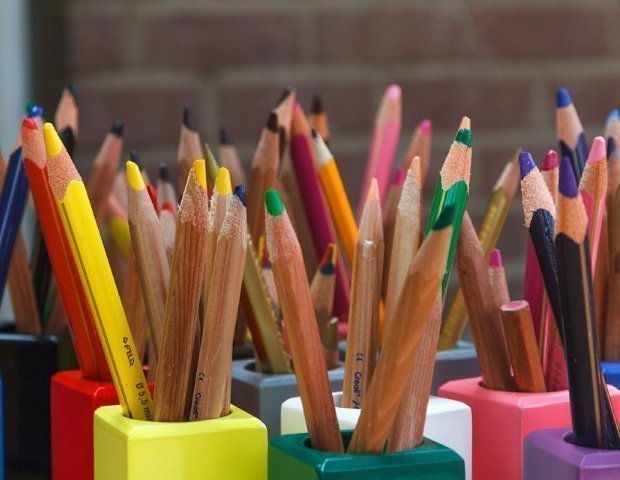 However, there is a truly awful side to the rentrée for any parent of school-aged children, and that is the dreaded “liste des fournitures“. This is the list of school supplies that you have to buy for the coming academic year and while that sounds banal enough…trust me, it’s not! As the kid gets older, the list gets more complicated, so for now my experience takes me to age 14 – 3è in the French system, the equivalent of Year 10 in UK, 9th grade in USA. 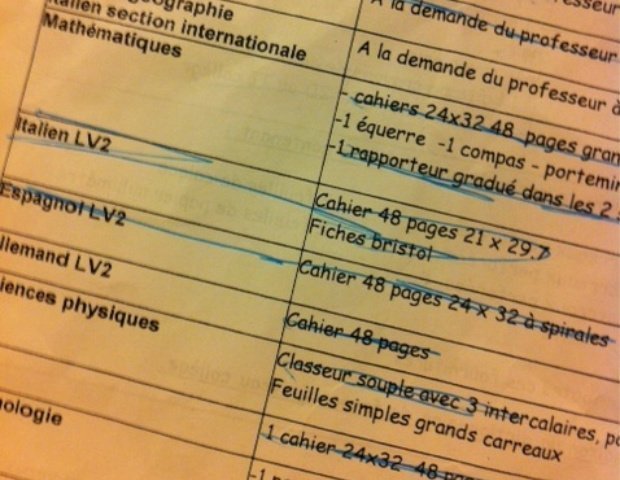 The lists of notebooks specify the size: some teachers like 24 x 32 cm books, others prefer 17 x 22 cm and yet others prefer 21 x 29.7 cm. Each book needs a plastic cover (bought separately) in a different colour. French students write on paper with squares, not just lines and some teachers want books with large squares and others want small squares.

Each teacher specifies the number of pages each notebook must have and woe and betide you if you buy your child a book with 96 pages when they asked for 48. Some subjects require spiral-bound books, others loose leaf sheets of a certain weight (220 g was on one of my lists), double or single-sided; some require plastic document folders, others loose plastic pockets for certain sized paper… 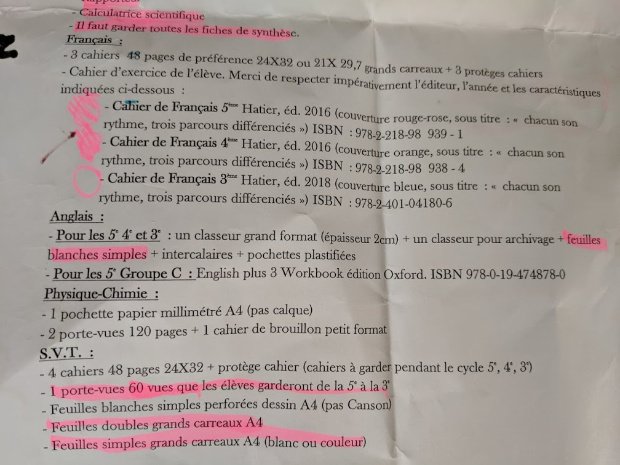 When you add all this to the fact that it seems 2 million other people are shopping with you at the same time and you’re trying to juggle each child’s list, trust me, there really isn’t anything positive about the experience. But just to add salt to the wound, your child is sure to come back after day one saying that their teacher has changed and the new one prefers big to little, or this to that and you have to go out and get it all again!

Tomorrow my N° 1 son “rentre” (yes, it’s a verb too…rentrer to go back to school, il rentre he goes back to school) and I’m holding my breath for how many things I got wrong, how many changes there have been and how much more I have to spend… September, c’est la rentrée!

*UPDATE 2014*  Son N° 1 starts lycée this year and halleluiah, at last we are given some freedom…the list is not quite as dictatorial as the one for collège.  For example “trousse complète” meaning a complete pencil case, leaving us the choice of how many red pens, black biros, pencils etc we want to provide our kids. I love lycée!  (I still have one child at primary though, with 6 more years of prescriptive lists.)

How is the beginning of the school year where you are? Do you have such a “September” experience?  Do you have to provide such specific equipment for your schools? I’d love to hear about your experiences of “la rentrée“.

This post was originally written and published in September 2013.  I now only have one kid in the French school system and I still hate buying school supplies for la rentrée!

End of the School Year in France