Scratching the surface of Biarritz and the Basque Coast 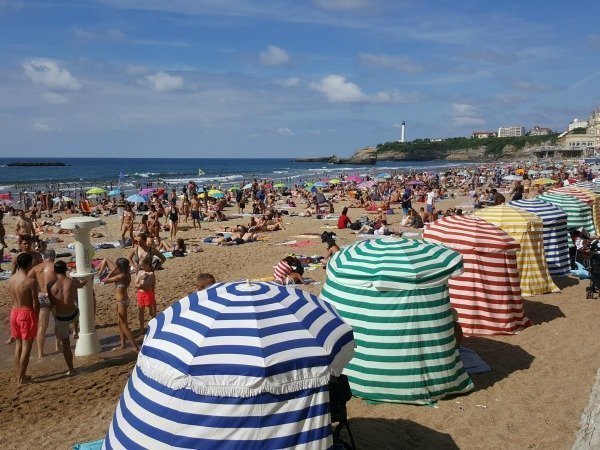 Right at the beginning of our Iberian Peninsula summer road trip, while staying in Donostia San Sebastian in Spain, we popped back for a day to France, thanks to JF’s addiction to the weekly newspaper Le Canard Enchainé.  This satirical journal is published every Wednesday and seeing as we were only minutes from France, we decided to visit Biarritz and the nearby beaches on the Wednesday rather than any other random day, so he could get his weekly fix of French satire. Somehow it seemed odd to head back to France having only been in Spain for 3 days but some would say we weren’t in either Spain or France at all but in the Basque country.  This region, called Euskal Herria in the Basque language straddles the Western Pyrenees and covers parts of both Spain and France.  The people, language, traditions and culture are bound together historically, with Basque nationalism stronger in parts than others, but for all intents and purposes (in this case, the need to buy a French newspaper) we definitely felt we were going back to France!

As well as hunting down a Canard Enchainé we spent a lovely day searching for beaches JF used to go to on family holidays as a child, failing to find one particularly elusive place which seemed to have changed beyond recognition in 35-40 years.  The Basque coast is wonderfully dramatic as the mountains meet the Atlantic, with cliffs and rocky outcrops breaking up the sandy beaches and huge skies blending into the blue sea. 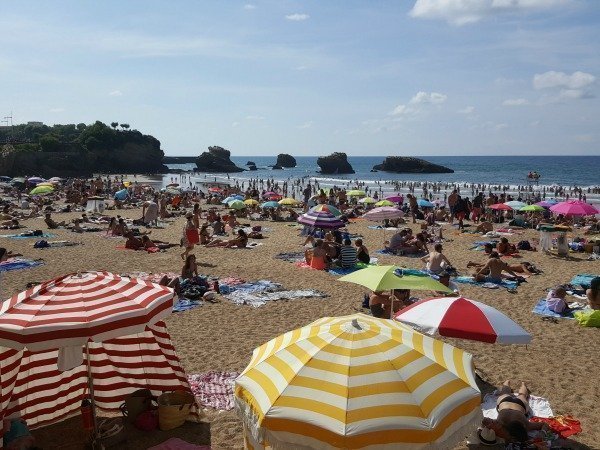 We had fabulous weather – something that isn’t always guaranteed in this part of France, just look at how green the fields are and you know there’s no shortage of rain – which meant sunbathing and surfing were very much on the agenda.  For us Mediterraneanites (is that a word?) the waves on the Atlantic coast are the great attraction (even if the water itself is a tad chilly) and the boys were chomping at the bit to start surfing. 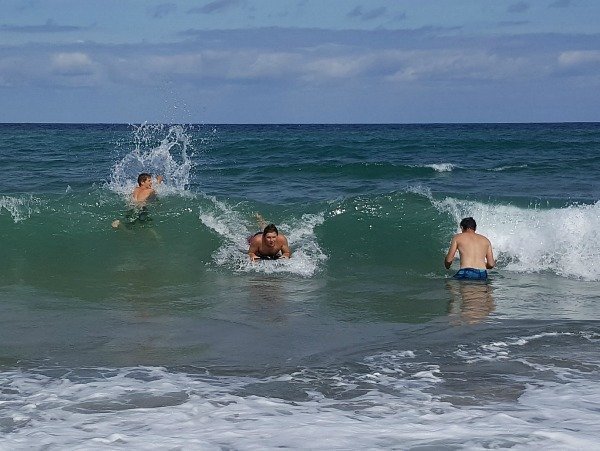 We spent several hours on a beach in Bidart, just south of Biarritz and then moved on to Biarritz itself for the afternoon.  JF and I last visited when I was pregnant with the teen who is just about to turn 17.  It was our second to last holiday as a couple before children and together with St Jean de Luz, where we actually stayed, holds a special place in my heart.   Despite being very glamorous and utterly European there’s something about the main beach that reminds me of Bondi beach in Sydney. 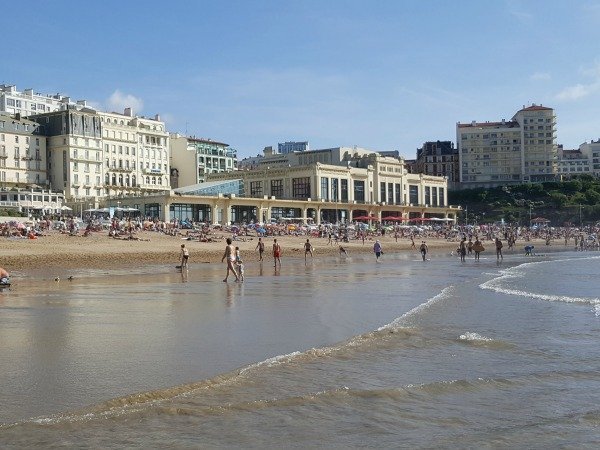 The building (above) with colonnades full of cafés and surf shops, that quite strangely also houses a municipal swimming pool, makes me think of the Bondi Pavilion, and anything that reminds me of Sydney makes me happy.  (I’m talking about the Bondi Pavilion of the late 80s to early 90s here, who knows whether it still looks the same…it’s been so long since I was last there). 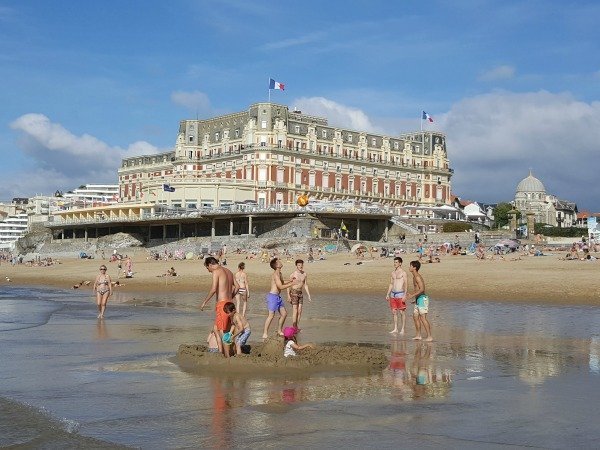 The main beach, Grand Plage, in Biarritz is busy and crowded there’s no getting around that, but it’s colourful and fun with brightly coloured stripy beach tents running along the back wall.  It is dominated by a massive hotel built by Napoleon III as a palace for his bride Eugénie and a jumble of classical buildings aside a hideous modern block of flats, but somehow the whole thing works. 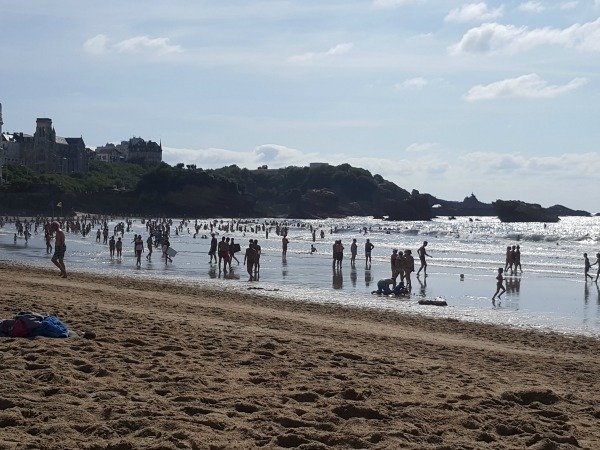 As a town beach it’s elegant and trendy at the same time.  Surfers rub shoulders with chic Parisians, Quicksilver next to Louis Vuitton, in a surprising mix that gives it a unique character.  Having originally gained fame as a summer resort for wealthy Parisians Biarritz is now also a surfing mecca.  The two worlds seem to coexist harmoniously; I loved it and would happily go back for more. 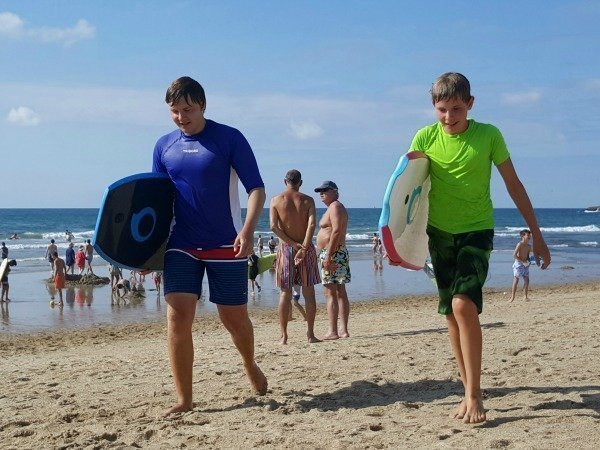 Biarritz and St Jean de Luz, which we didn’t leave enough time to go to other than just to drive through the centre and along the beach unfortunately, were both places I had wanted to return to for several years now and thanks to JF’s obsession with “the duck” as I call his paper, we made the effort to go.  I’m so glad we did and I can easily see us spending more time there in the near future. 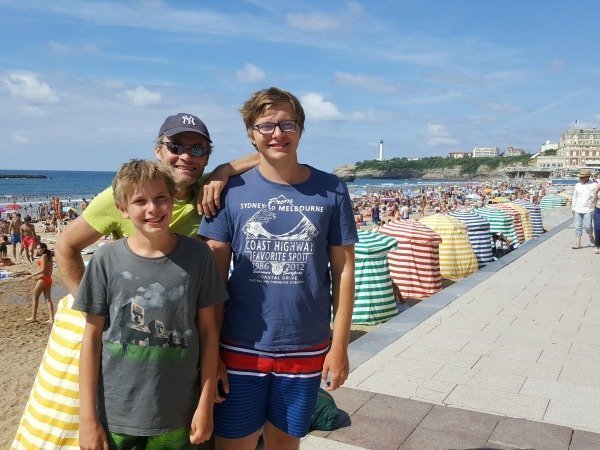 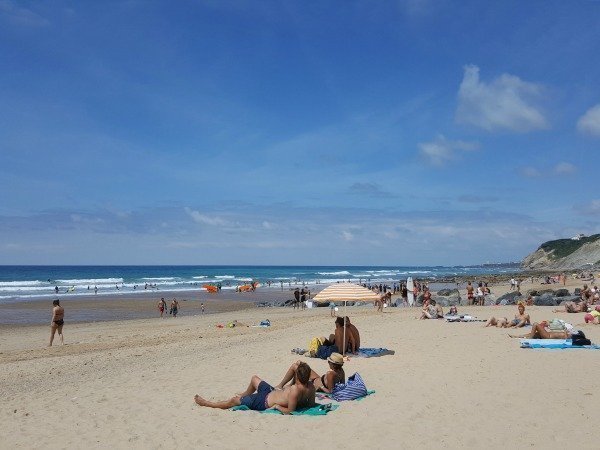 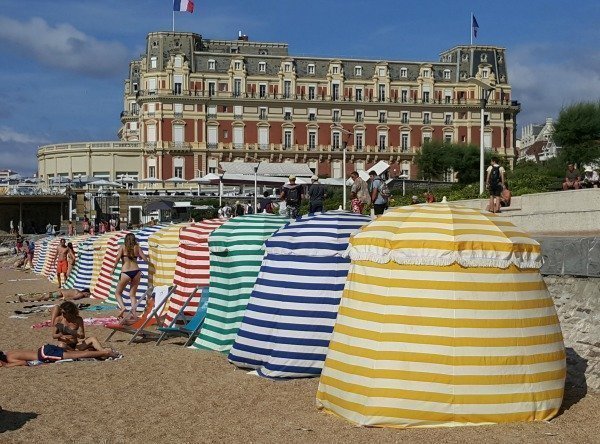 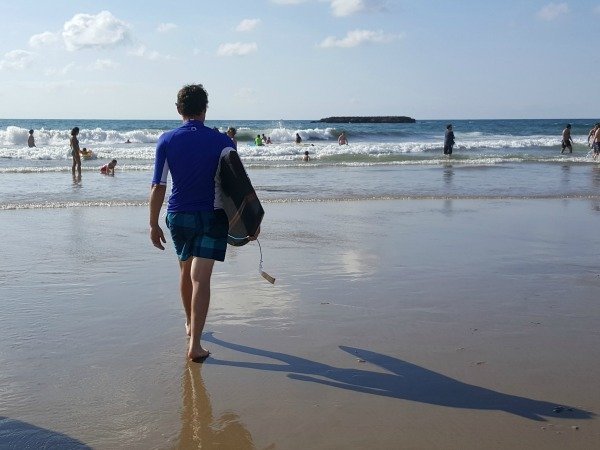 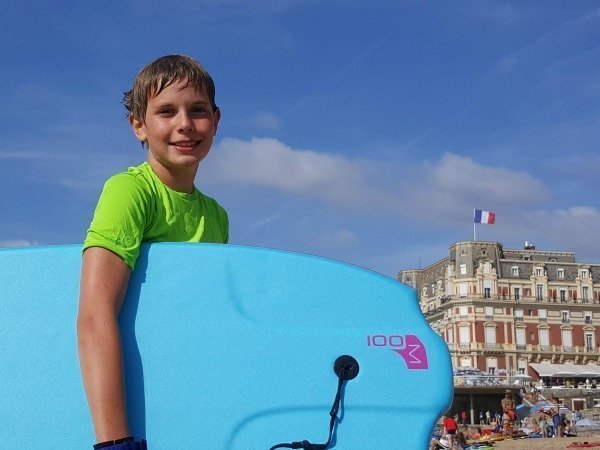 Have you been to Biarritz and the Basque coast? 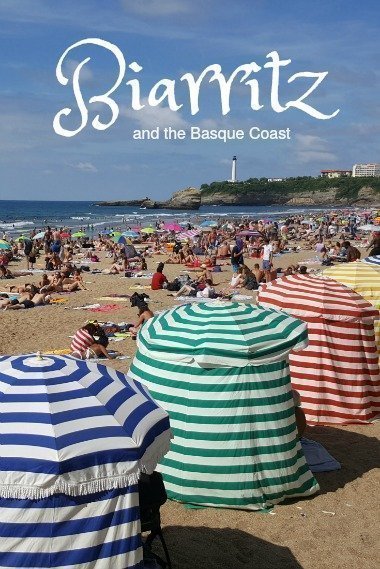 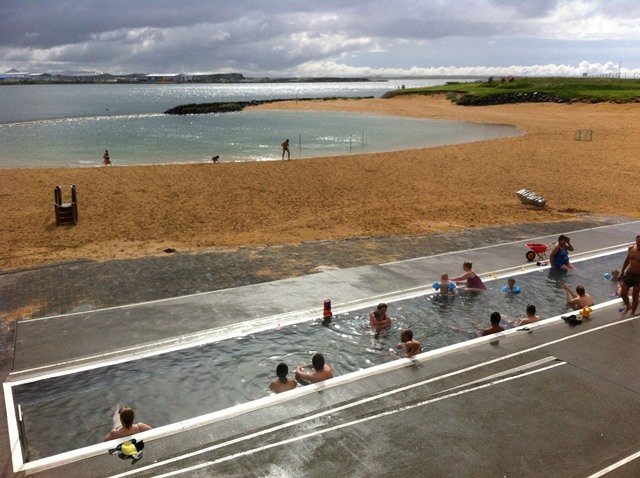 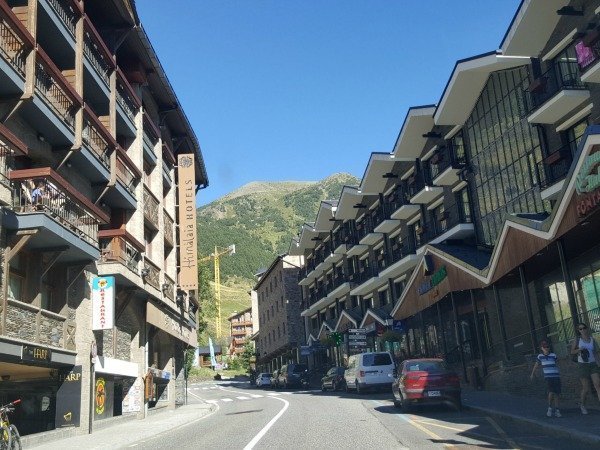 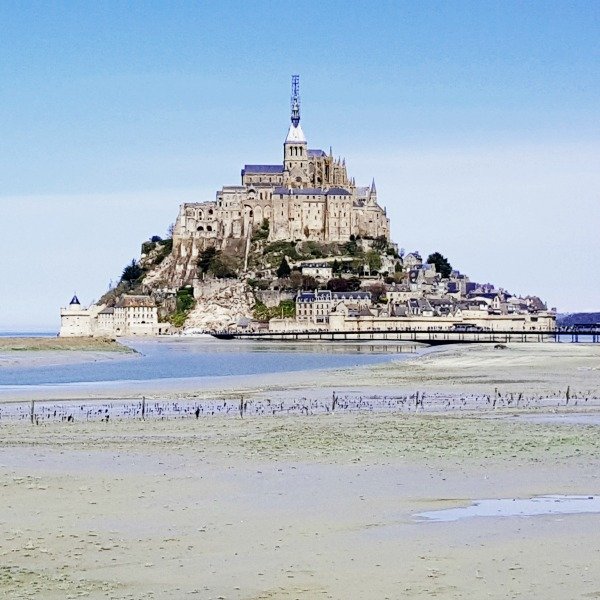 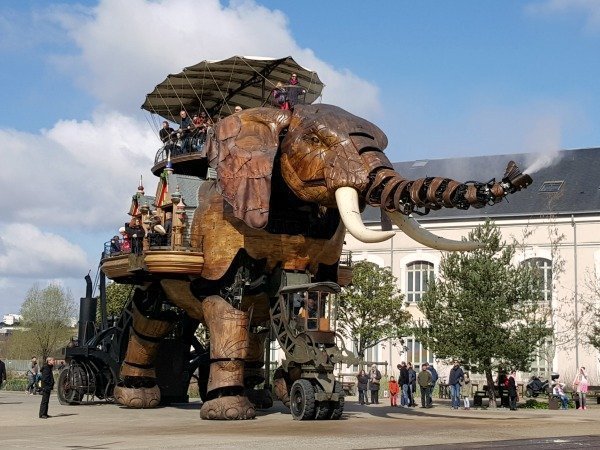