Something my son said a few days ago got me thinking.  He said the word “argent” (money) has the most synonyms in the French language.  I can’t vouch that this is an absolute fact as it’s an incredibly hard thing to verify but it would appear to be highly likely from the research I’ve done. Using several dictionaries, Wikipedia and talking to my sons and French friends I’ve come up with a list of 102 words! So even if that’s not the most differences for one little word, it’s certainly a hellava lot.

{As a slight aside, taking the above photo got me quite nostalgic as I was transported back to travels around the globe with spare change in Singaporian dollars, Croatian kuna, American dimes, Moroccan dirham, Kenyan shillings, tiny Finnish markka, Swiss francs, Bulgarian stotinki, Italian lira and even one Chinese yuan, amongst others.  Some of these currencies don’t even exist any more!}

But back to those 102 words for money, here they are:

Synonyms for “money” in French 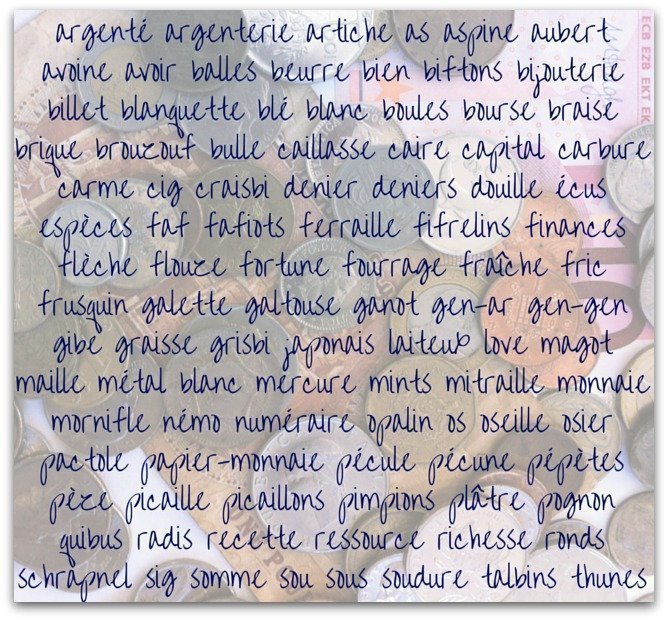 Of these 102 words JF had heard of about 80% and regularly uses balles, braise, brouzouf, fric, pactole, pognon, radis, ronds, sous and thunes.  I would say it’s very rare that he asks me if I have any argent, it’s always one of these 10 and even I use the word sous more than argent.

I wonder if any other language has as many versions for one word?  I’ve always found French to be very rich in slang, much more so than English, so it doesn’t come as a complete surprise that there are so many synonyms for money, but over a hundred…that’s impressive!  Chapeau!  (As they say in French!)

French speakers have I missed any?  Can you add to this list?  And what about in your language or the language where you live?  Can you think of one word that has so many choices?  I’d love to hear from you. 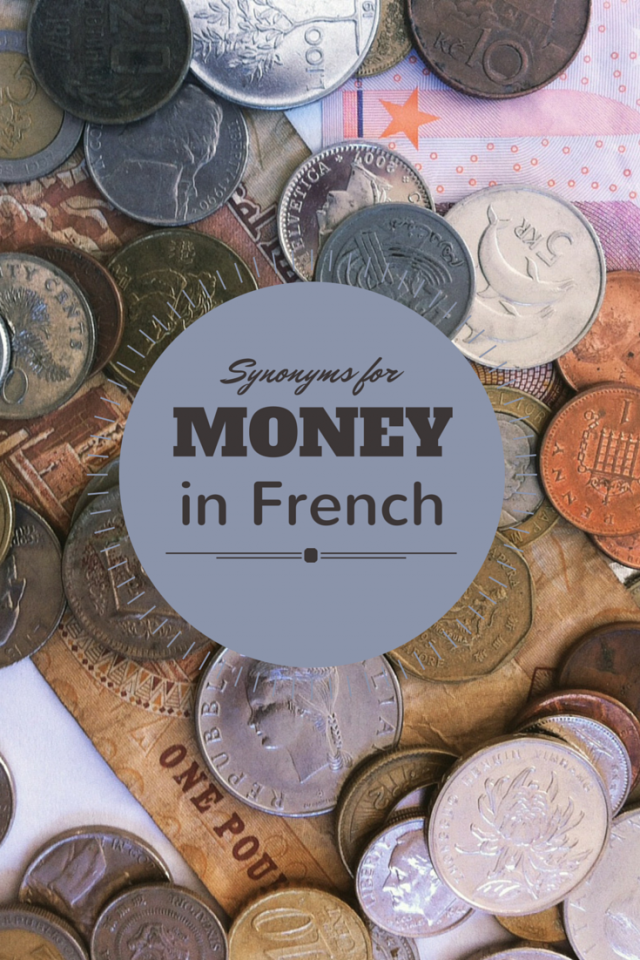 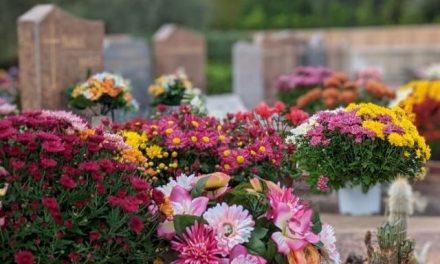