Until recently I had only been to Fréjus to go to the beach never to the centre.  Once we stopped off on the way home from somewhere to have a quick look at some of the Roman ruins but only very briefly several years ago.  So when my parents, visiting from England, suggested a day trip with the cathedral in mind I thought why not?  It was about time I had a better look at this nearby, relatively unknown, ancient town.  It was time to discover the lovely Provençal town of Fréjus.

Fréjus has a long history, going back to Roman times when Julius Caesar established a naval base there.  Such was its importance that the population of the town was greater in the 1st century BC than it is now.  However the original port has long since silted up and the Roman remains have fallen into a fairly poor state of disrepair (and insensitive renovation, more on this later).  Nowadays, I discovered, it’s the lovely medieval centre of Fréjus which is the main drawcard over the classical remnants.

We headed straight to the very pretty Place Camille Formigé, a couple of kilometres inland from the modern marina. Pastel coloured, shuttered townhouses line two sides of the market square while the elegant orange facade of the Hôtel de Ville and striking Cité Episcopale, or cathedral close, line the others. Perfectly round little olive trees in containers, large plane trees just breaking into bud and several charming-looking cafés complete the idyllic Provençal scene. First on our itinerary, and the main aim of our visit, was to visit the beautiful cathedral close which consists of the cathedral St Leonce, the baptistry, chapter house, cloisters, former bishop’s palace (now the Hôtel de Ville) and an archeological museum.

The baptistry dates from the 5th century, built just as Roman power was declining.  It is one of the oldest and best preserved examples of early Christian architecture in France.  It features an unusual domed octagonal structure and octagonal baptismal basin which was only rediscovered in the 1920s having been built over in the 13th century.  Unfortunately we could only take a little peak as visits are by guided tour only and the timings didn’t suit us.

We did however get to see inside and explore the 13th century cloisters which feature a unique painted wooden ceiling.  The carved stone cloisters surround a small garden with a rain water well and have two arched entrances into what were once two different churches.  Unusually there is an upper floor above the galleries which was added in the 14th century and it was because of this that a wooden ceiling was installed and decorated with a series of individual pictures.

Of the 1200 original pictures 400 remain depicting an amazing bestiary of fantastical creatures, religious images and scenes of medieval daily life.  Crazy beasts with multiple heads, satyrs, monsters, mermaids, dragons and other mythical creatures are all intricately painted on a block each.  The imagination of the medieval artists and the insight these images offer into 14th century life is absolutely delightful and totally engaging.

(above 2 images taken from postcards)

After visiting the main part of the cathedral itself we decided to take a quick look at the Roman amphitheatre, despite some truly terrible TripAdvisor reviews.  I had been there before and remembered it as run down and shabby but authentic in a certain way.  It was built in the 1st century and seats about 10,000 spectators. Nowadays it is used for the occasional bull fight and rock concert.

The shocking thing is its recent renovation.  I don’t think I’ve ever seen a less sympathetic restoration of a historical sight.  It looks like it’s still under construction with corrugated iron roofs and blocks of concrete dumped in an appallingly brutal fashion.  I don’t know how it passed the strict criteria normally enforced by the Architectes des bâtiments de France and the historic monuments standards.  This is a very recent renovation so many guide books and reviews on line are out of date and unaware of the changes.  You have been warned!

We were too late to go inside but could see enough from the fence to know we weren’t missing much. What we did like though was the park area surrounding the arena. As part of the regeneration of Fréjus a few years ago the town invested in a memorial to the most terrible tragedy to befall the town.

In 1959 the Malpasset dam, 7 kms north of Fréjus, collapsed flooding the town within minutes, killing 423 people. The memorial consists of a series of plinths movingly inscribed with the names of all the victims along with several blocks of the original dam and a striking sculpture, all shaded by majestic umbrella pines.  The backdrop of the Roman amphitheatre adds drama, it’s just such a pity the metal roof and concrete walls can be seen.

Fréjus is located in the Var department on the coast between St Raphaël and St Tropez.  It is about a 45 minute drive from Lou Messugo (on the motorway).  We drove back via the gorgeous red rocks of the Estérel, double the time but stunningly beautiful, making a perfect day trip combining historical culture and spectacular coastal scenery.

Have you been to Fréjus?  Do you like visiting historical sites? 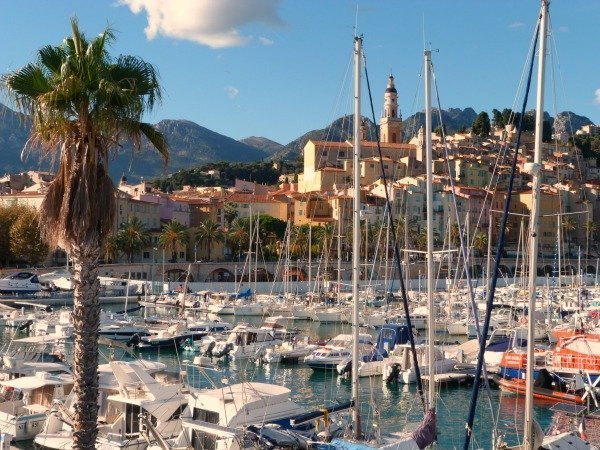 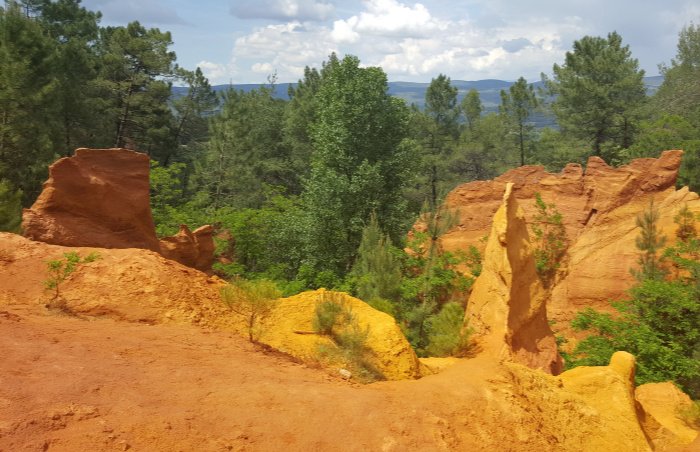