As the new year starts and many people are, I’m sure, thinking of detox, diets, cutting down and indulging less, we in France have the terrible misfortune to have to continue eating!  This is because of yet another culinary tradition, la galette des Rois, or Kings’ Cake, which is eaten at Epiphany – the 6th of January.  It’s tough living in the land of UNESCO world intangible heritage French cuisine, but we’ve got to respect the gastronomy!

This time it’s all about a simple flaky buttery pastry pie filled with delicious almond paste “frangipane”.  Inside a small figurine made of porcelain is hidden and whoever gets this in their piece becomes King (or Queen) for the day and gets to wear a paper crown.  The figurine is called a fève, meaning broad bean, as originally it was just this, a bean, hidden in the cake and not a trinket.  Nowadays the fève can be anything from a character in the latest Disney film to a religious figure or random item such as a milk bottle.  Many people collect them including my little son.  Here’s a picture of his loot so far.  At 8 with 8 on his shelf it’s not a bad collection but I’m not sure he can be considered a fabophile yet (the name given to collectors of fèves!)

When serving up the cake, to ensure that there is no favouritism shown (a-hem!) and the parts are distributed randomly and objectively, the youngest person hides under the table.  The cake is then cut into the number of pieces of the people present and the kid under the table shouts out the name of the person to be served.  I say kid because this doesn’t seem to happen at work “galette” gatherings and I can’t imagine it in retirement homes either, though I have no personal experience of that, so who knows? 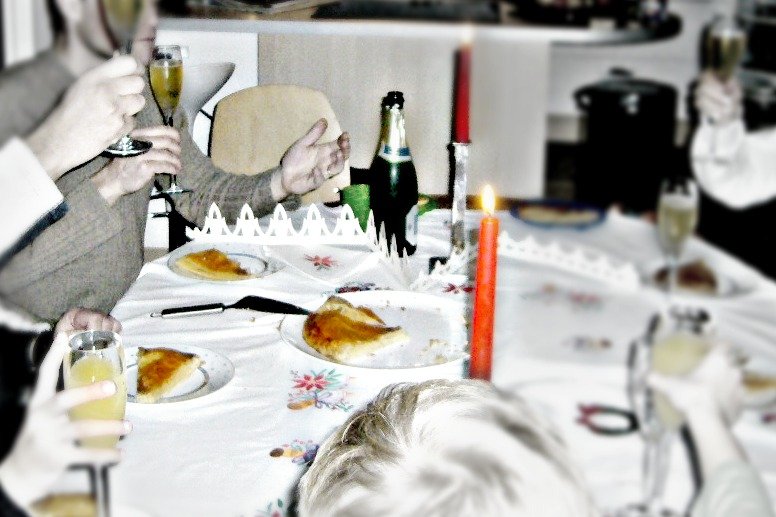 The galette is eaten throughout the month of January, often being the excuse for a get-together amongst family, friends and even colleagues.  Offices sometimes offer galette with a New Year drink as their version of the “Christmas” party.  (See my post on this here).  Down here in the south of France galette isn’t the only cake produced for the Epiphany, we also have the “Couronne” which is made of brioche, decorated with candied fruit and shaped as a crown.  It is sold in local boulangeries but in this household we all prefer galette and its traditions so the couronne has yet to make an appearance.  I’ll leave you with a picture of my King-for-the-day and his fève.  Do you think he gave it to his younger brother or not?  Answers on a postcard please (or in the comments below!) 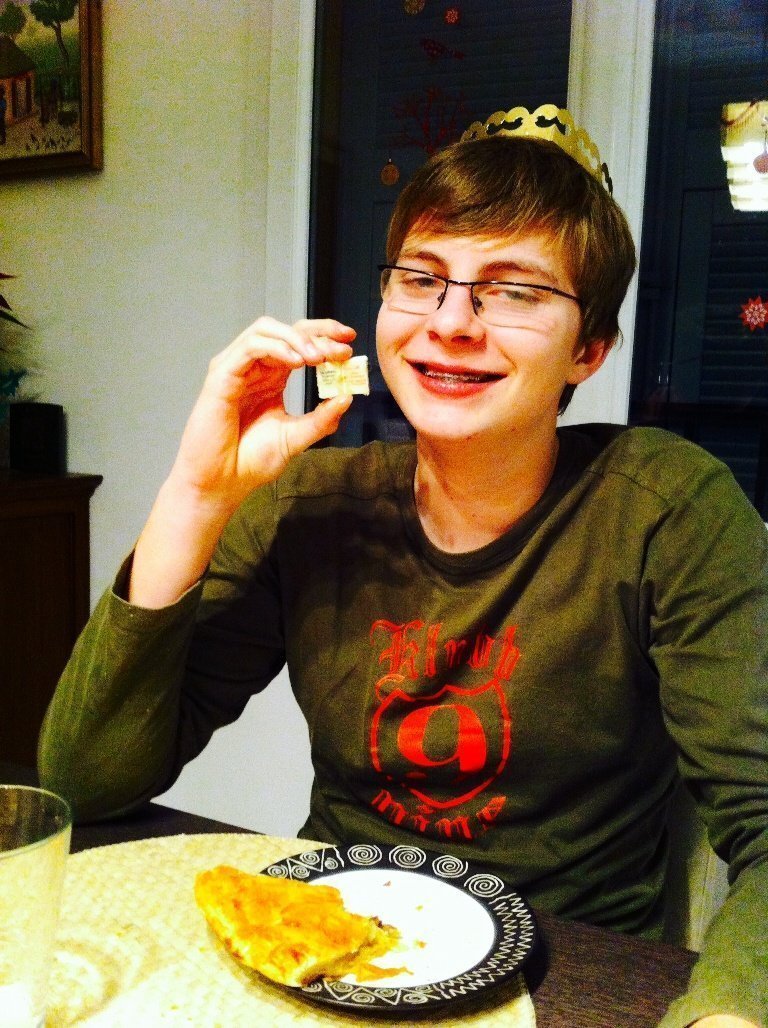 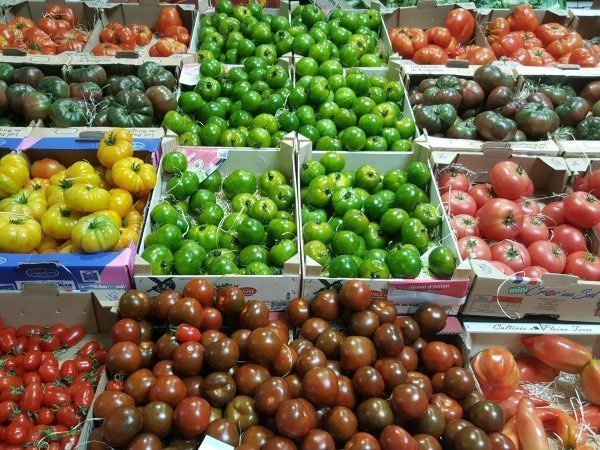 What is Goûter? It’s tea-time, kids!