St Paul de Vence is one of those picture perfect almost too-beautiful-to-be-true Provençal villages. It sits majestically perched on a low hill with 360° views, taking in the striking Baou de St Jeannet, the town of Vence, and the gentle plain that runs down to the coast of the Côte d’Azur.  It’s not high up like many of the medieval hill villages in the area but it is strategically located and heavily fortified to ward off attack back in the day when that sort of thing happened.

Nowadays the only attack it is threatened by is the coach loads of tourists bussed in from cruise ships and thousands of other independent visitors. It is almost too beautiful for its own good; it is perfectly renovated even down to the tiniest detail in the cobbled streets, it’s packed full of high-end art galleries, restaurants, antique shops and tempting boutiques, and people!  But despite the crowds I do still love it and living only 20 minutes away I’m able to visit at quieter times.  Like recently when killing time waiting for my son to finish his handball training in nearby Vence one evening I decided to go for a stroll…. 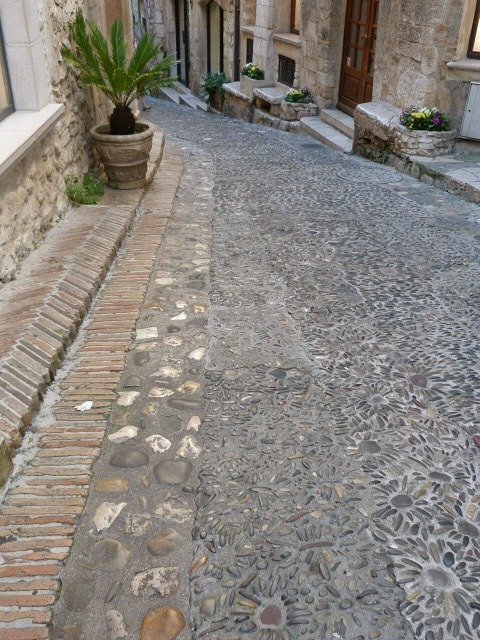 Actually I was really very pleasantly surprised by how few people were about.  I was there between 6 and 8 pm and while some shops were shutting most were still open, but the crowds had definitely gone.  The light was gorgeous and wandering around some of the tiny twisting alleyways I was completely alone except for the odd cat.  In eight years on the Côte d’Azur I had never seen it so calm. 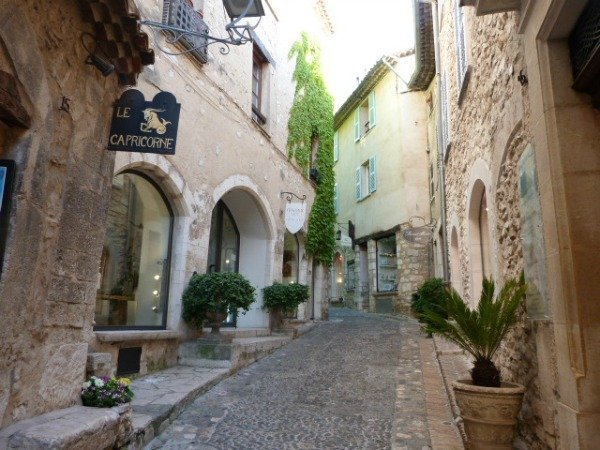 St Paul (as it’s known locally without the Vence bit) is one of the oldest medieval villages on the French Riviera and its ramparts, constructed by François 1er in 1540, are still almost fully intact.  It thrived in the Middle Ages producing wine, olives, oranges and figs but declined over the intervening years until the twentieth century when numerous well-known artists made it their base. Picasso, Chagall, Braque, Calder, Matisse, Miro and Dufy are just some of the names who have spent time here and during the 1960s many famous French actors, including Yves Montand and Simone Signoret, rocked up too.  Its place on the international art map was firmly established when art collectors Aimé and Marguerite Maeght established the Fondation Maeght in 1964, now considered one of the most important private modern art collections in the world. 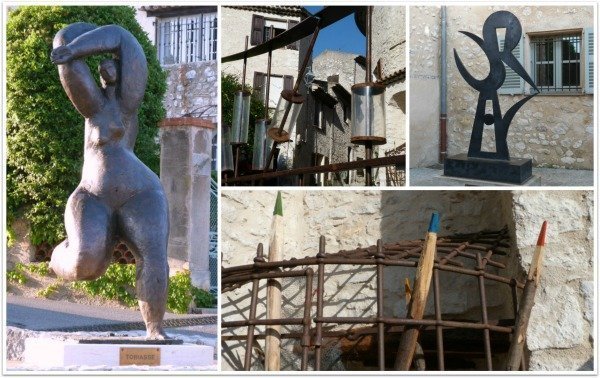 Art is all around in St Paul, you can’t miss it, from the many private expensive galleries to the varied and wonderful public sculptures and even a very contemporary Space Invader by the Unidentified Living Artist (ULA) Invader. 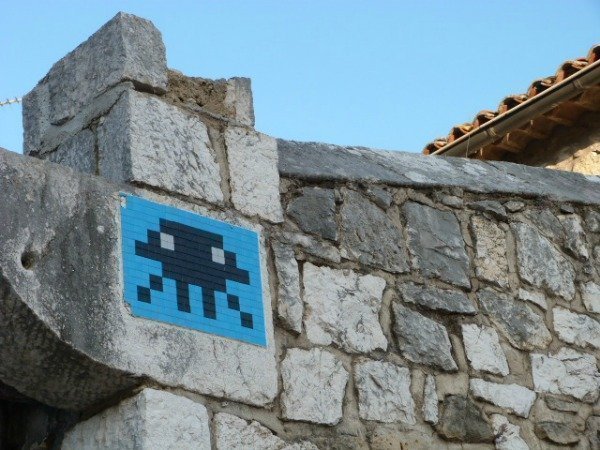 There is also a truly unique collection of art by the above mentioned artists (Picasso et al) inside the walls of the Colombe d’Or hotel.  After the First World War these very artists paid for their food and lodgings here with paintings which still hang on the walls throughout the hotel today.  Unfortunately you can’t just wander in and look, you have to be a client of either the hotel or restaurant, fair enough really.  For art lovers and art history buffs I suggest splashing out on lunch at the Colombe d’Or at least once to gain access to this amazing collection. I have been and it’s absolutely worth the price, but that’s another story for another day. 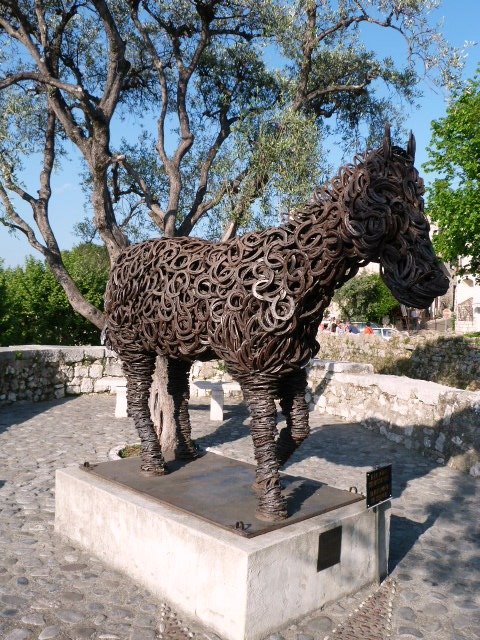 While St Paul is most well-known for art surprisingly it still has two tiny working vineyards hidden away below the ramparts amongst residential land.  I say surprisingly because the land around St Paul is fairly heavily built up, in the nicest of ways with luxury villas, swimming pools and boutique hotels, and there’s barely a metre to spare.  On my recent walk the spring vines looked gorgeous, bathed in golden light from the setting sun. 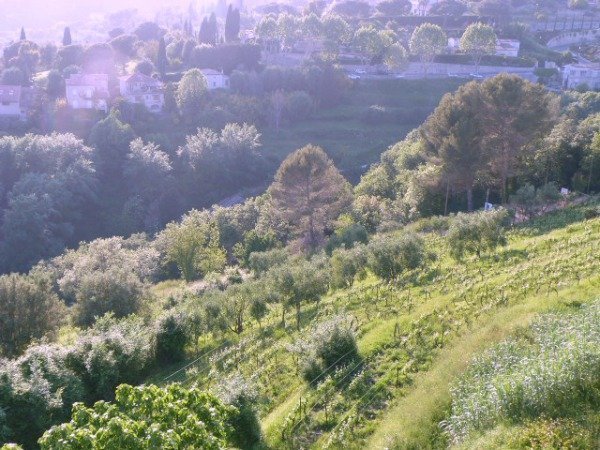 I think that’s enough words, I’ll leave you with some photos which speak for themselves.  Bonne balade! 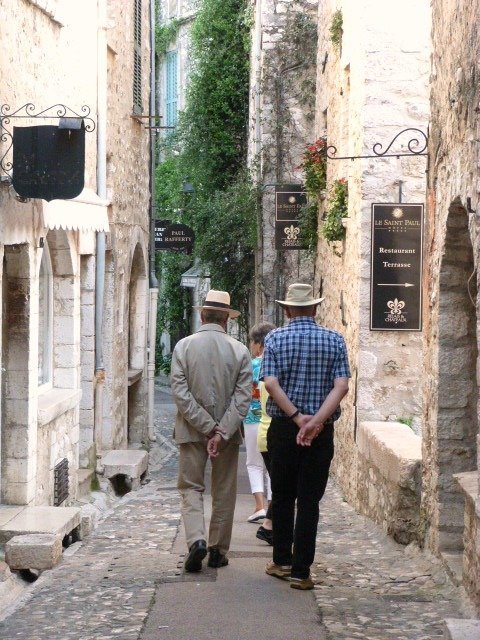 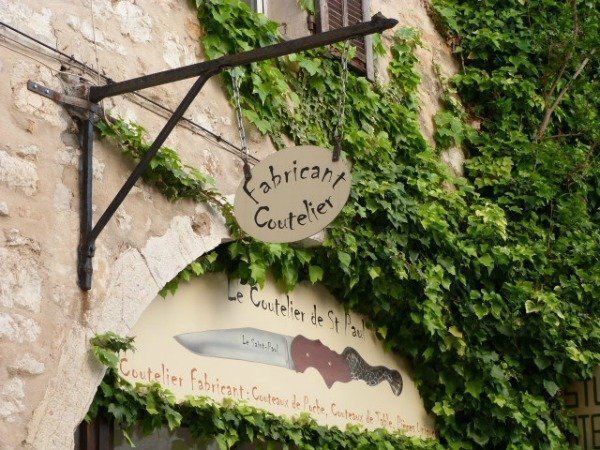 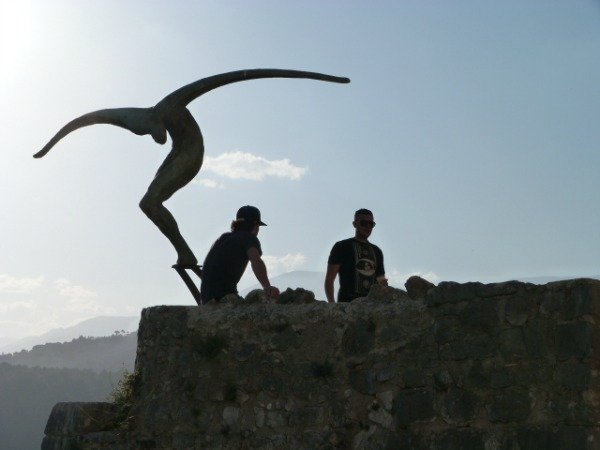 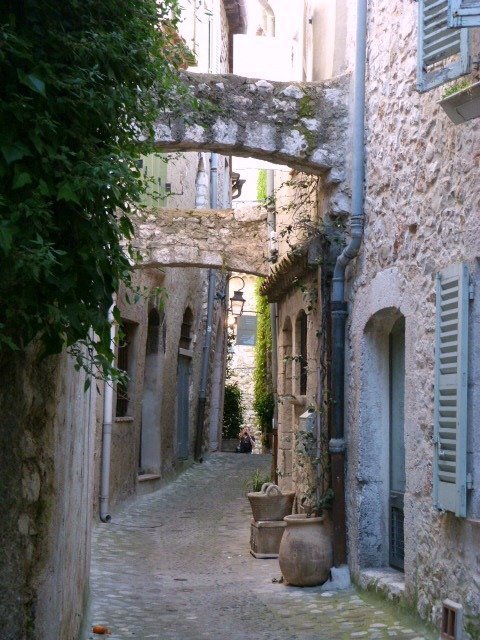 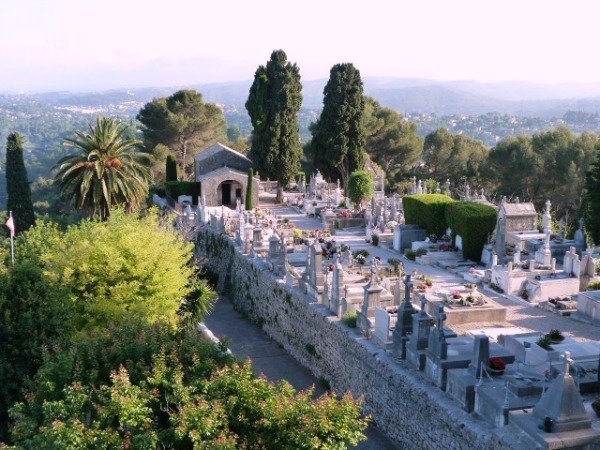 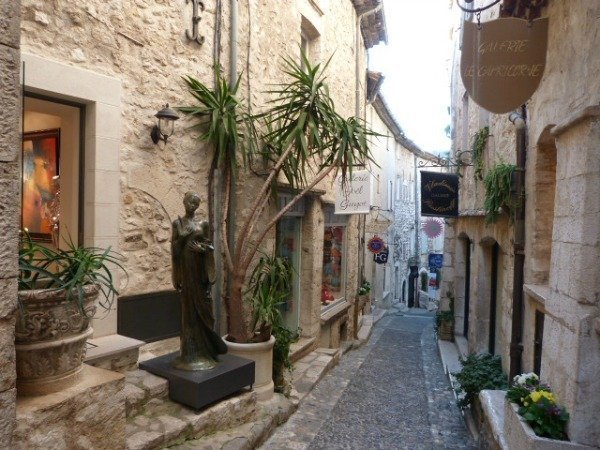 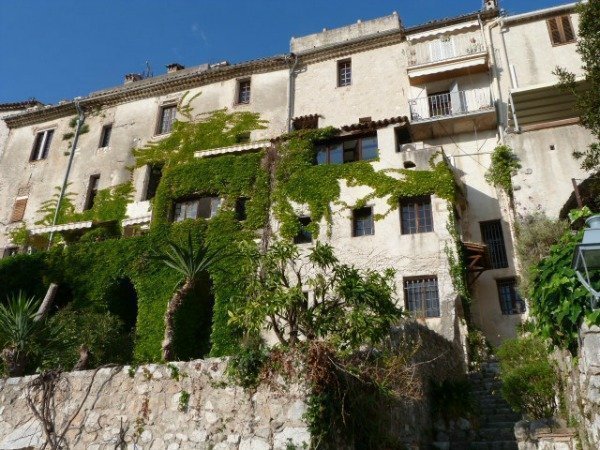 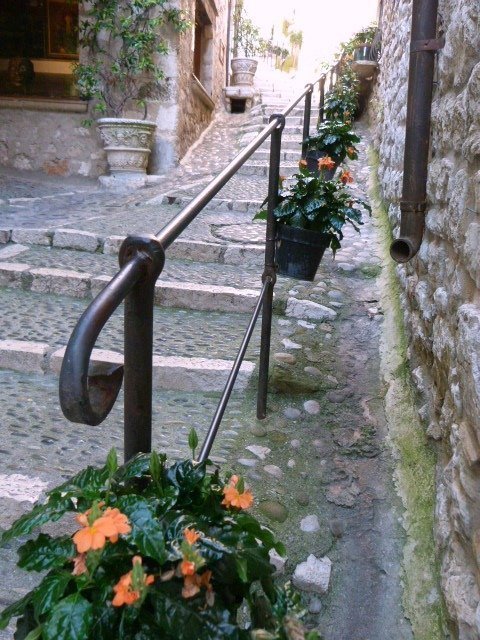 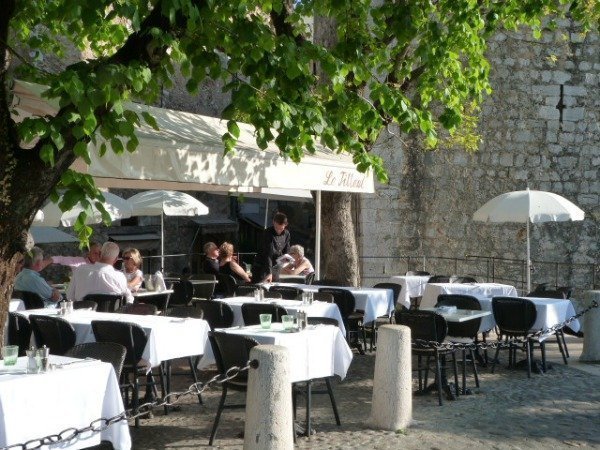 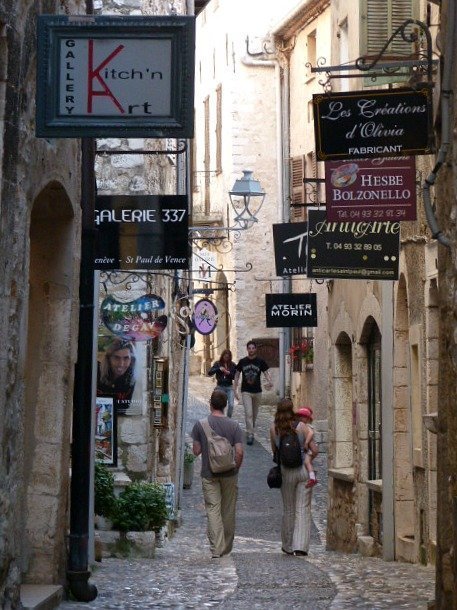 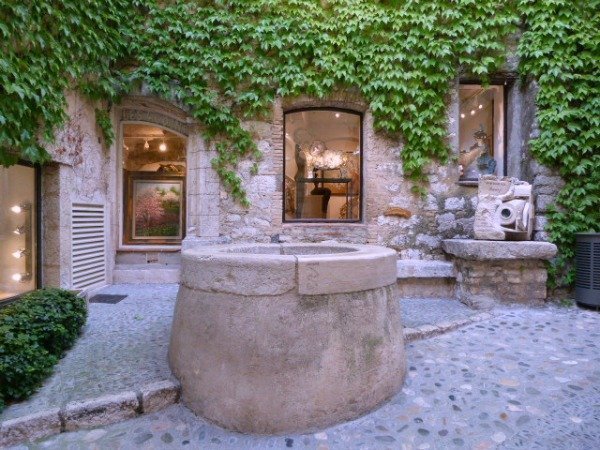 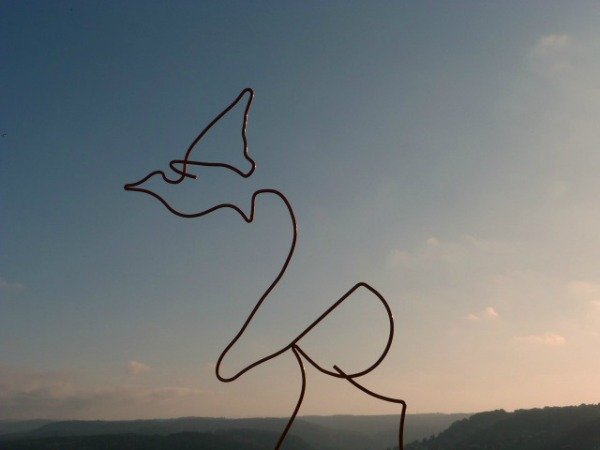 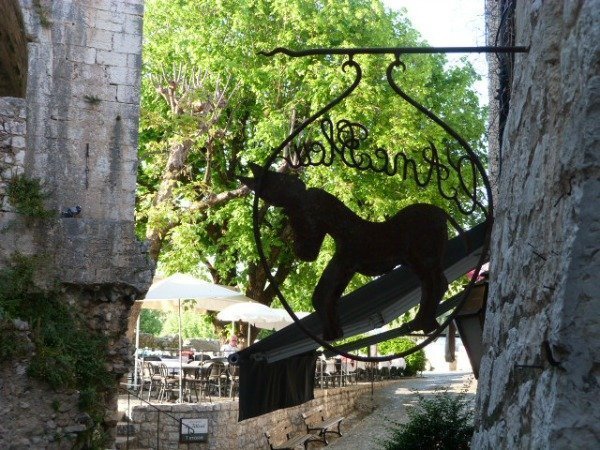 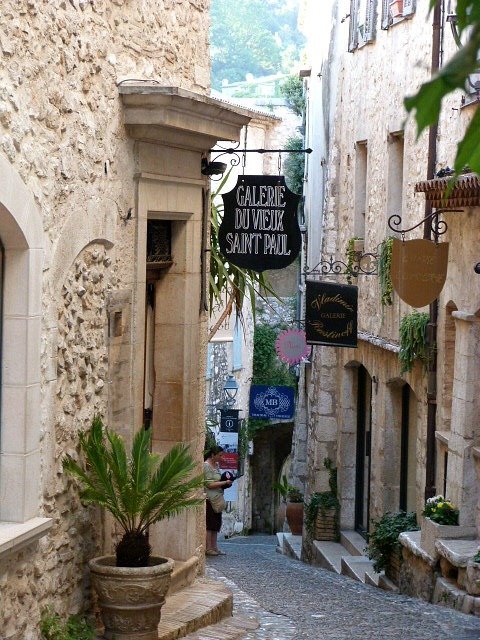 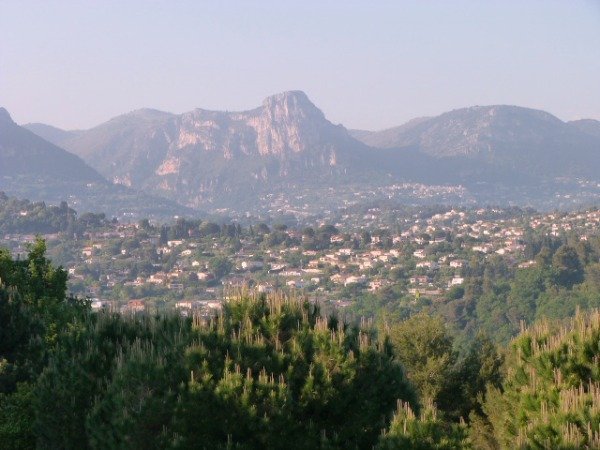 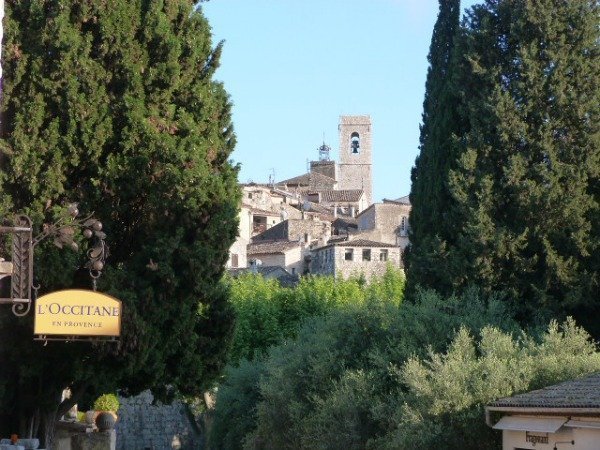 I hope you enjoyed your walk around St Paul, what do you think?  Pretty, n’est-ce pas?

13 of the best Hill Villages near Nice 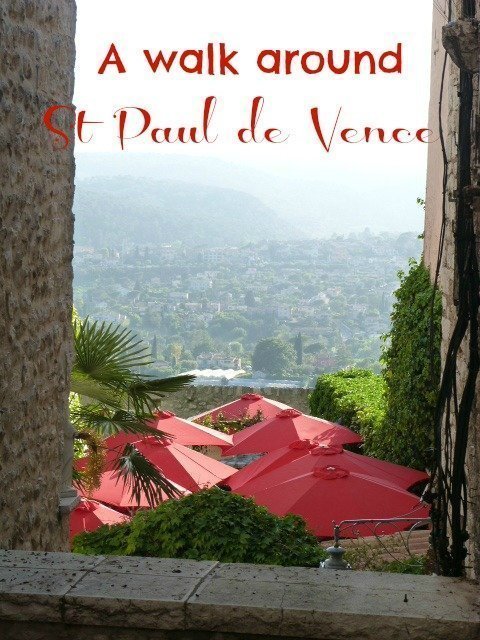 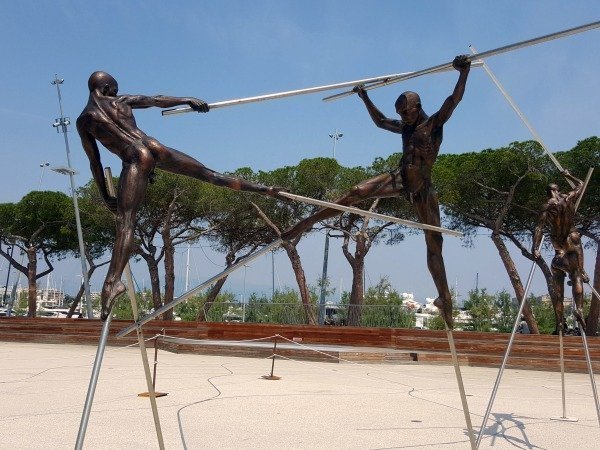 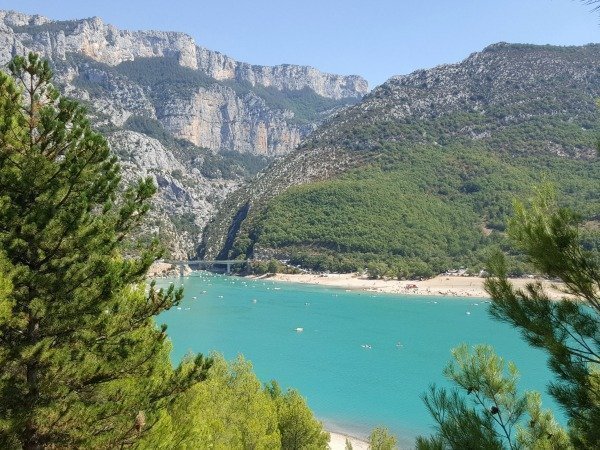 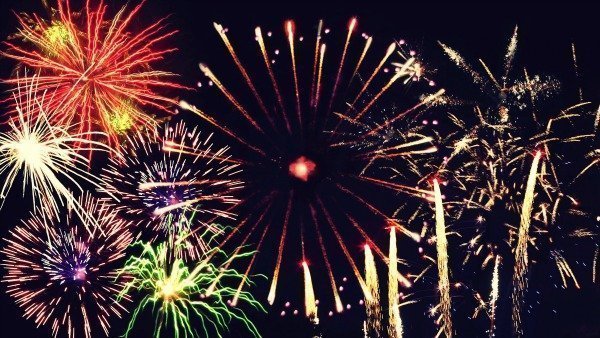