In case you’re not aware, I’ve been running a little summer series, writing about one local beach each week for the past month showcasing some of the places we like to go to cool off, swim, snorkel, jump off rocks and laze around on the Côte d’Azur.  Today’s location, la Pointe de l’Aiguille, is one of my family’s absolute favourites as it offers just about everything you could ever want in a beach, and a little bit more. 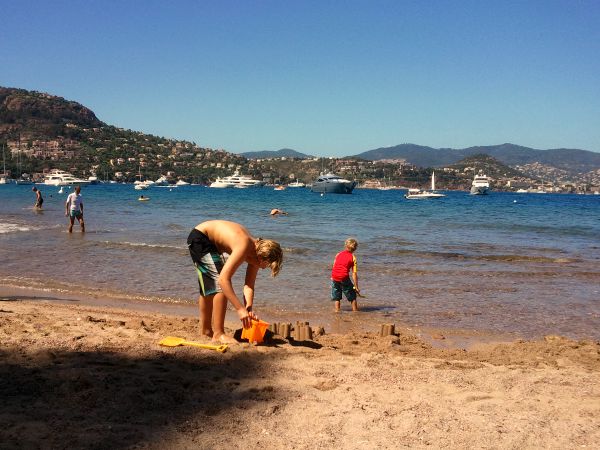 The beach itself consists of a long stretch of sand, broken up by small breakwaters, bordering a pretty landscaped path that runs its length from the car park to the “point”.  The path is paved and suitable for buggy/wheelchair access but being about 400 metres long (though completely flat) puts some people off from making it all the way to the end. And this of course is great during high season when anything that can reduce crowd numbers is a good thing in my mind.  I wish I could say we’re the only ones to make the trek but that would be a massive exaggeration, plenty of people do I’m afraid!  However, during the mid-season months of May, June and September, October there aren’t usually that many people around. 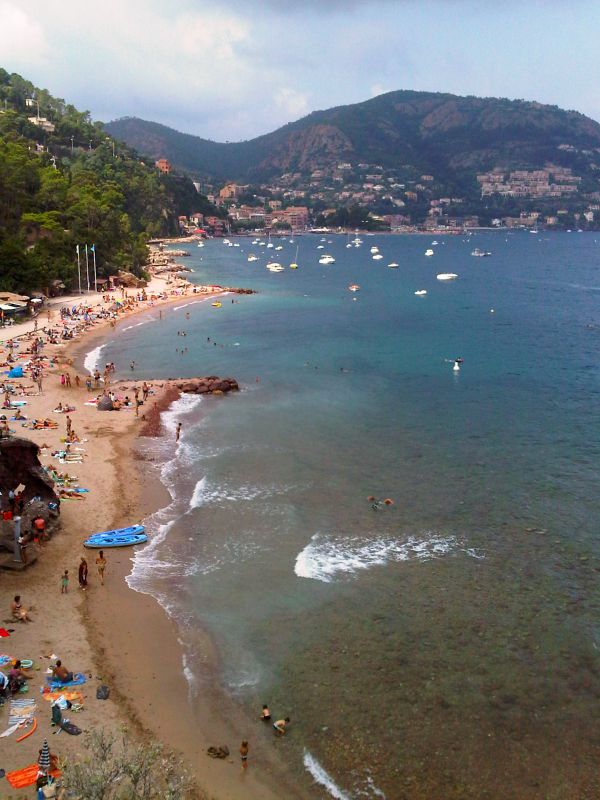 Having carried all your gear to the end of the beach you’re rewarded with sand for sandcastle building, shallows with fish darting about, rocks to climb on and best of all, an underwater trail for snorkelling. Towards the end of the path you pass a restaurant, snack bar and some toilets if you don’t want to bring a picnic or need to use the facilities. 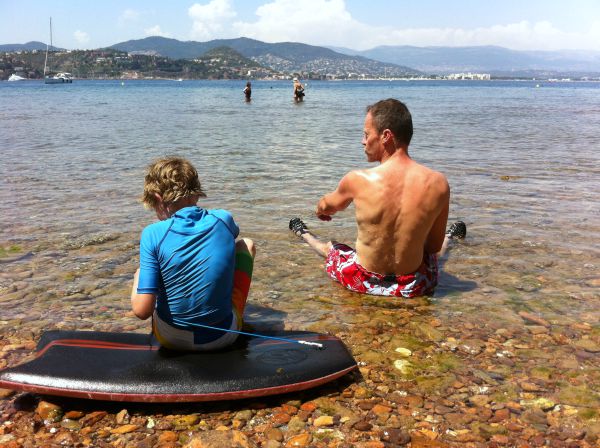 But getting back to that sub-marine trail.  You can pick up a waterproof map (that you can swim with) showing what you can expect to see underwater, marking out the different sea-life habitats, from the Tourist Office in Théoule sur Mer or the lifeguard post on the beach (there’s a security deposit, but it’s free of charge). Once armed with this and your flippers, mask and snorkel, you can follow the trail marked out by 4 buoys, discovering the underwater world. It’s accessible for anyone who is happy using a snorkel, even young kids, as long as they can swim confidently.  The map is available from mid June to mid September and you’ll find the Tourist Office at 1 Corniche d’Or, Théoule sur Mer. 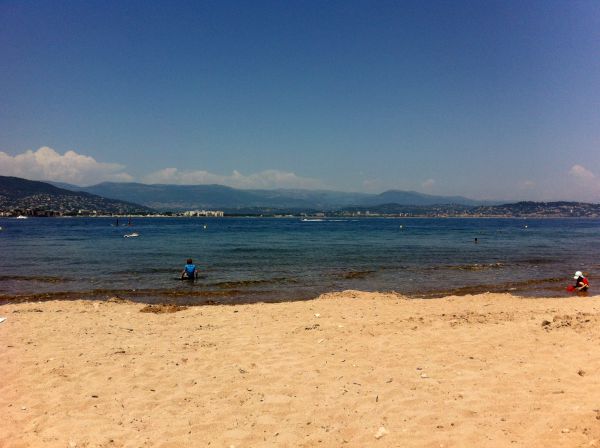 Now if sandcastle building and snorkelling aren’t enough for you, just around the corner, past the actual point you’ll find a much wilder beach, more exposed to the open sea, (stony not sand) with a cave and high rocks to jump off. Officially the rock jumping was banned a few years ago so I won’t say “do it” but there are still some adrenaline-junkies who do and it’s fun to watch.  The photo below taken of my son jumping (from a very low point I might add) was taken some years back when it was still allowed.  He was quite young at the time but older kids were jumping from 10-15 metres up (above the cave off the top of the photo).  Crazy and probably not surprising that it’s no longer allowed. Lifeguards do patrol the area coming around the point in boats so don’t take risks and jump from high up, you could get into trouble or worse, injure yourself.  Low down is still OK. 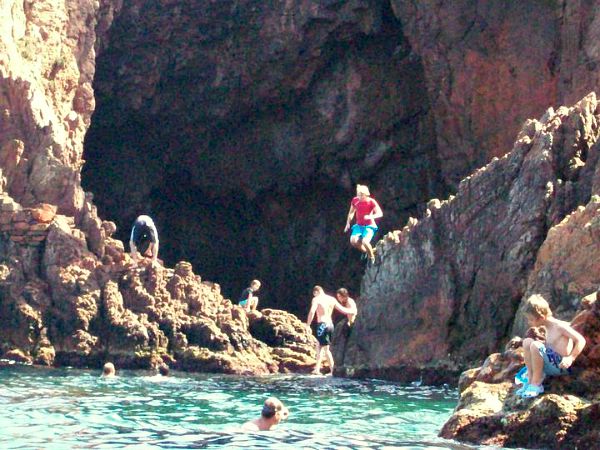 To get to this part of the beach you need to walk up and over the point, by taking the path that leads up from behind the snack bar, turn left at the top and walk along till you come to some stone steps and paved path.  This takes you down again to the little cove in the photo below. 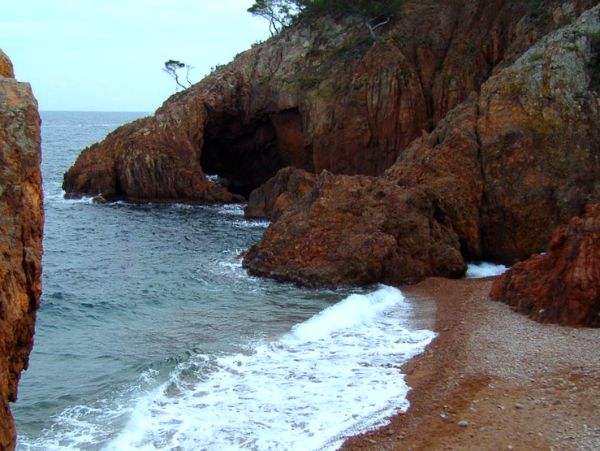 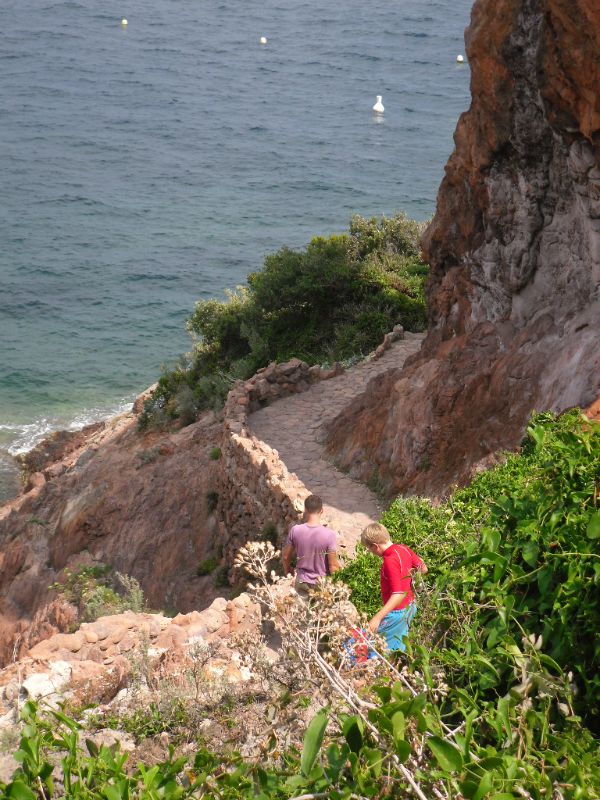 La Pointe de l’Aiguille is about 45 minutes from Lou Messugo, along the A8, take exit 40 marked Mandelieu and follow Théoule sur Mer.  Once in Théoule drive through till you see a car park (pay and display which is a slight bore as you have to know how long you’re going to be) at the end before the road heads up the hill.  If you’re lucky you’ll find a spot here (you do need to arrive early in the high season). The path starts here.  If the car park is full, there are a couple of others further from the beach, or else head on up the hill till you find a spot.  There is a path down to the beach from higher up the road, so no need to walk back down to the car park.  Parking up here is free, the downside, especially if you have young kids and lots of equipment, is that at the end of the day you have a long steep climb back to the car.  If you travel light and are fit then it’s probably best to park here without bothering about the car park. 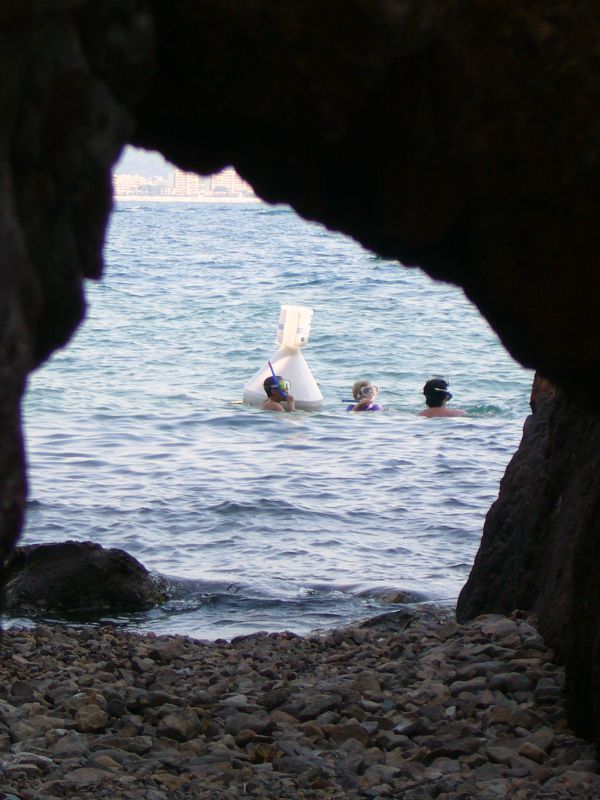 So whatever you’re after, be it action, nature or relaxation you’ll find it here.  The views from the beach across to la Napoule, Cannes and the distant mountains are beautiful with so much to take in, you’ll never be bored, even if you don’t want to build castles, snorkel or jump!

Do you see why we love this beach so much?  The underwater snorkelling path is such a great addition!

If you enjoyed this PIN it! 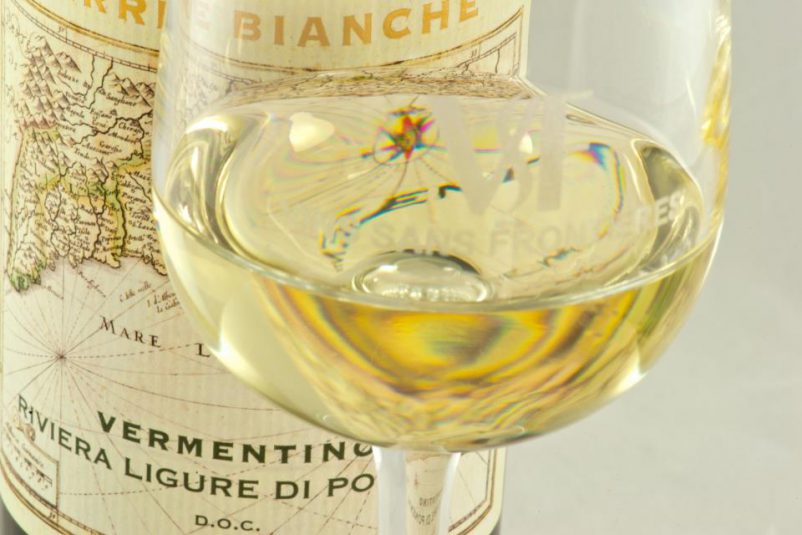 Wine Tasting and Lunch in Italy 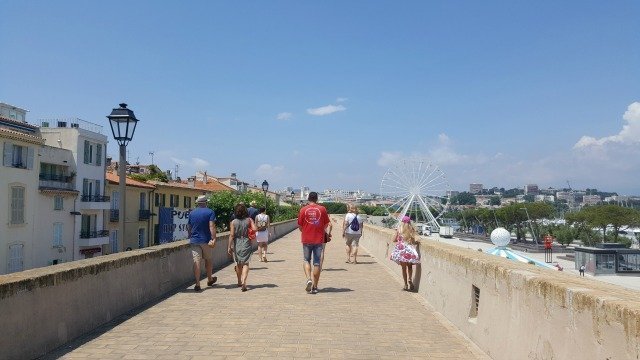 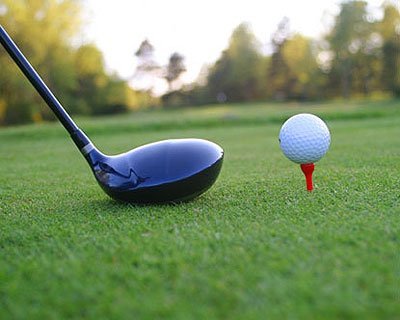