5 Charming Villages in The Var You Need to Visit 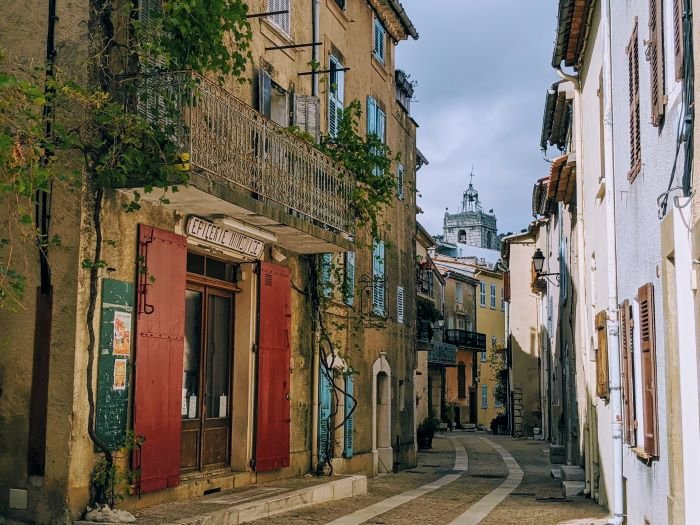 One of the most alluring aspects of the south of France is its multitude of medieval villages tucked away on hillsides and perched on top of rocky outcrops. Away from the crowds and bustle of the coast, gorgeous as that is, you’ll find authentic, dreamy villages begging to be explored. Here are 5 charming villages in the Var you need to visit.

Charming Villages in the Var 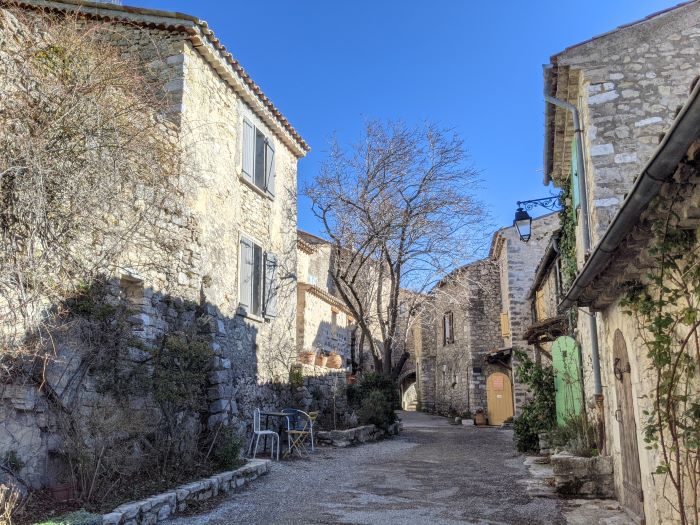 Bargème is one of those places that almost leaves you lost for words it’s so overwhelmingly charming.

This tiny hamlet of 223 inhabitants (2018) of whom only a dozen or so actually live in the walled old part, sits on a rocky outcrop overlooking the plain from 1097 metres altitude, making it the highest village in the Var department. 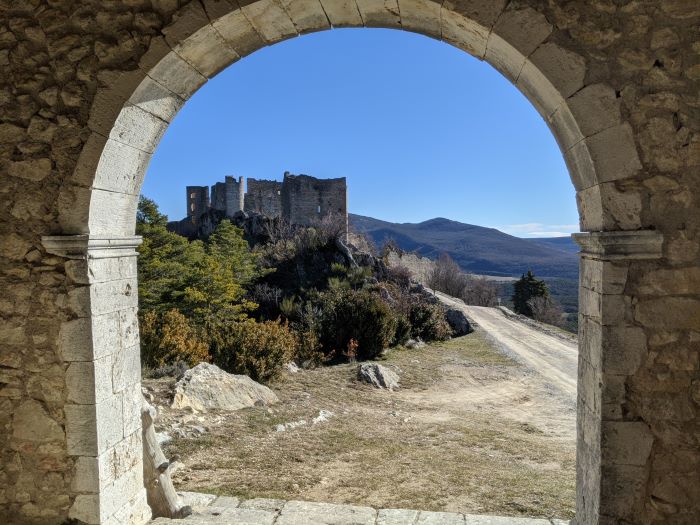 It belongs to the association of les Plus Beaux Villages de France making it “officially” one of the prettiest villages in the country so I’m far from alone in finding it amazing.

Bargème lies within the Parc naturel regional du Verdon, only 20 km from the famous Verdon Gorge, which makes it an easy side visit to a trip to the gorges. 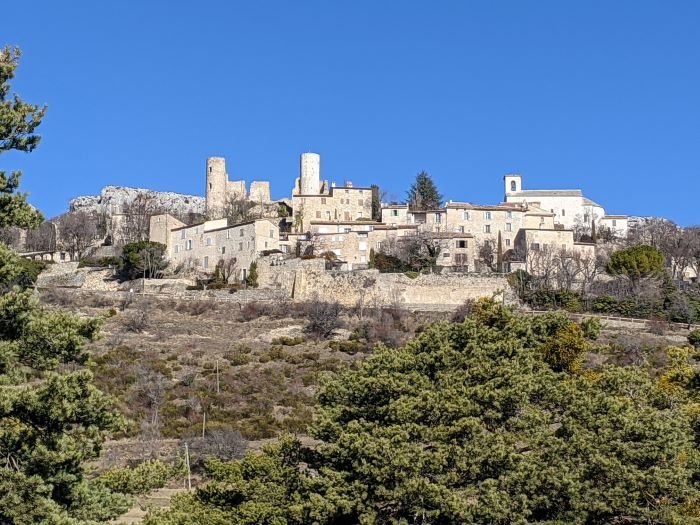 The 12th century feudal village is dominated by the ruined Château Sabran de Ponteves, destroyed during the Wars of Religion in the 16th century. The keep is visible for miles around, and once up close it’s possible to explore the remains of the ramparts, towers and a couple of 14th century fortified gates.

Also interesting to visit are its many chapels including one of the oldest in the Var, Chapelle St Antoine, probably dating from the 11th century. 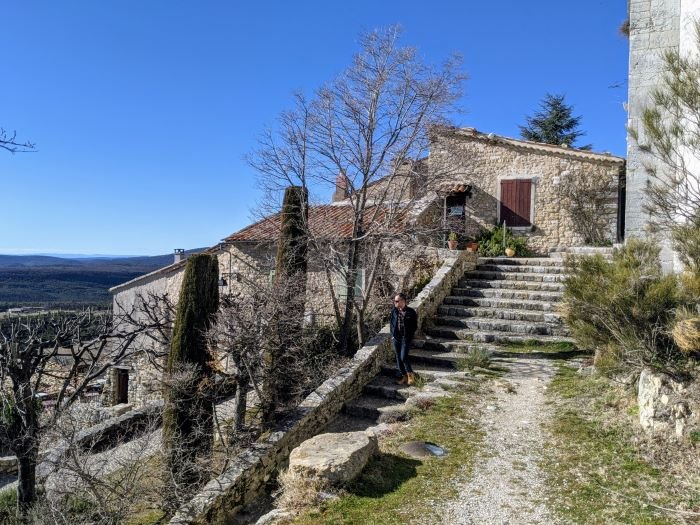 Bargème is so tiny it’s impossible to get lost wandering around its narrow grassy lanes taking in the extensive views and enjoying the peace and quiet.

When we visited, we only saw 2 other people, a dog snoozing in the sun and a few lazy cats but it was winter during the pandemic so it’s possible there’s a bit more life during normal times and in summer.

However, the total silence made it extra special for us, it was utterly magical. 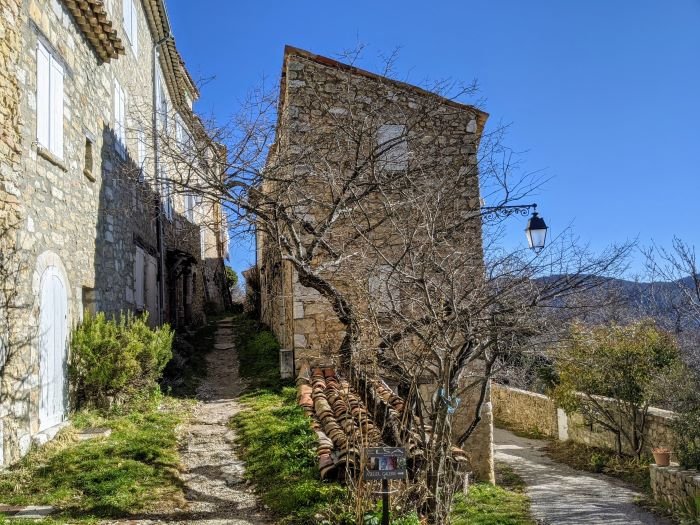 Seillans is another village that is officially labelled one of the “most beautiful villages in France” as it too belongs to the association les Plus Beaux Villages de France.

It has a rich cultural history from medieval to modern times and has some interesting architecture such as its 11th century feudal castle, Sarrasine gate, 12th century St Léger church and several pretty fountains. 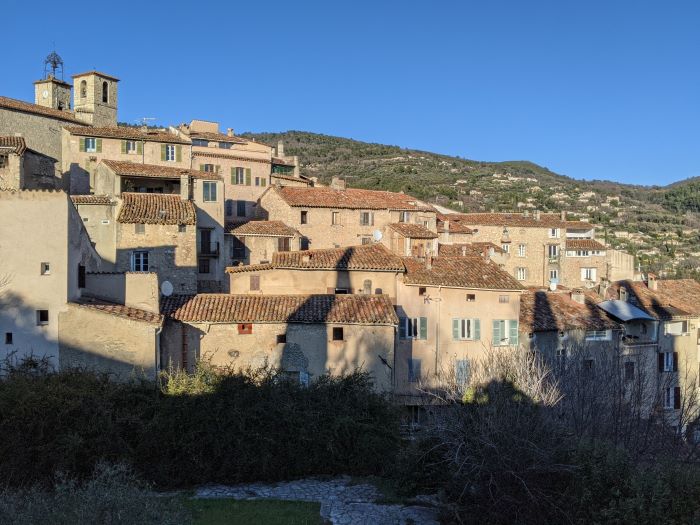 Perched on a hillside, this charming village in the Var is surrounded by a protected olive forest, and from its golden houses glowing in the afternoon sun it looks out on a bucolic rural view. Inside the village walls you’ll find narrow cobbled streets, with stone archways and shady squares. 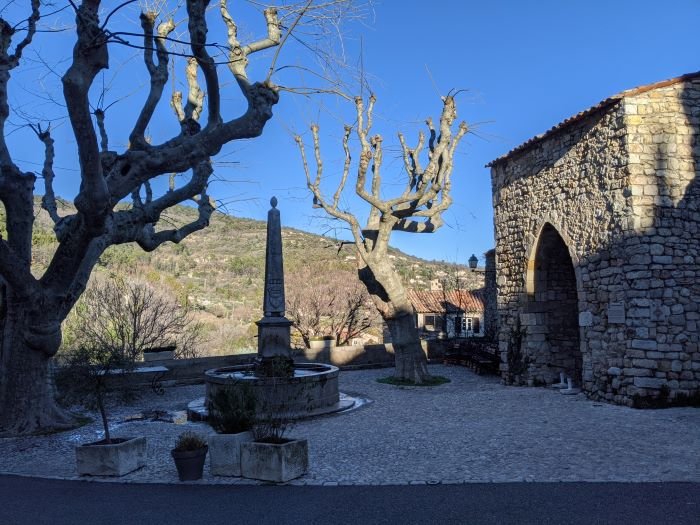 The centre is only accessible on foot and can be quite steep at times but you’ll find cafés where you can stop for a glass of something refreshing, including the very popular restaurant la Gloire de mon Père. 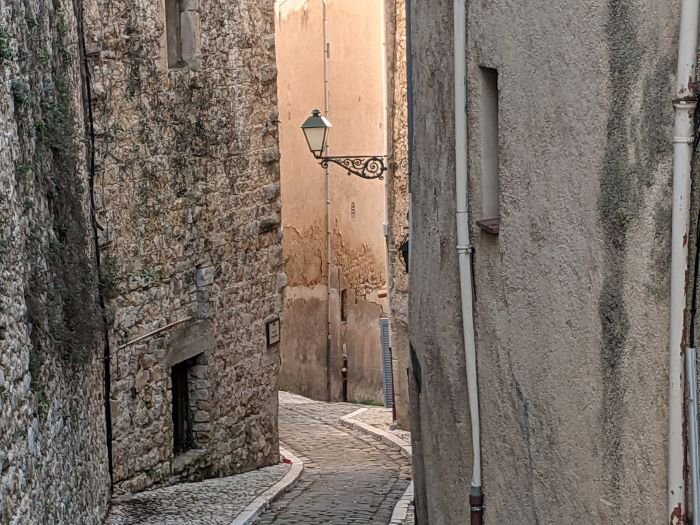 The village, with its majestic centuries-old plane trees, has long attracted artists. Surrealist Max Ernst lived the last years of his life in Seillans and there is a museum dedicated to his art, worthy of a quick visit.

If you don’t have the time or inclination to go into the museum, you can see one of Ernst’s sculptures in the Place de la République. 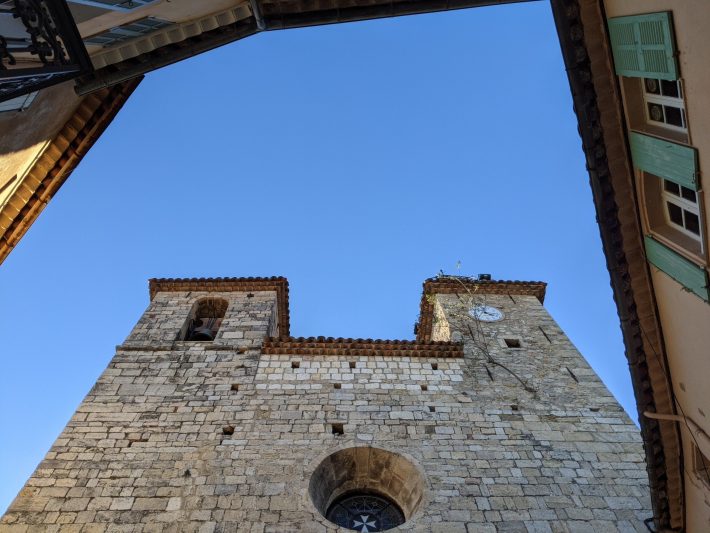 Mons is an astonishingly picturesque and utterly charming village in the Var. It belongs to a different association, not the “most beautiful” but a village de charactère instead. This label is similar to the “most beautiful” though it is for slightly bigger communes with a remarkable heritage. Its aim is to develop tourism. 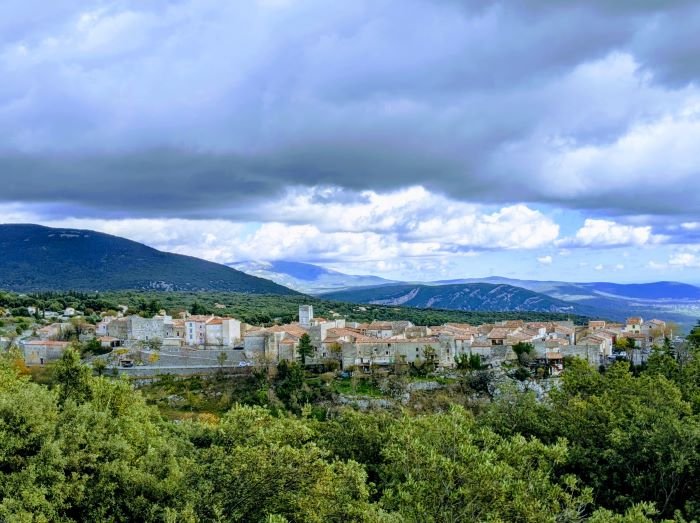 In the case of Mons, its originality lies in the 35 wrought iron signs that decorate the streets telling the stories of ancient trades associated with the village.

Strolling around the narrow streets we found signs for a bootmaker, a dressmaker, a barber, a café and a butcher among others, all written in Provençal.

The village has a couple of churches and a quirky little museum of matchstick models of boats for aficionados of the unusual.

At one end of the village you’ll find the vast place St Sébastien with a magnificent panoramic view stretching as far as Cannes, the Lérins islands, the Estérel, St Tropez and even Corsica on a clear day. 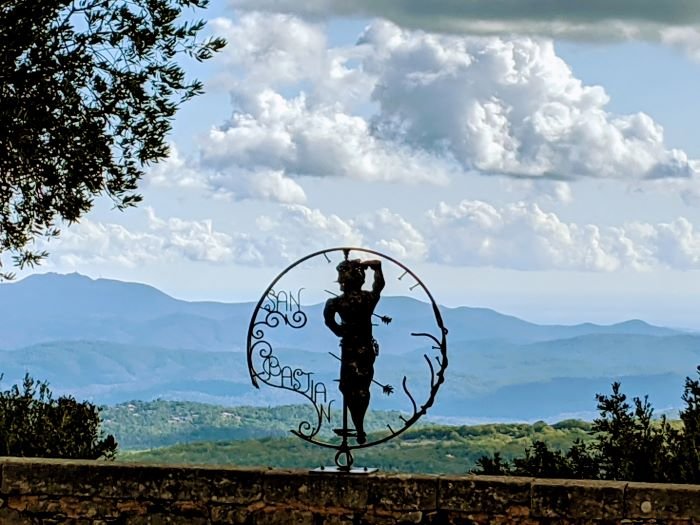 Callian is a charming hill village in the Var, nestled between the larger towns of Montauroux and Fayence. Its particularity is that its streets wind up in a spiral to the 12th-13th century castle at the top which can be seen for miles around.

Unfortunately, the castle is privately owned and not open to the public, though its Guard Room is visitable during les Journées du Patrimoine (a weekend in mid September). 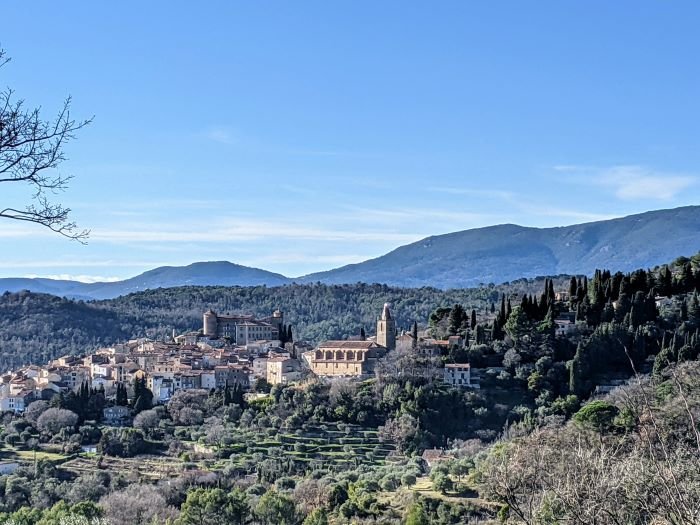 Callian’s charm lies in its pretty streets full of flowers and sleepy cats.

In Place Bourguignon you’ll find an unusual waterfall-style fountain covered in moss that has been refreshing the square since around 1875.

There are also a couple of restaurants to refresh yourself in a different way! 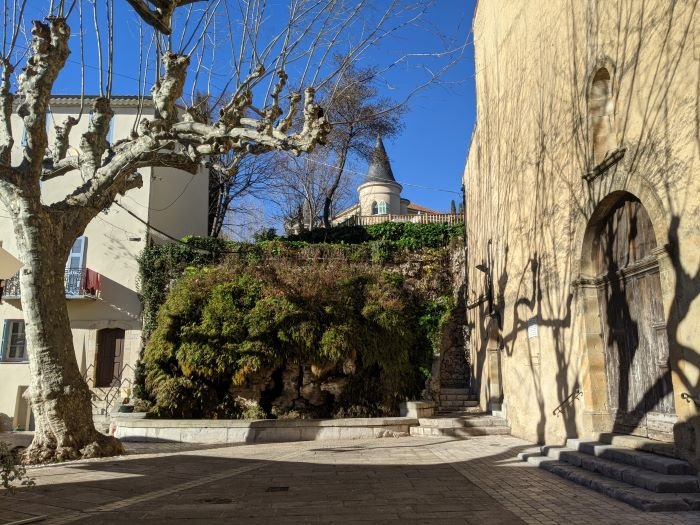 Tanneron lies at the heart of the biggest mimosa forest in Europe and I’ve included it in this selection of charming villages to visit in the Var, not so much for the village itself but for its surroundings. 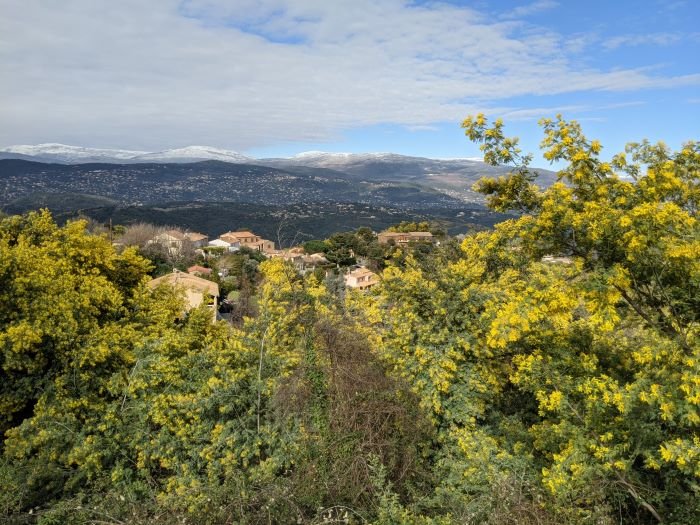 From late January through to March, when the mimosa is flowering and the hills turn yellow, one of the most lovely things to do on a sunny winter’s day is to take a drive along the Route du Mimosa to Tanneron. 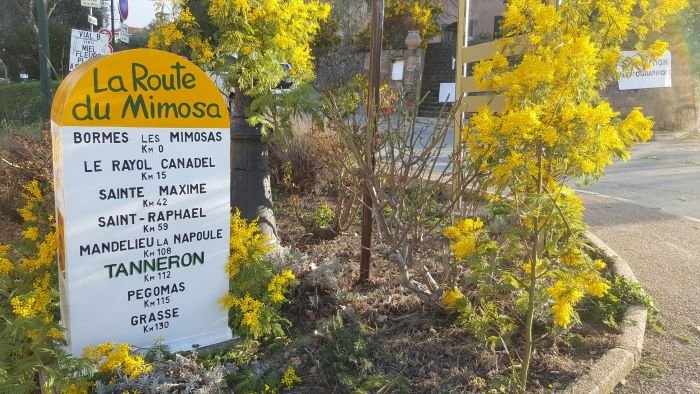 The panoramic views both from the village and as you drive up to it of miles and miles of yellow are breathtaking.

But be aware that this natural spectacle is incredibly popular causing traffic jams on the narrow mountain roads at weekends especially during the annual Fête du Mimosa (in February).

My advice is to go during the week if you possibly can. 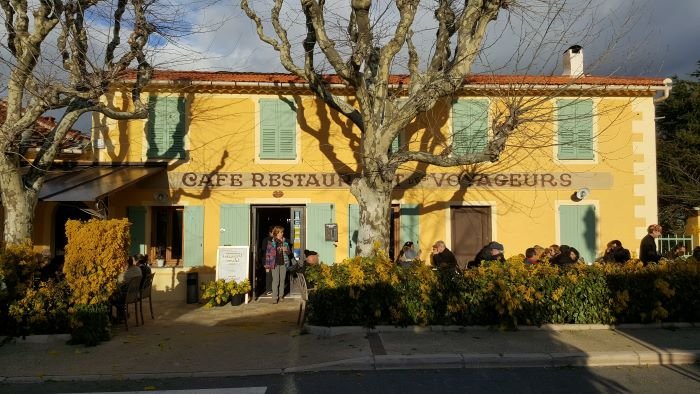 So that’s my small selection of charming villages in the Var you need to visit. They are all easily reachable in a day trip from Lou Messugo, or from Cannes, Grasse and surrounds if you’re not staying with us.

Have you been to any? Let me know in the comments below. 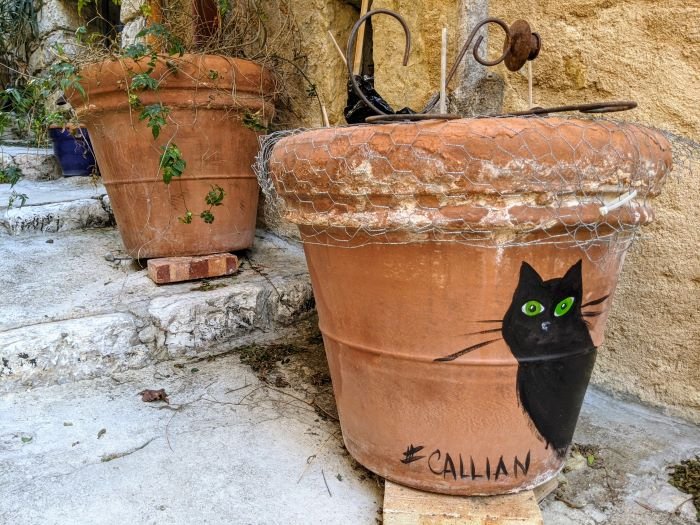 30+ of “The Plus Beaux Villages de France” 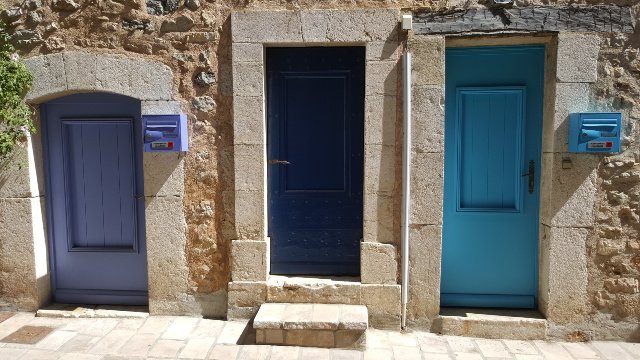 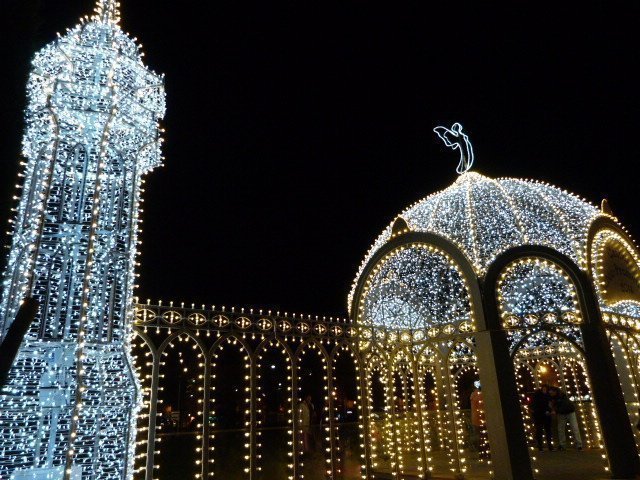