Easter in France is celebrated much like in other Christian countries – families gather for big festive meals and offer each other chocolates in the form of eggs, bunnies, fish and bells.  It is largely a secular holiday and chocolate is the star of the day.  However, unlike in many countries where Easter eggs are available as soon as the preceding holiday is out of the way (Christmas/Valentine’s Day), in France it’s a much more restrained affair.  As I started to think about writing this article just over two weeks before Good Friday there were some chocolate eggs on display in the big supermarkets but bakeries and specialist cake and chocolate shops had no signs at all that the holiday was imminent.

With this in mind I set off to find out more and recently had the pleasure of meeting the master chocolate maker in my local boulangerie-pâtisserie.  Christian Blanchard hails from Bourgogne and has worked in other parts of France as well as the USA, Ireland and Russia (where he was head pastry chef for a chain of 9 cake shops in St Petersburg).  He has been in Roquefort les Pins wielding his special sweet magic since December 2012.  As well as the chocolate, Christian makes all the cakes, tarts, desserts and savoury snacks (quiches, pies, etc) in the boulangerie.  He makes everything except the bread and he has won prizes for his delicious chocolate. 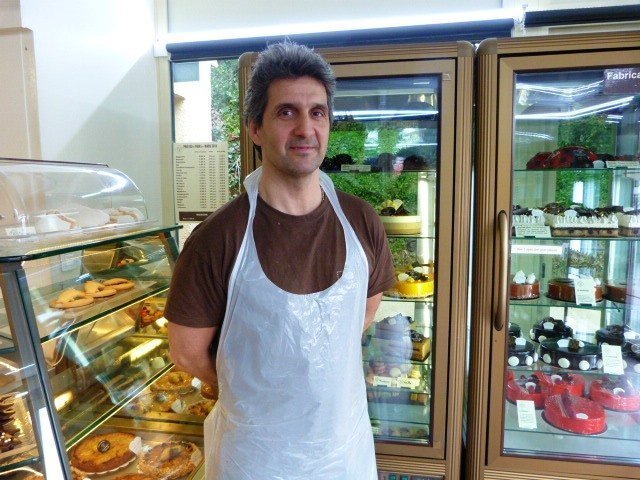 I mentioned I was surprised that there was no sign of Easter in his shop yet and he explained that production began about a month before the date, with items going on display only 2 weeks before.  He was at pains to stress that his Easter chocolates were seasonal and he didn’t believe in extending the period of sale.  For him that completely missed the point of Easter.  If any products were left after Easter Monday they would be kept on display for a week and then melted down to be turned into something else: le produit idéal (his words), chocolate is recyclable. 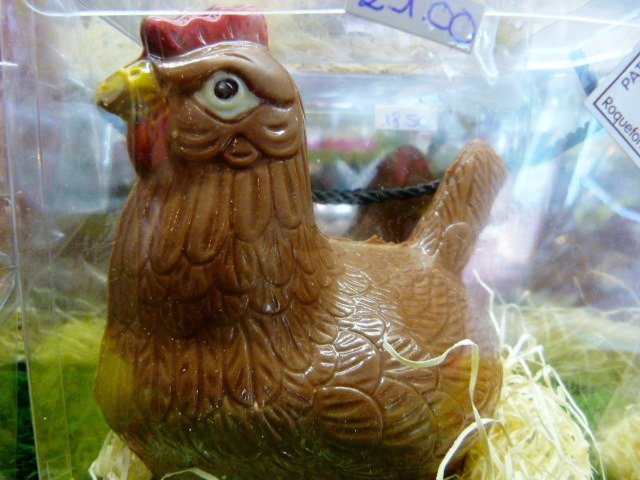 All the chocolates on sale in the pâtisserie-boulangerie are made by hand by Christian himself.  He uses white, dark and milk chocolate and creates eggs of all sizes, rabbits, chickens, bells, fish, petites fritures (little selections of fish and shells) and a variety of unexpected animals/creatures (horses, cartoon characters, even a treasure chest).  In fact traditional eggs are barely in evidence amongst all the other exotic shapes. 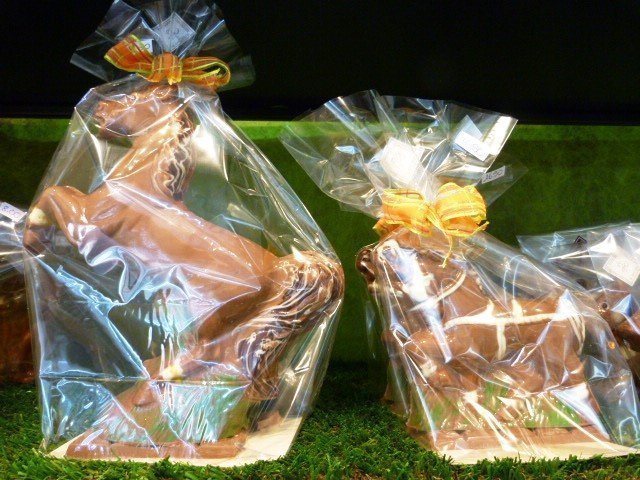 However, despite this, eggs about 10 cm tall are the biggest sellers (owing to their relatively cheap price compared with more complicated designs) and unsurprisingly milk chocolate is the most popular.  Christian works with natural colourings to paint decorations on to his creations.  Each layer has to dry before more can be added which takes time.  Every year he makes one spectacular showstopper.  This year it’s a fish weighing about 1.5 kg (which at the time of publishing wasn’t ready). 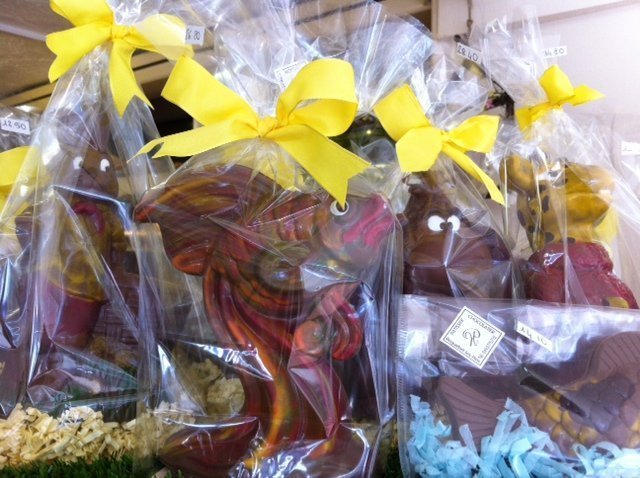 I asked Christian how many extra kilos of chocolate items he made at Easter, seeing as the French love their chocolate and 13,000 tonnes of it is sold every Easter!  His answer surprised me, and perhaps reflected his nature as an artist rather than business man, as he said didn’t know.  He explained that every year he plays it by ear, making as many Easter-themed chocolates as he gauges necessary and experience usually means he gets it just about right. 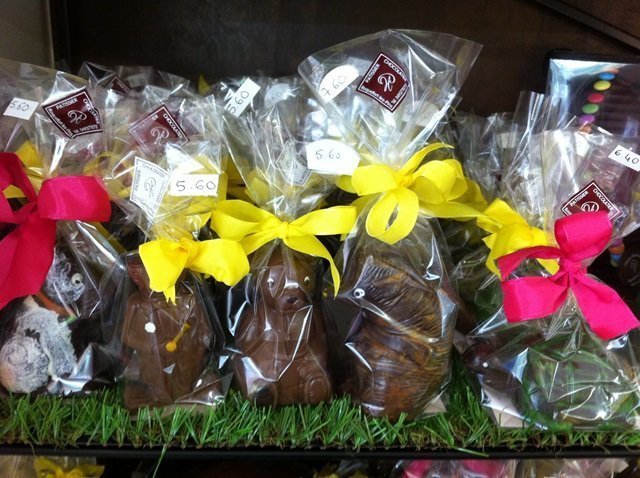 But the past two years local Roquefortois have eaten more than expected and the boulangerie has run out.  This meant he had to whip up extra eggs at the last minute, simple small plain ones, in order to fulfill demand. Good for business, not so good for customers wanting choice.  (Tip: don’t leave your Easter shopping to the very last minute!) 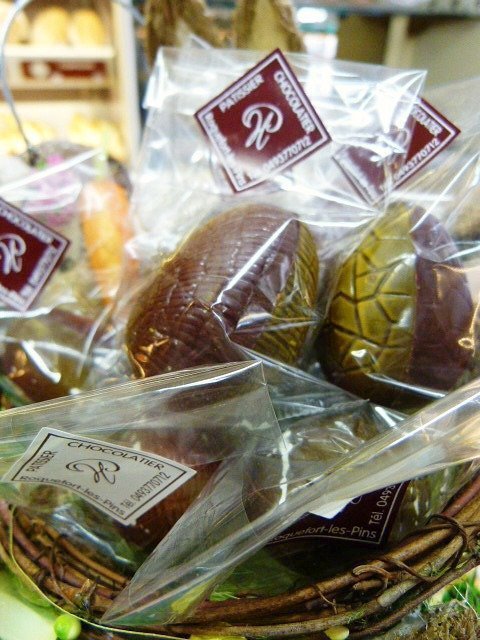 All photos here are of Christian’s Easter creations, taken over a couple of years.  I love it that holidays in France are not too commercial and dates really are respected. (Christmas is similarly late to appear in shops.)  It’s like eating fruit and veg in season, it makes sense and everything tastes better for it.  I think it makes Easter more special.

Un grand merci to Christian and the rest of the staff at Roquefort les Pins boulangerie-pâtisserie for giving me their time and allowing me to take so many photos of their delicious Easter goodies. 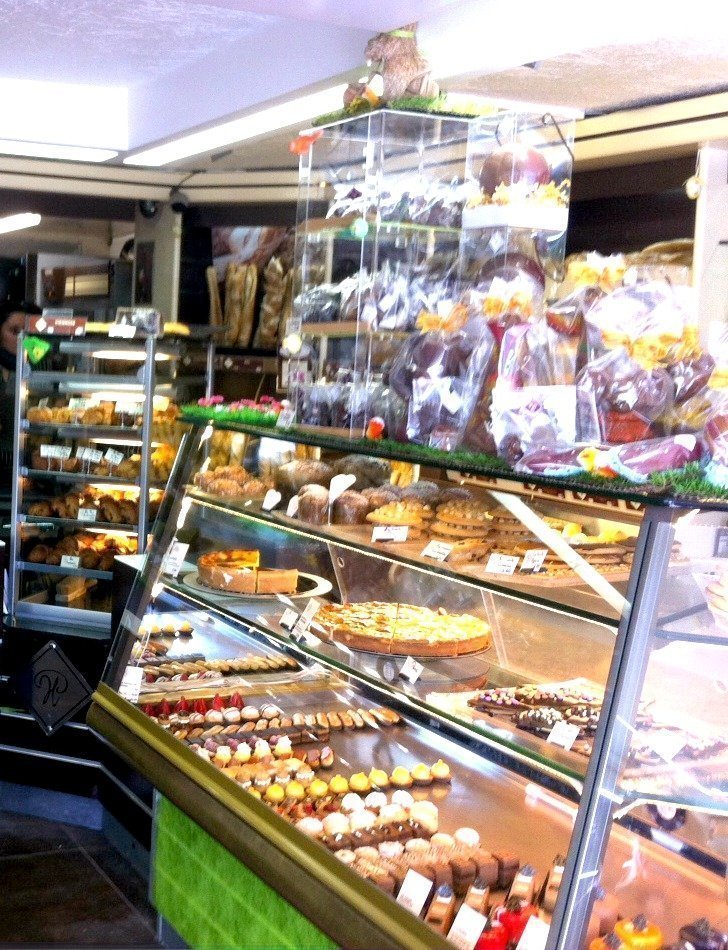 This post is part of Multicultural Kid Blogs Easter Around the World. Please check out the other posts in the series to read about different Easter celebrations around the world.  To find out more about France and its Easter traditions and you may like to read a previous post Easter in France.

When are Easter eggs available in your country?  What do you think about the timing in France, too late or just about right? 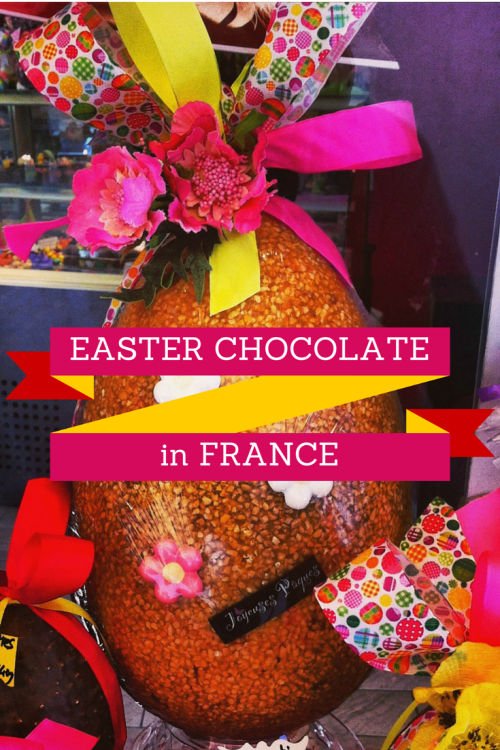 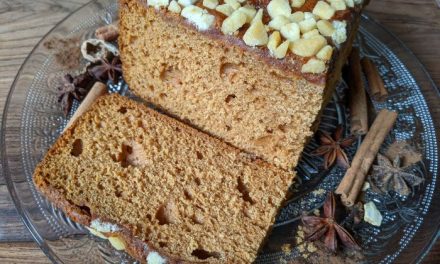 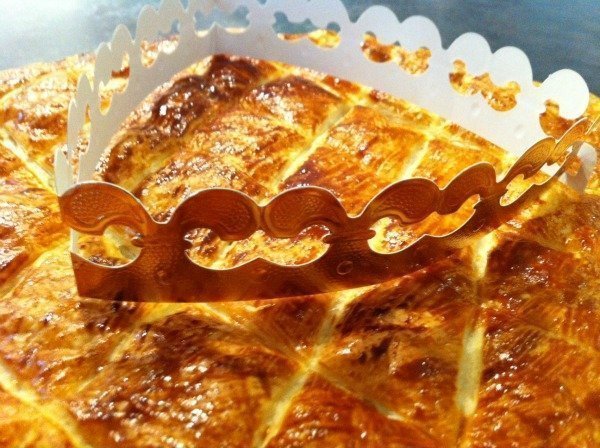