Valentine’s Day in France falls on the 14th of February, just like the rest of the world. It is known as la fête de Saint-Valentin or just la Saint-Valentin and despite being celebrated (or marked in someway) by around 70% of the adult population, it isn’t a big commercial affair. With only 8 days to go as I write this I’ve yet to see any displays in shops or general marketing for the day. 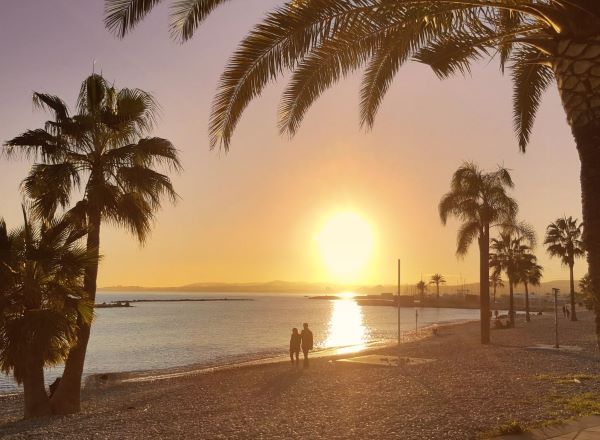 Perhaps this shouldn’t come as a surprise as France celebrates many of the same holidays as elsewhere around the world, but often with less blatant commercialisation and a little more taste! There are many similarities between how Valentine’s Day is celebrated in France and Anglo countries such as UK, USA and Australia but some notable differences too. 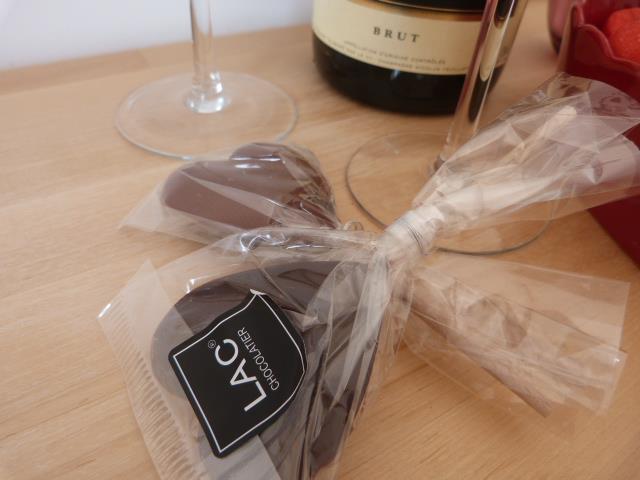 La Saint-Valentin is a romantic day, a day to express your love, but here’s where one of the most striking differences occurs; it is really only for adults.  I will also include teenage couples here, but what it isn’t for is children. Children do not make Valentine crafts and give gifts or cards to their parents, friends or teachers.  Parents do not give cards or gifts to their kids. 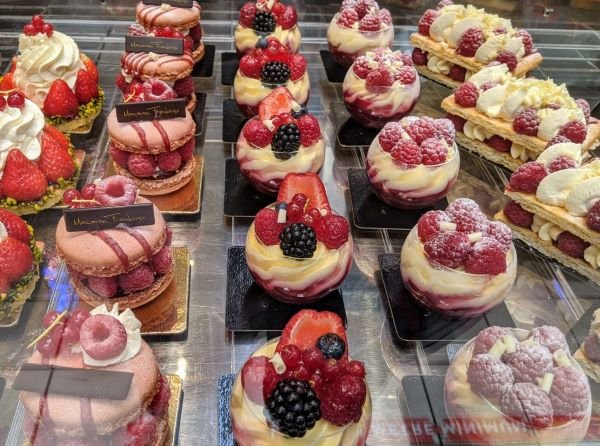 Romantic couples express their love for each other by giving flowers or small presents, booking a romantic meal or even a weekend away but they do not send cards.  That’s the other big difference. Card giving for any occasion is rare in France and Valentine’s Day is no exception. In fact card giving at Valentine’s Day rates lower than sending a text! 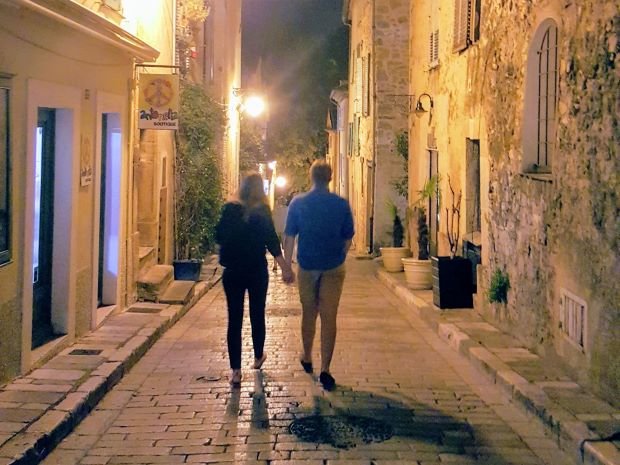 According to research French people like to celebrate in person, not through the means of the written word and the most popular thing to do for Valentine’s Day is a weekend away, followed by a meal in a restaurant and giving flowers. Chocolates come in at a surprising 9th place though looking in pâtisseries and chocolateries in mid February you’d be forgiven for thinking they were more important. Cake and chocolate shops are some of the only places you’re likely to see special displays of “romantic” creations.  And flower shops of course. 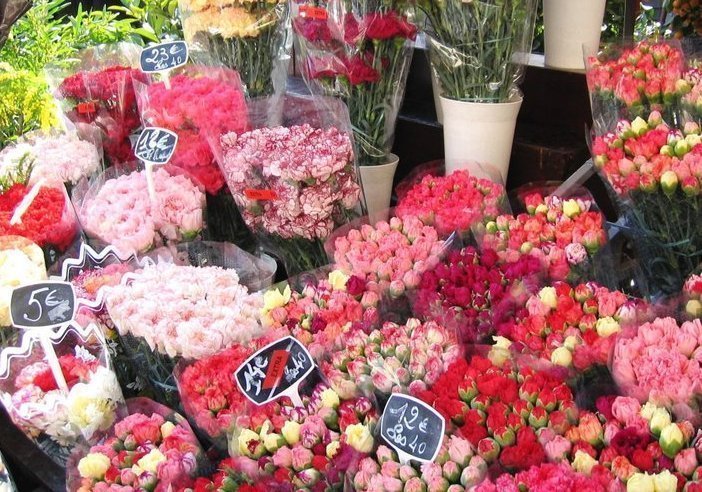 Restaurants make a thing of the actual day and usually create a special menu or some form of romantic special offer on the 14th.  But only on the day itself and not for several days either side. As an example here’s the menu from my favourite local restaurant in Roquefort les Pins. 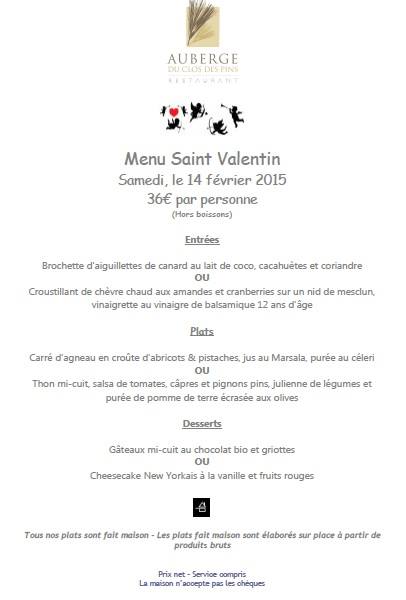 Click on the menu to go through to the restaurant website.  (I have not been given anything in return for this, I just love the place and am happy to shout about it).

While you can see that France, the country of love, does celebrate Valentine’s Day albeit in a less showy manner than in some countries, I’ve discovered 2 fun exceptions to this subtle approach and thought I’d share them with you.

In Paris you can declare your love publicly on the massive electronic information billboards located around the city. You get 160 characters and have to fill in a form online on the Paris city website before 9th February to be in with a chance of having your message picked for display.  If it is chosen then it’s displayed on all 170 billboards throughout Paris. 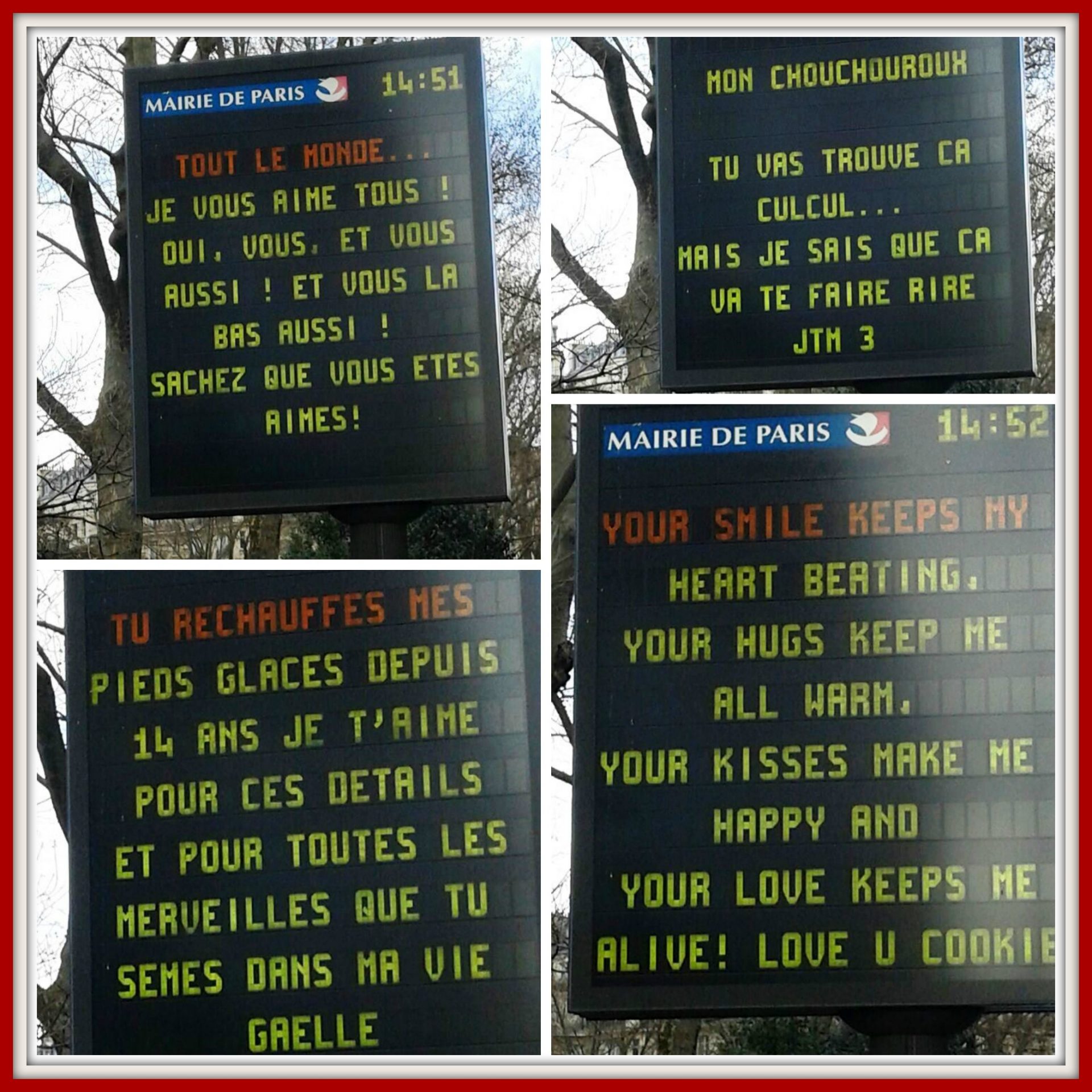 And right in the heart of France there’s a village called St Valentin which has effectively marketed itself as the capital of lurve le village des amoureux.  People come from all over the world to renew their vows, declare their love, or get married in the town of St Valentin. The 14th of February is a day of festivities with a special post office set up with a special stamp (for those who still send cards), chocolate-making demonstrations, jewellery, wedding dresses and other romantic items for sale. There’s a blessing in the church, a lovers’ certificate-giving ceremony (!), festive romantic meals and a ball in the evening.  St Valentin is twinned with a town in Japan and this fête is particularly popular with Japanese visitors. 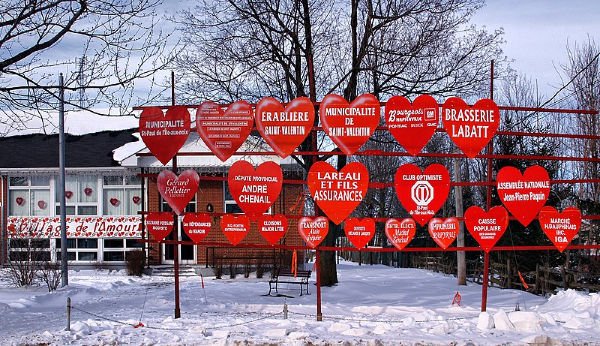 For ideas of romantic things to do on the French Riviera take a look here and don’t forget that we love welcoming romantic couples to Lou Messugo gite at any time of the year! 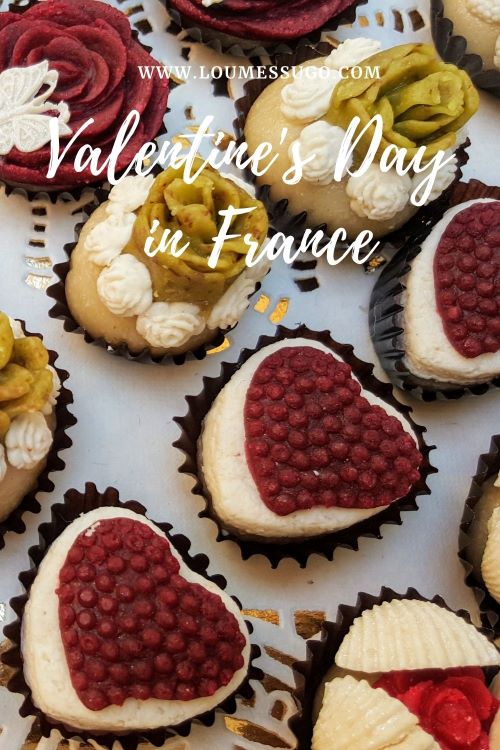