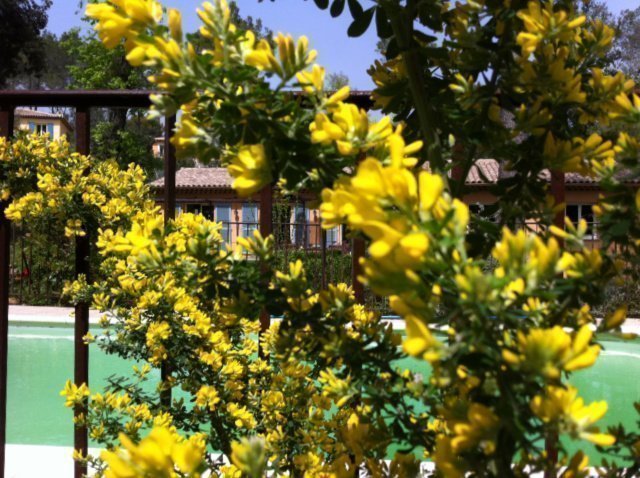 A while ago I was asked by the magazine Living France to write about my garden in the Riviera.  At the time I couldn’t publish what I wrote here on the blog as the idea was that people would buy the print magazine, but all this time later I thought I’d finally share here what I wrote then.  Despite these words being written some time ago, exactly the same could be said for this year’s spring.  Take a look at what goes on in the spring in our Riviera garden. 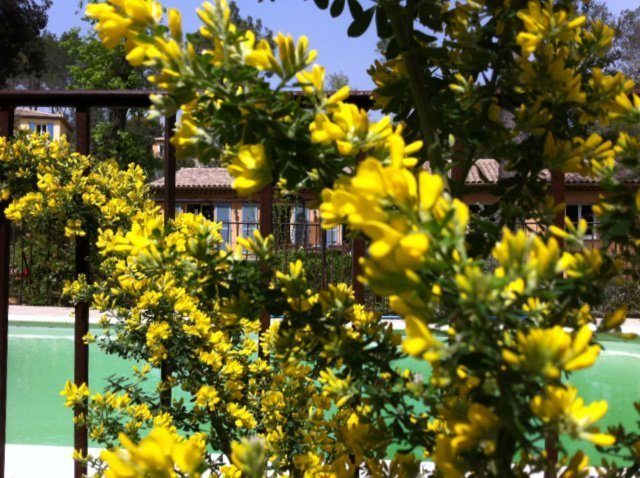 The spring garden at Lou Messugo is, like most spring gardens, one of the prettiest times of the year, with new growth and flowers exploding back to life. My garden is located just a few kilometres inland from the famous Côte d’Azur (or French Riviera) in the Alpes-Maritimes department of south-east France. We benefit from a fabulous Mediterranean climate of around 300 days of sunshine a year, though being close to the mountains and just a little higher up (300 m altitude) we get more rain and cooler winter temperatures than the coast itself. 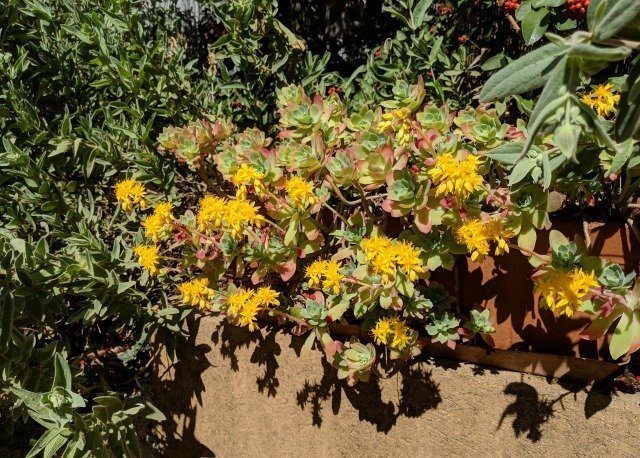 Spring comes early to the South of France, with the first signs of colour brightening up gardens as early as January in the form of mimosa which continues through to mid to late March by which time plenty of other flowers have started to bloom. By April the yellows are beginning to give way to pinks in the form of cistus, valerian, osteospernum and jasmine and purple/blue with the first lavender and ceonothus. 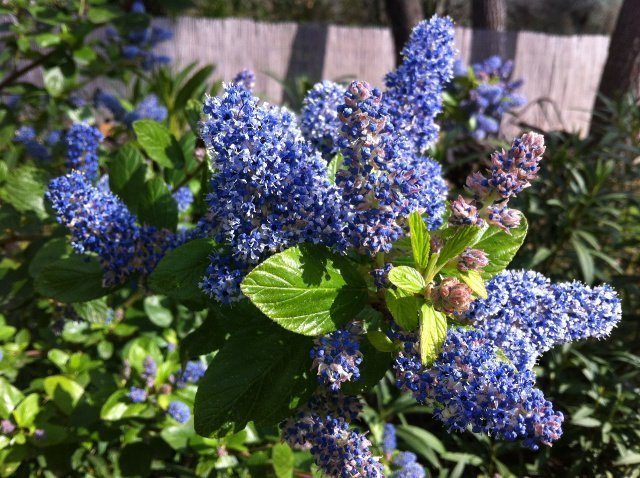 My absolute favourite thing about our garden at this time of year is the wild cistus. Every spring there are more and more plants which makes me very happy. We built our house on a plot of forest land where a type of cistus, common in the garrigue vegetation of the Mediterranean, grew wild. Obviously we had to clear the land (though we kept as many of the majestic pines as we could) and in doing so lost pretty much all the cistus but over the years it has come back naturally. This particular cistus is called « messuge » in French « messugo » in Provençal, hence the name of our house (and gîte). Its leaves are velvety rather like the texture of sage and the flowers are a beautiful deep pink with yellow centre. This year there are large clumps of messugo at the back, along the side and in front of the house, all wild seeded. 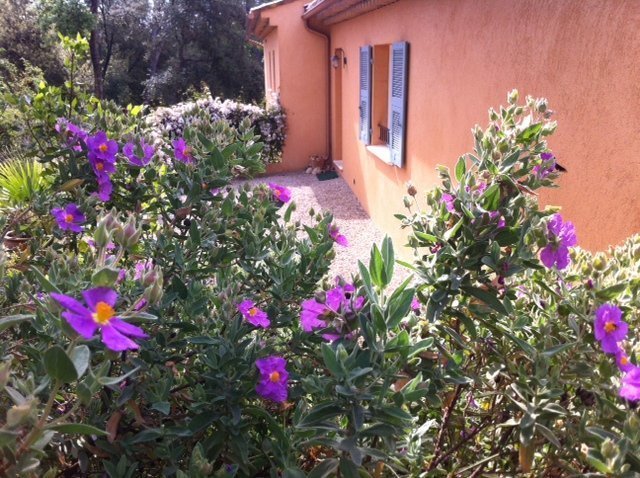 We don’t use any chemicals in the garden which I’m quite sure encourages the proliferation of insects and wildlife here despite being reasonably urban. We are home to birds, butterflies, spiders, lizards, ghekos, red squirrels, toads, wild boar and even deer. Despite the worldwide threat to bees we have plenty of them too: honey bees, bumble bees and large black carpenter bees and in the spring they are busy buzzing around the flowers. 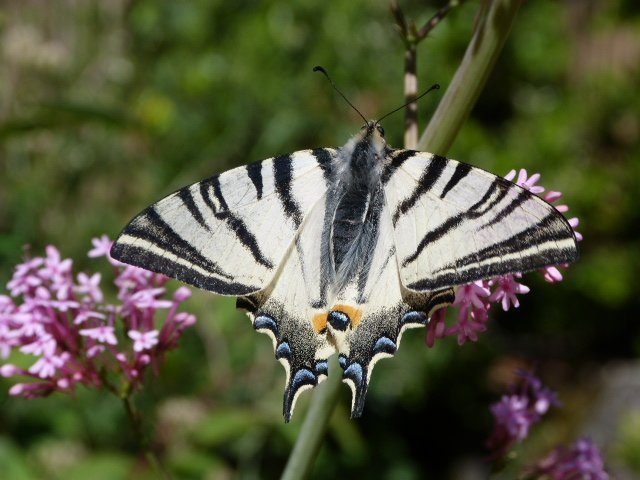 Having created our garden from scratch and purely by ourselves as learning amateurs (more used to the Paris climate than Mediterranean) we have tried to stick to native species and plants that do not need too much water. I’m half Australian so we’ve also incorporated some Aussie natives such as eucalyptus and bottle brush (calistemon) which thrive here. The garden is rocky in parts which suits the many succulents we’ve planted and some of them flower in spring. I don’t even know their names, but they’re happy and spreading each year. 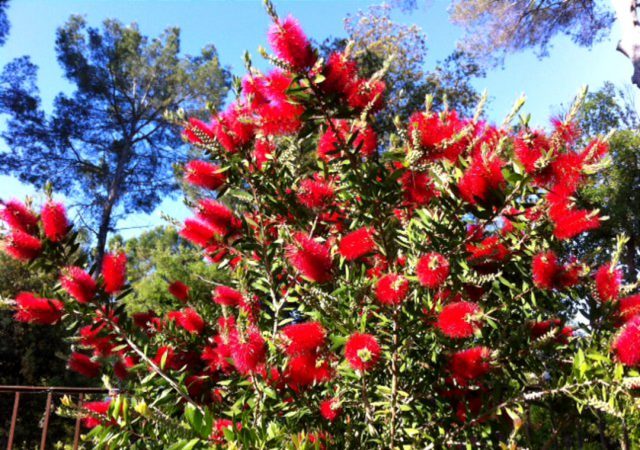 One of the regulations for cutting down trees to build the house was that we replant as many as we felled. We took the opportunity to plant fruit trees and typical southern species such as olive and mimosa. As I mentioned already the mimosa is gorgeous in late winter, very early spring and another early flowerer is our almond tree which blossoms in late March. So far it doesn’t produce many nuts but the flowers are pretty in spring! 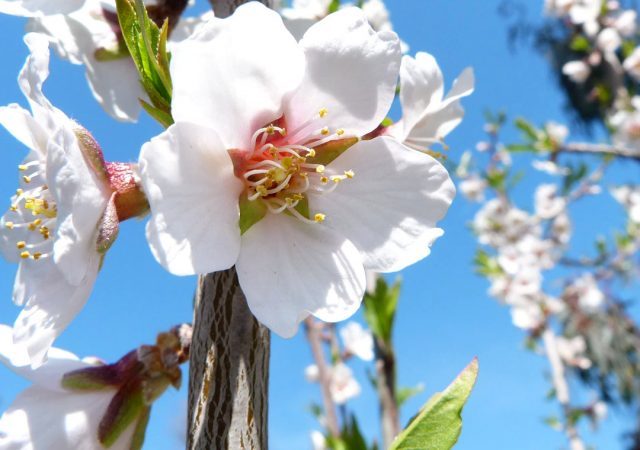 Living on the edge of Provence, with a gîte hosting guests from all over the world, we felt we had to have lavender in the garden so we planted a south-facing banks with a hundred or so plants.  They bloom in June-July but we also have a couple of other different types which flower earlier in April.  In spring we weed the lavender bank and find we’ve usually lost a few plants which need to be dug out and replaced.  This is one of the main jobs necessary in the garden at this time of year. So many of our other plants are self-seeded that we don’t have too much maintenance to do, which is exactly how we like it! 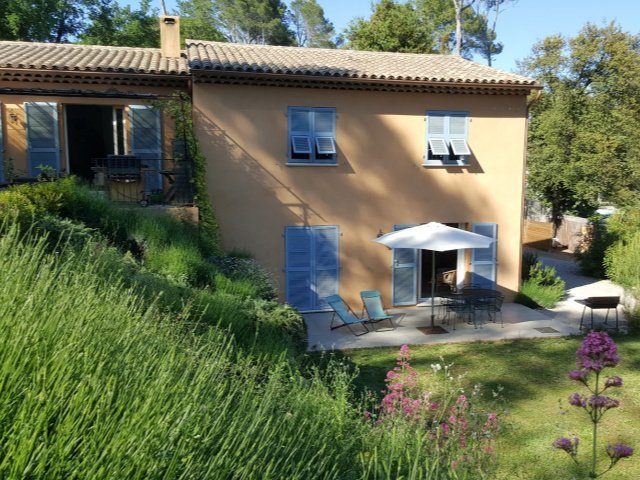 We like a natural look, not too manicured.  However the voracious weeds love our wonderful climate and need a good deal of man hours to keep them under control as we don’t use any chemical killers.  That keeps us pretty occupied throughout the spring. 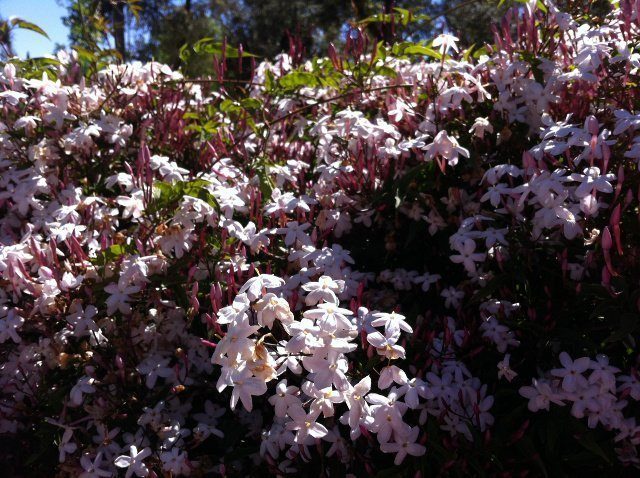 What are you doing in your garden at this time of year?  I’d love to hear from you. 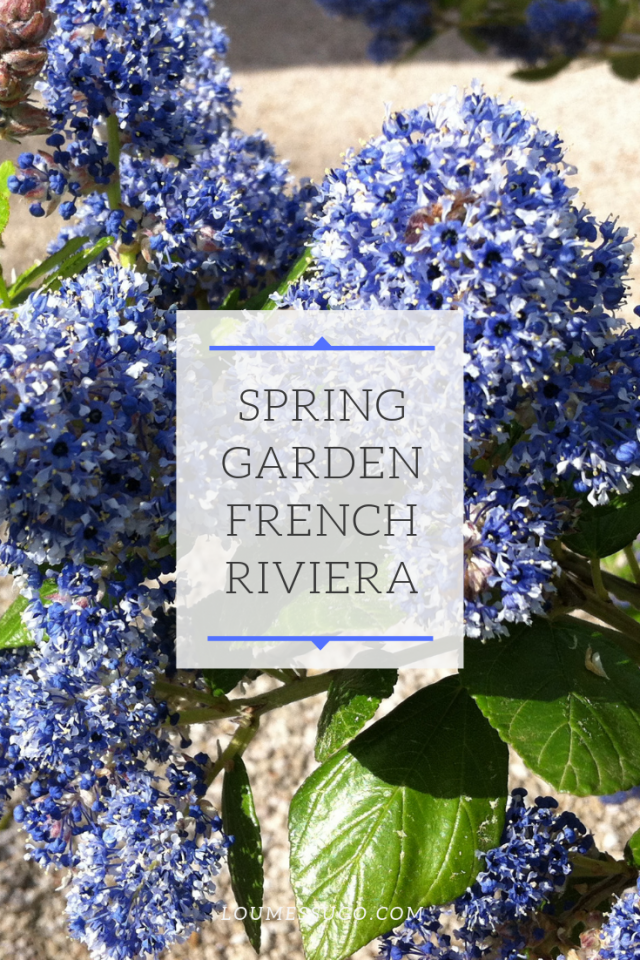 When the Tour came to town 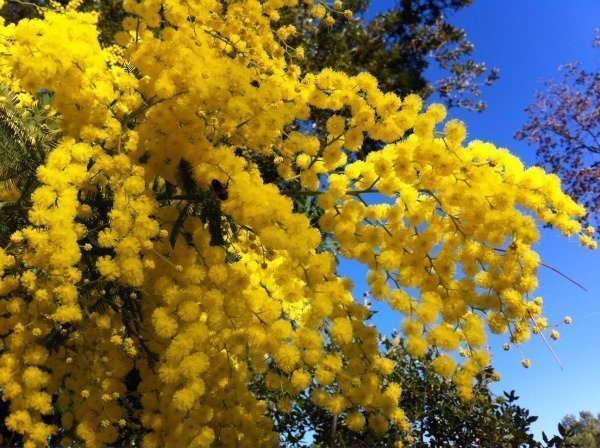 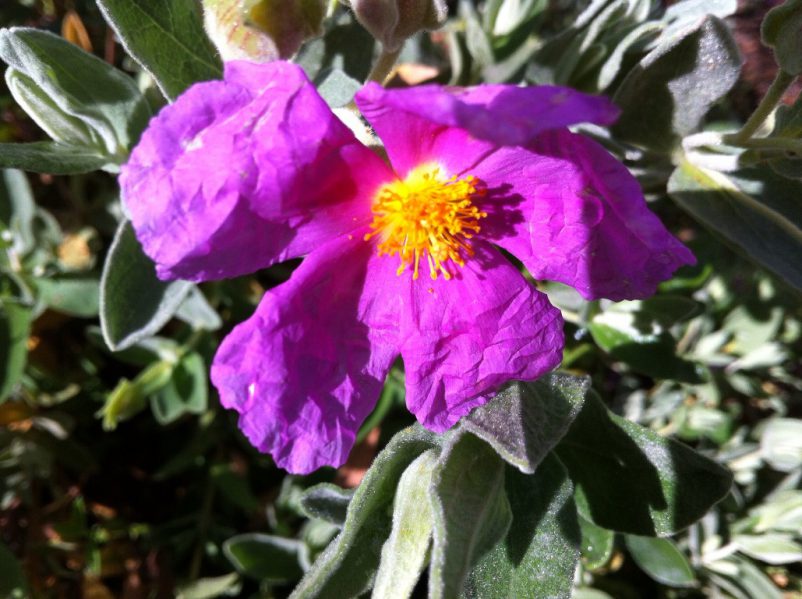 May garden at Lou Messugo 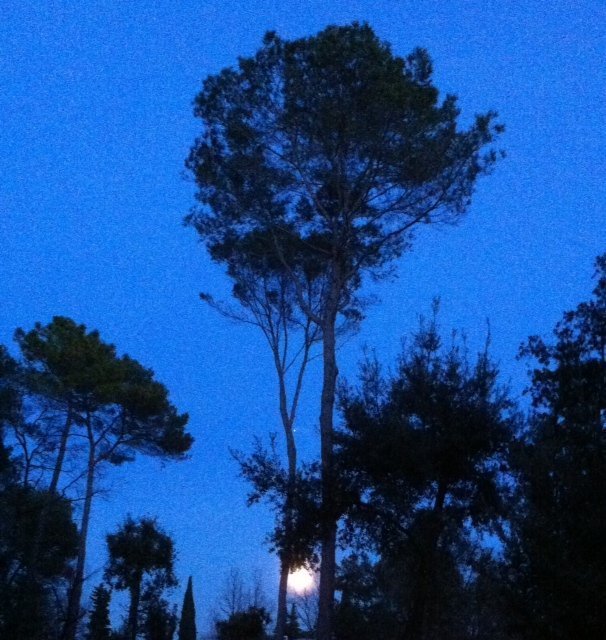