The French Riviera is a beautiful place but no one could say it was undeveloped and empty.  Its very beauty has attracted holidaymakers, second homeowners and new residents for more than a century resulting in enormous amounts of construction.  Recently I had guests in the gite who hadn’t been to the Côte d’Azur for 50 years and they couldn’t believe the change.  This didn’t stop them from loving it though as the natural beauty, climate and glowing light are something special that I defy anyone not to be touched by.  And that’s just the start, there’s so much to love about this part of the world, but within the urban sprawl can there really be secret places left?  Villages that the tourist masses haven’t discovered and yet lie only a few kilometres from Nice.  The answer is yes.

Let me take you on a short stroll through the pretty village of La Colle sur Loup.  It’s not on the tourist map but it’s far from being off the beaten path, in fact it’s equidistant from Nice and Grasse, two of the biggest and most visited towns around and right next to Cagnes sur Mer.  It’s not so spectacular that if you’re only in the area for a few days you must visit it, no I’m certainly not saying that.  What I am saying though is that if you’re here for a while then it’s definitely worth taking the time to stroll along its pedestrianised central street, enjoying the peace and quiet of a charming authentic village. 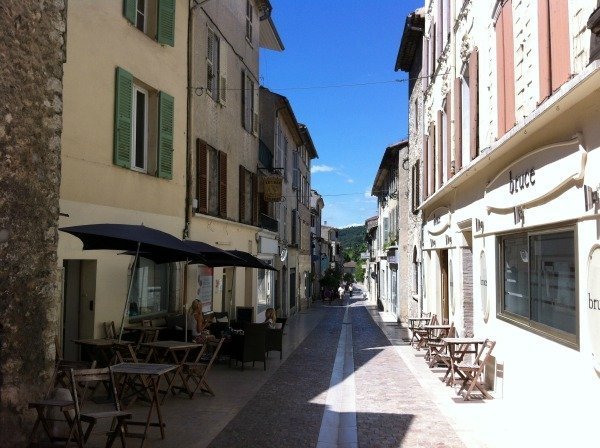 La Colle sur Loup is a village where ordinary people live their lives, there are a few shops and businesses, a handful of restaurants, even a public swimming pool but no crowds. Take the time to stop and look and I think you’ll be charmed in the few minutes you dedicate to it. 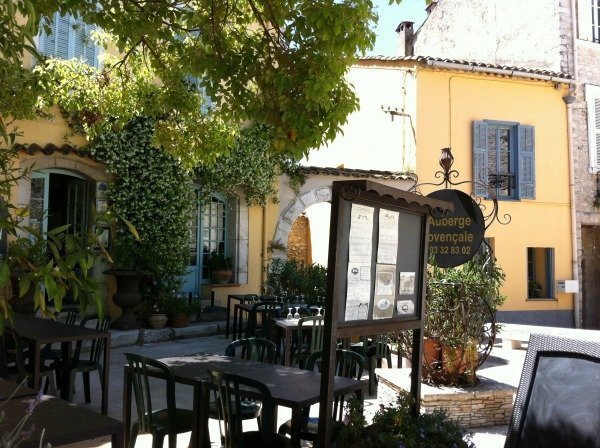 The name La Colle sur Loup is composed of two parts colle and loup. Colle comes from the Occitan word cὸla meaning mountain or hill and loup means wolf, but in this case it’s the name of the river that runs along the edge of the commune (so named because the area used to be home to many wild wolves).  Colle in modern French means glue and when we first moved to this area our then-toddler used to think the town was called “glue on the wolf” which meant, in obvious toddler logic, it became known as “sticky wolf” and as they have a tendency to do, this baby name stuck (pun intended!)

Visiting “sticky wolf” on a regular day, particularly a weekday, you’ll be struck by how empty and calm it is. Wander along the main central street, rue Clemenceau, and you’re unlikely to see many people, unless you visit on a fête day.  La Colle sur Loup holds two regular festivals, one in May dedicated to the rose (photo above) and one in September all about past trades when the village goes back in time.  (I’ve written about it before, photo below).  During the summer months it also has regular outdoor concerts in the central square.

Many of the buildings in the centre of the village are built of white stone, or rendered in white, and accessorised with pale green shutters, quite different to the red, ochre and yellow tones of many of the surrounding towns (particularly Nice and Grasse). 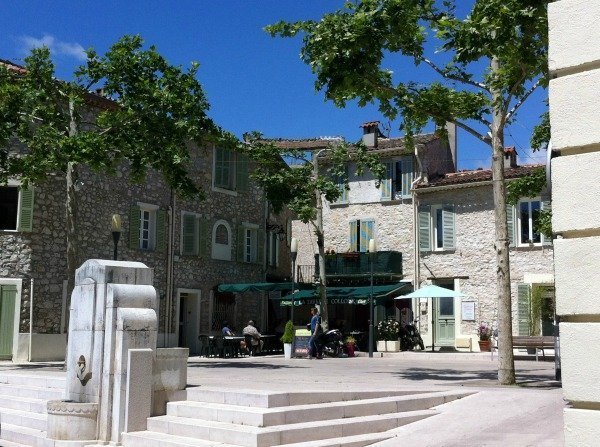 Pop down the side alleys and you’ll find artists’ workshops and plenty of flowers.  Stop for a cake chez Bruce (the name may be as un-French as you can imagine but the patisseries are very much local) or lunch at the Auberge Provençale. 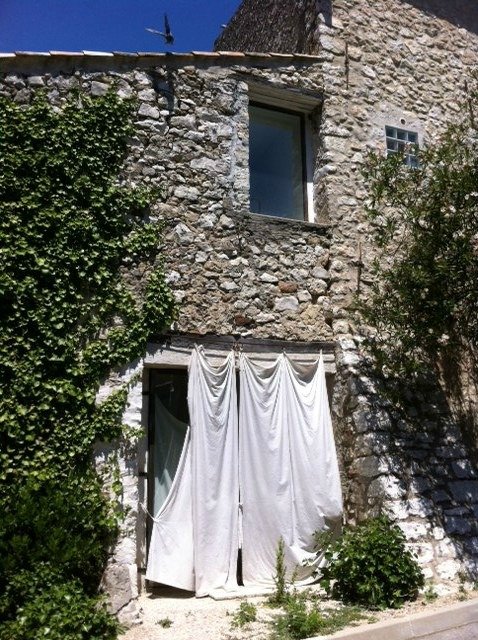 At the far eastern end of the street just after the church you’ll be rewarded with a gorgeous view of St Paul de Vence (photo below) across the valley.

And that’s it really.  It doesn’t take long to visit La Colle sur Loup but you’ll feel like you’ve stepped out of the rush of the Côte d’Azur into an oasis of enchanting pale colours and calm. 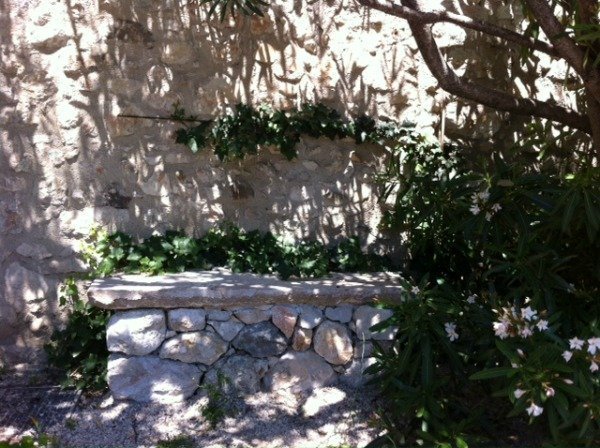 If you want to continue this feeling of being far from the rush of the coast then head out of town towards Roquefort les Pins and very shortly you’ll come to some traffic lights with a kayak on its end (on the left). Turn left here for one of our favourite walks along the Loup river. 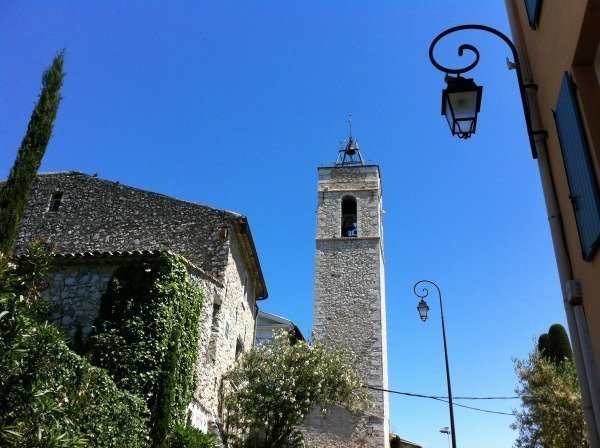 What do you think?  Would you like to visit “sticky wolf”? 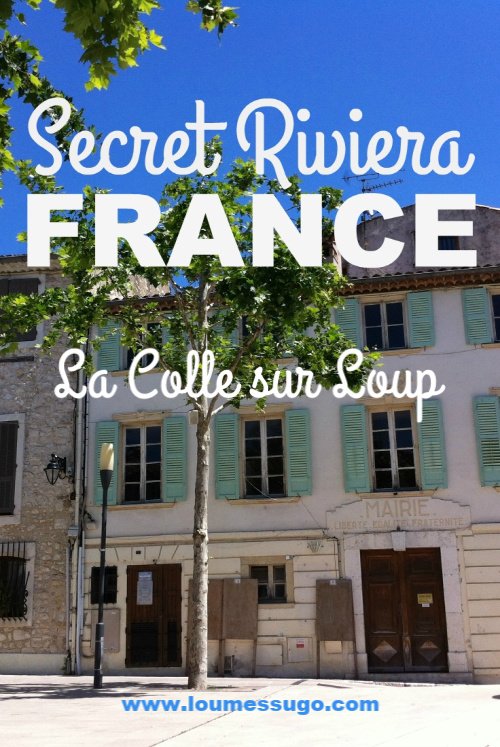