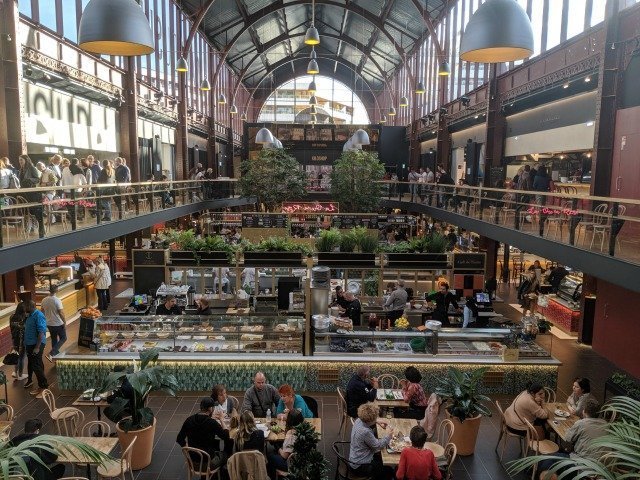 Calling all gourmets, gourmands and foodies, there’s a marvellous new addition to dining in Nice. The Gare du Sud, an old disused railway station in the Libération neighbourhood, has been transformed into a food court or halle gourmande, with around 30 food outlets and several vintage clothing shops.  This is great news for eating in Nice. 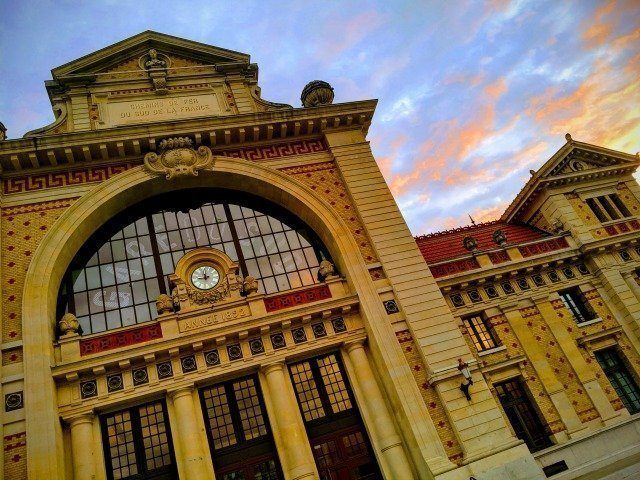 The gorgeous building was built in 1892 as a train station linking Nice with Haute-Provence and other parts of Southern France. It closed in 1991 and has remained unused (other than a small library) ever since.  It was declared a historic monument in 2002. Now it has been brought back to life as a temple to gastronomy, complementing the bustling street market “marché de la Libération” just outside. 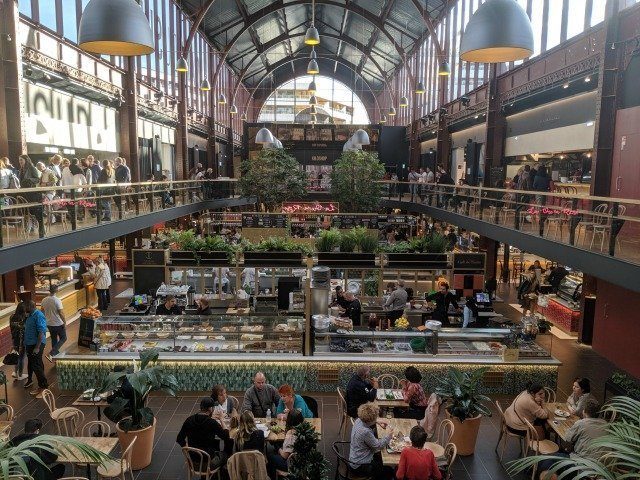 What type of restaurants are there in the Gare du Sud?

Inside the beautiful building, which has been designed to maximise natural light with plenty of lush greenery including some fully-grown trees, there are around 30 food stands and restaurants.  The choice is vast, ranging from local niçois specialities and Provençal dishes to Scandinavian Smørrebrød and New England lobster rolls, from Tex-Mex and Lebanese to Thai, couscous and Goan curries.  There are burgers, all things truffle (as in the savoury tuber not chocolate ball), pizzas, Japanese street food and noodles, an olive bar, create-your-own paninis, gourmet hot dogs, healthy raw bowls and juice bar, sushi, a cheese specialist, Menton lemon products, hearty traditional French dishes, grilled meat, charcuterie, cookies, gelato, crêpes and waffles.  No doubt I’ve missed something!  As well as these outlets, there is an Italian trattoria and an annexe of Nice’s famous Café de Turin – oyster bar and seafood restaurant, not to mention a fabulous bar (with tapas) in the middle of it all.

Fabulous new food court #hallegourmande in Nice Libération. La gare du Sud is an old railway station, closed since 1991 but recognised as a historic monument since 2002, now beautifully restored and rejuvenated to house around 25 different restaurants. Huge variety of cuisines to choose from and an excellent bar. What’s your favourite food? Let me know and I’ll tell you if you can find it at #garedusud in Nice #niceisamazing #topnicephoto

Is the Gare du Sud only for food and drink?

Upstairs in the mezzanine, you’ll find art galleries, vintage clothing and accessories and an Emmaüs charity store.  There’s also space for live music performances which I believe are going to take place. 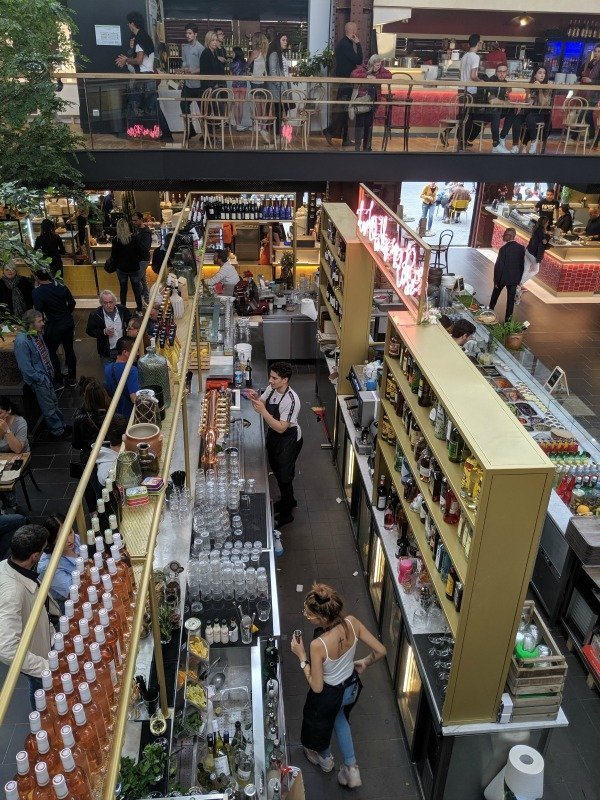 I don’t write about restaurants in general on this blog as they can change so often and there are plenty of other sites more useful than here to find a place to eat. But I’m making an exception for the Gare du Sud because it is so much more than just a bunch of restaurants.  It’s a fabulous addition to the dining scene in Nice and a great repurposing of a historic old building. 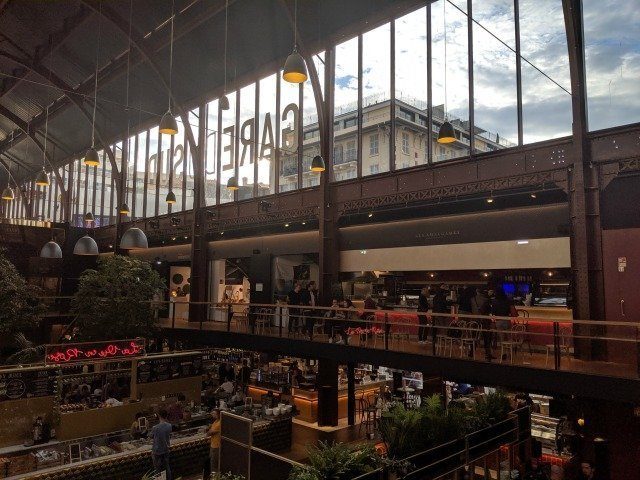 Food all day long at the Gare du Sud

It’s a place to go at any time of day (rare in France), for a snack, a coffee, a drink or a meal.  Going out in a group (or family), everyone can choose something different, no need to agree on a particular type of food, no arguments over whether to eat burgers, noodles or smoked salmon.  Choose your food and sit anywhere, including outdoor seating. 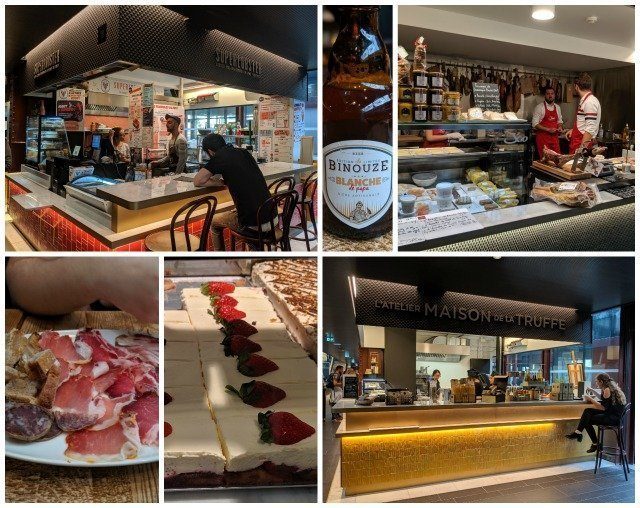 What did we eat?

When we went as a family to test out the Gare du Sud I had very tasty Lebanese mixed mezze from Mahata. JF had rognons (kidneys) from Les Cocottes Françaises (all dishes cooked in “cocottes” ie casseroles). The little kid had a gourmet burger from Les Burgers de Papa and the Teen had a grilled veal wrap from Grillé which he loved. We all shared a plate of delicious mixed cheese and charcuterie to start from Le J’Go (a play on the word gigot meaning meat leg) and the kids had cookies from Emilie and the Cool Kids to finish. We all enjoyed our food and honestly I was tempted by pretty much everything and will be going back over and over again to try more. 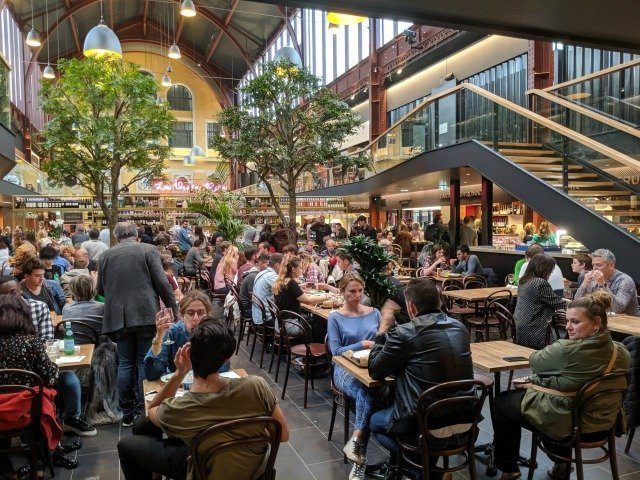 This sort of food hall is very rare in France, I’ve only come across one similar-ish place in Paris, Station F in the 13th arrondissement.  However, it reminds me of Mercato Centrale in Florence and to a lesser extent Mercado de San Miguel in Madrid, both of which are amazing markets with food outlets, though somewhat smaller than the Gare du Sud. (Photos of all three in respective order below).  The concept appears to be pretty popular as both the photo I put on Instagram (above) and on the Lou Messugo Facebook page were among my most liked photos ever.  I really hope it’s a success (and I don’t doubt it will be!)

Personally I love this kind of eating and am so excited the Gare du Sud has opened in Nice.  What do you think of food halls like this? Have you been to any?  I highly recommend you try Gare du Sud if you can. 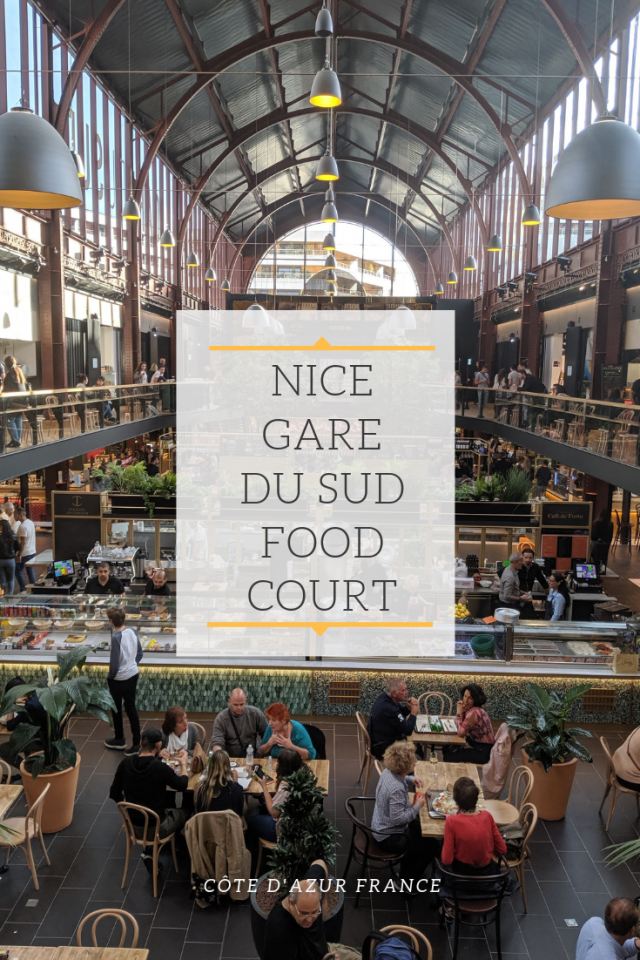 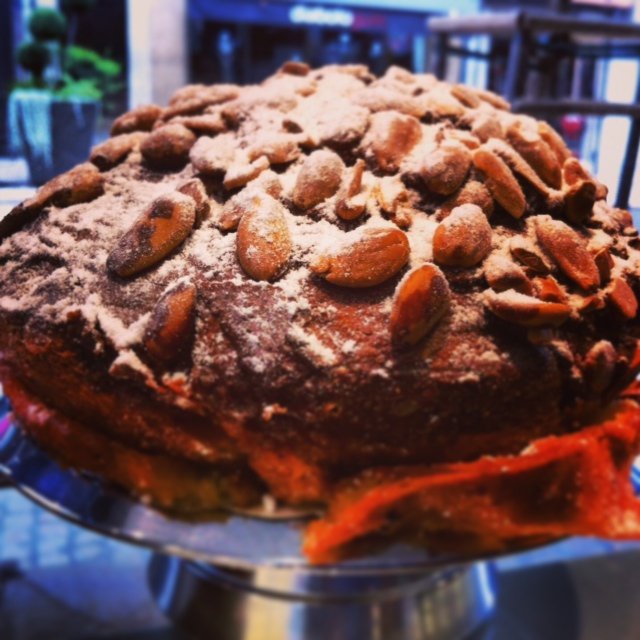 No outings for us this weekend as we've had a loca

On a recent drive this deserted farm caught my eye